Keystones to the vaults

There are many keystones to the vault that we can admire in our monastery. They are located in different dependencies, especially those that are conserved in the church, chapter house and cloister.

The keystone is the central segment of a vault, and it is usually larger than the rest. The keystone is supported due to its shape, since its side faces are cut at an angle, which allows pressure to be transmitted and prevents the construction from collapsing when supporting a vertical load. The last piece that is placed in a vault is the keystone, until it is not well positioned, the structure is unstable. That is why the vault was supported by wooden falsework, which were only removed once the keystone had been placed and the structure was completed.

Among the vault keystones of the cloister, the geometric ones with Islamic-inspired ties, six-pointed and eight-pointed stars, openwork vegetables motifs, a castle and an eagle stand out. In short, very simple models that are often repeated throughout the monastery. 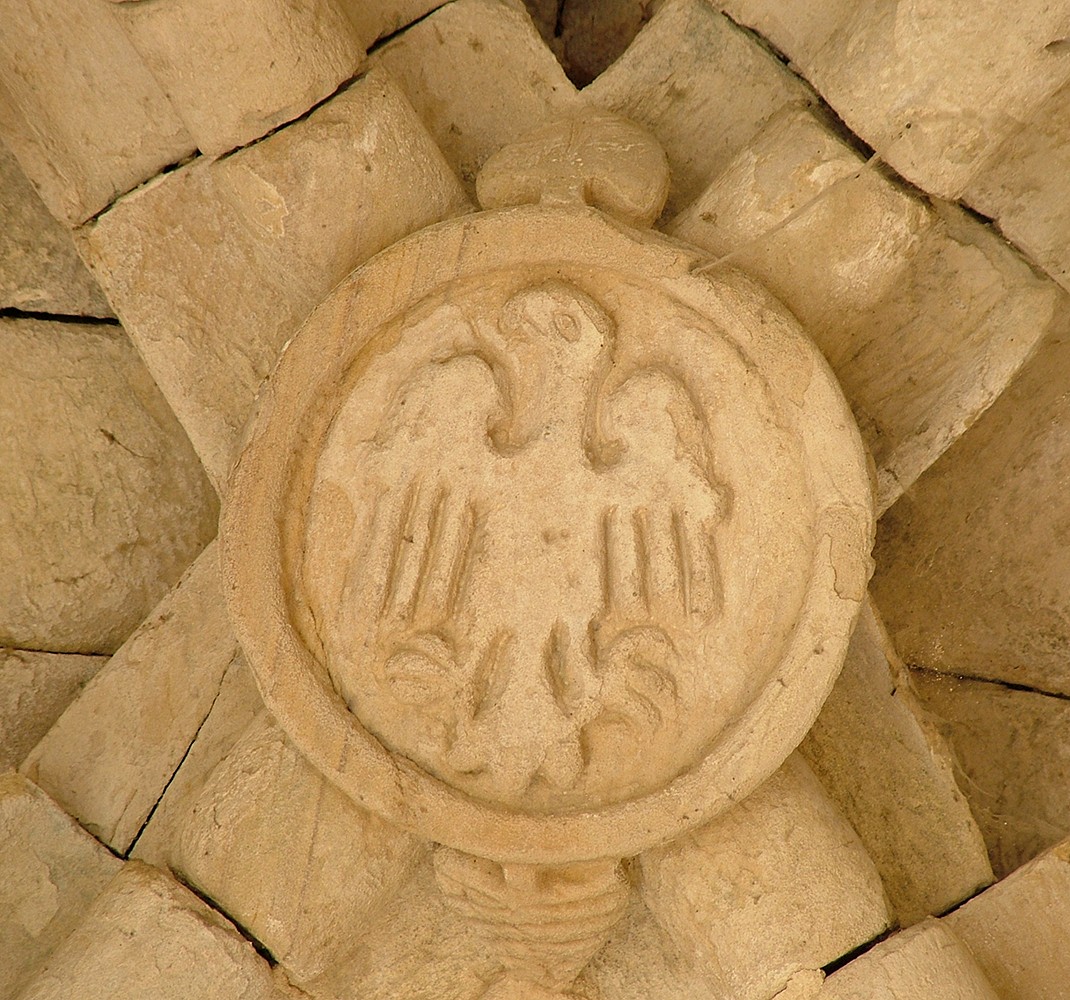 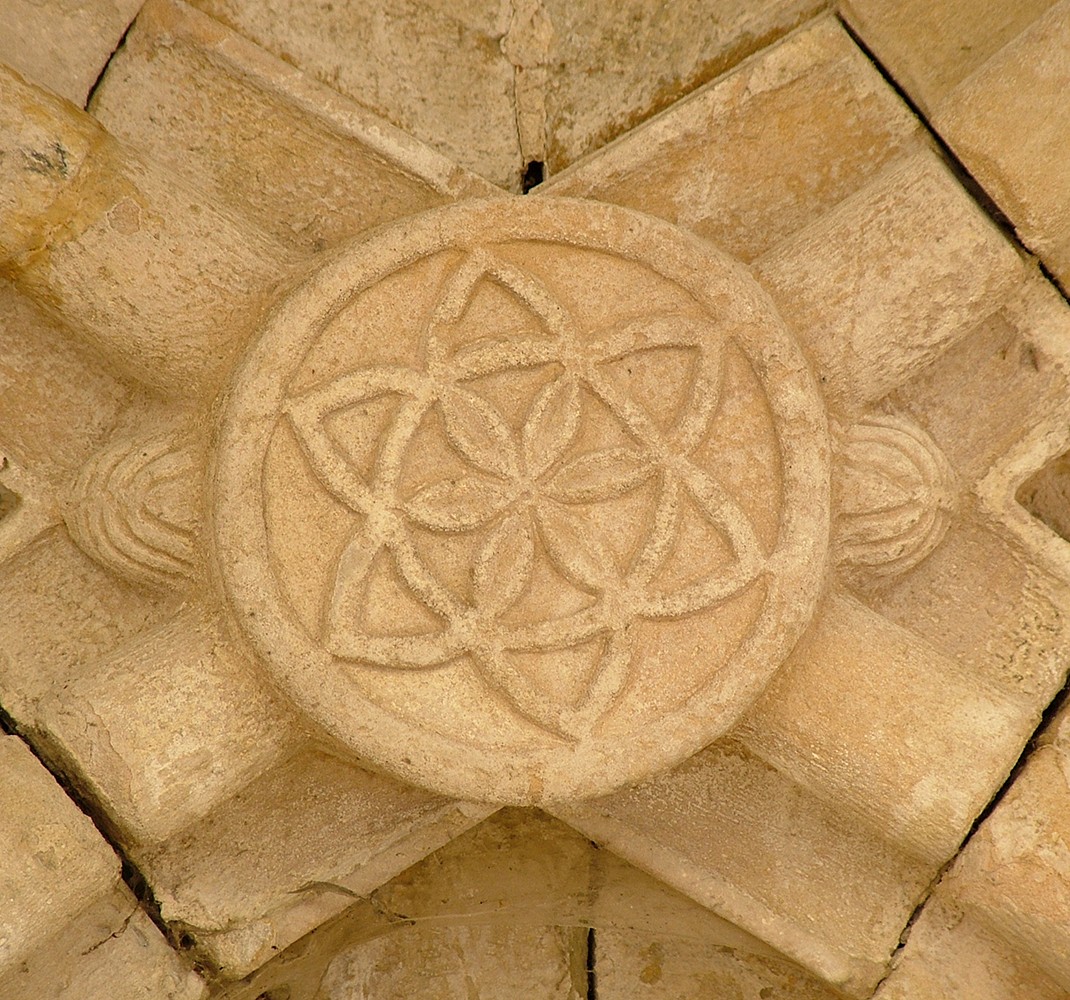 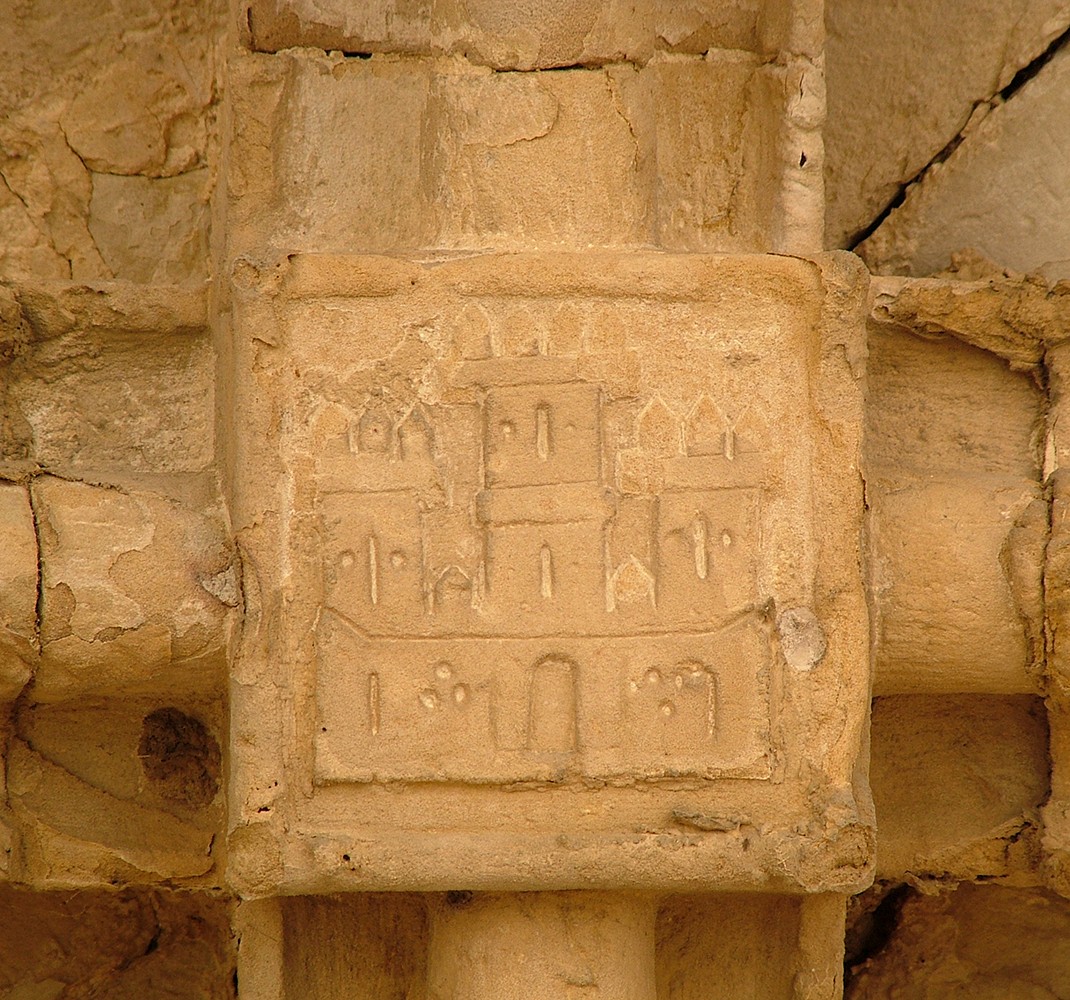