Marks of the Spanish Civil War

During the Spanish Civil War, the monastery was used as a military barracks and explosives park for the national army, specifically the first flag of the Falange de Palencia. Remains of that occupation are kept in the chapter house of the monastery, where a yoke and arrows, symbol of this militia, were engraved on one of the shafts, although similar graffiti can be seen on the walls of the entire monastery. We must point out that not all the marks found correspond to this war period, we also find inscriptions made by "visitors" of the monastery when it was abandoned, leaving their signature for posterity. The question about why these marks were not erased during the restoration of the 1980s is often recurring. The reason is due to the "archaeological" criteria of such restauration. These marks are part of the building's history and as such, we must respect them. We can call them the monastery scars, but if someone left their "signature" today, they should know that it would be erased and they would be fined.

The graffiti are not the only testimonies that have their origin during the Spanish civil war. If we look at the walls of the monastery we observe numerous bullet impacts, being very visible in the windows located in the entrance courtyard of the building. These bullets are not the result of any battle, but are due to moments of rest and training of the soldiers. 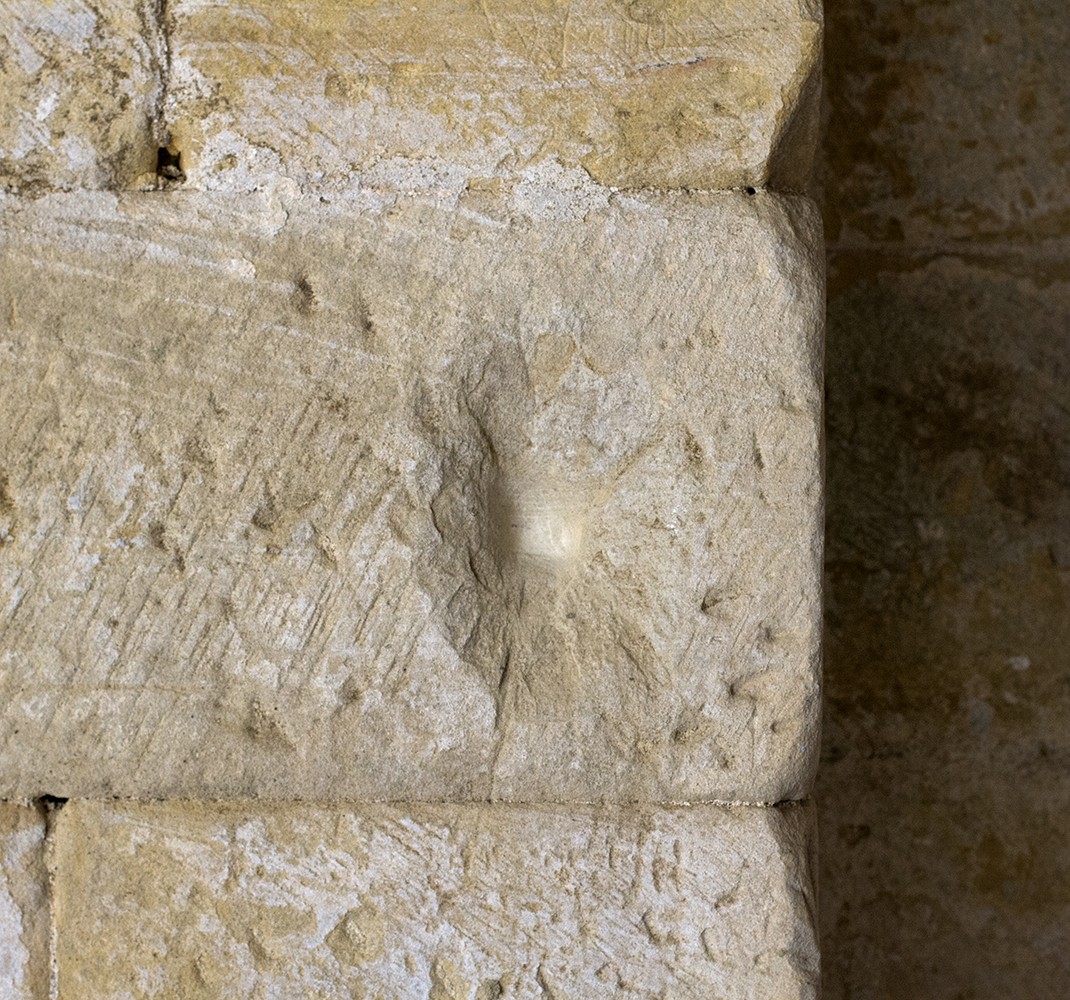 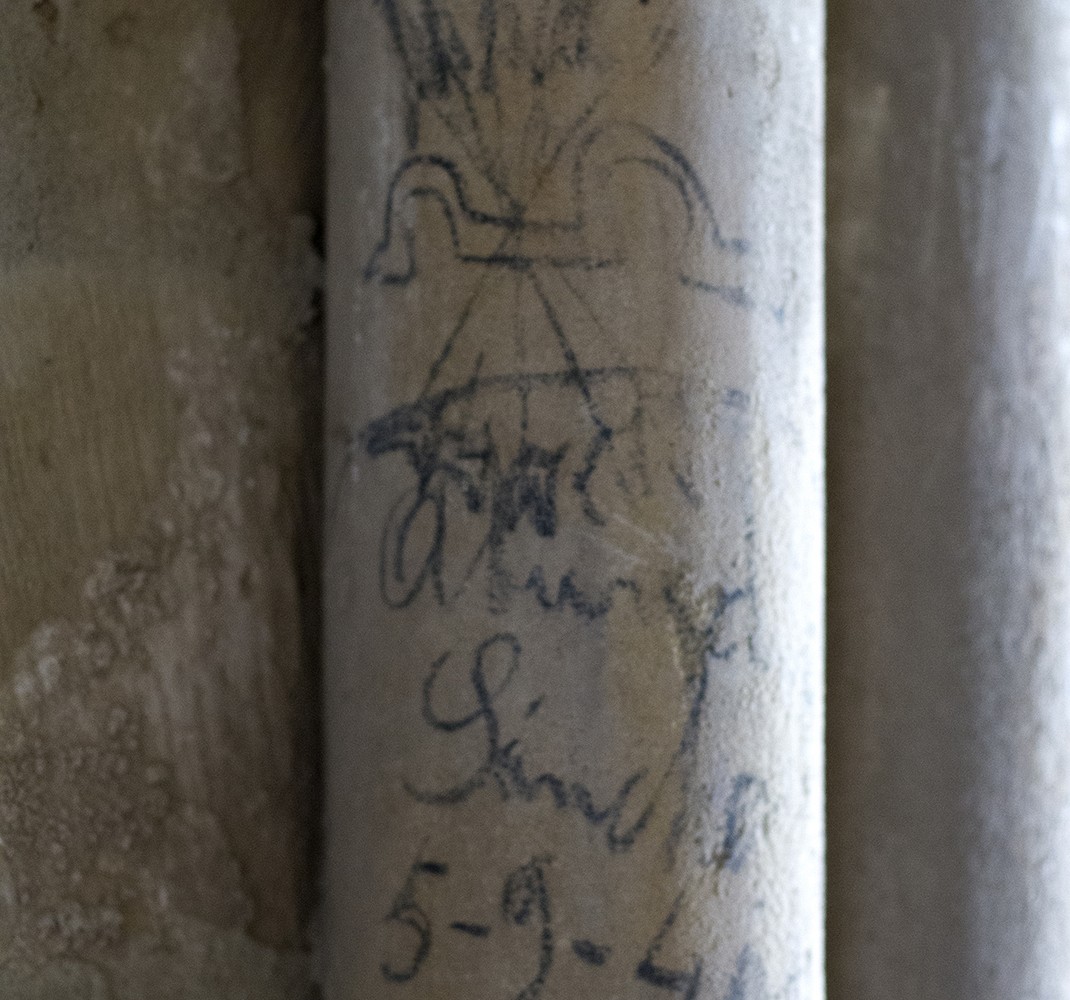