Central area of ​​the cloister.

In the center of the cloister there is a shallow well which is accessed by three descending steps (placed on the east side). The well has a medieval chronology. It has a structure formed by a square plinth on the outside and a circular base on the inside. The corners are decorated with semi-columns with smooth capitals. This well is reminiscent of the blessing font found in the Retuerta monastery, also Premonstratensian. The state of the well is quite poor, but it attracts the attention of all visitors who look out looking to find water.

The piece seems reused in post-medieval times when the attractive pavement was built with modern geometric shapes, since its fit is quite imperfect.

Unlike other monasteries, which had a fountain in the cloister to supply water, it seems that here it has more of a function of evacuating the excess water from the monastery, while the function of obtaining fresh water is assumed by the stream, whose origin It is in the natural spring that arises from the rock. Stream from which pipes emerged in order to distribute the water through the building. 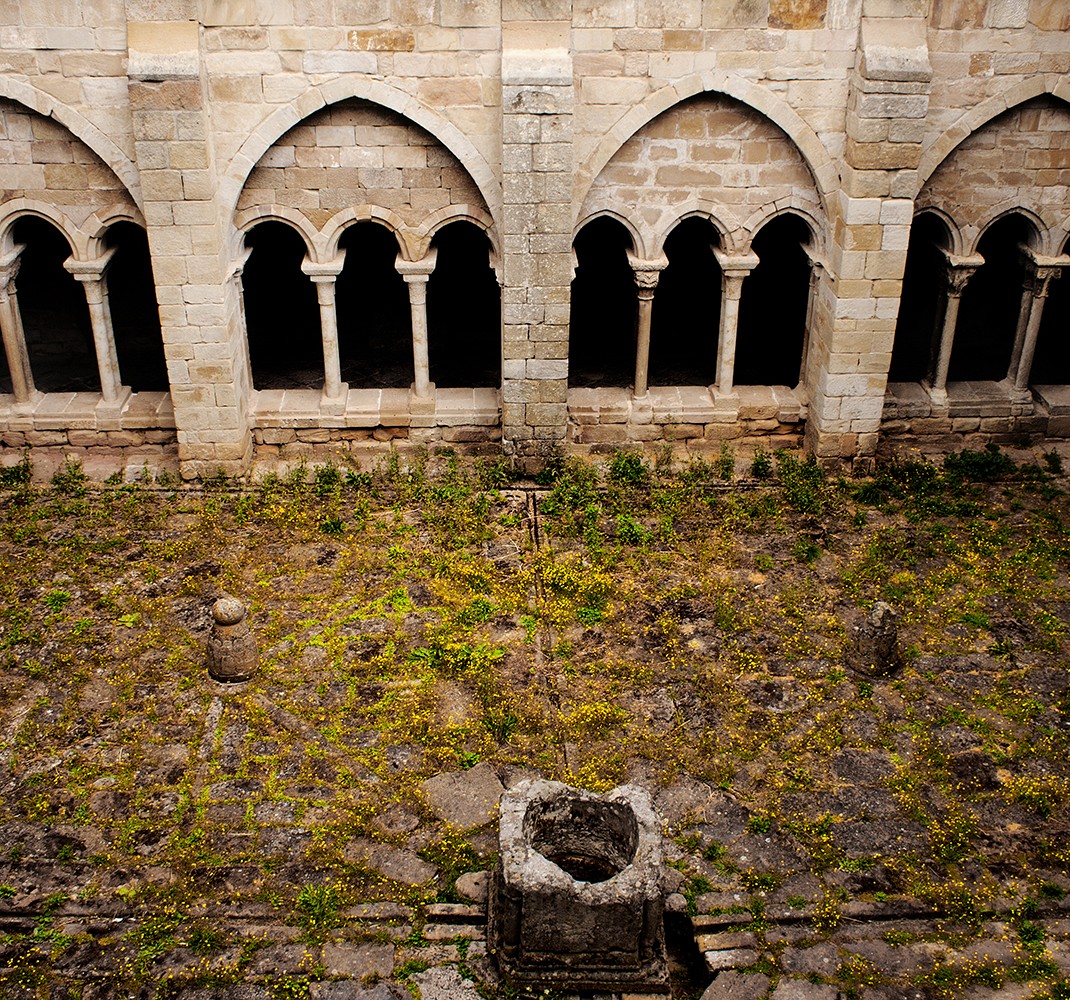 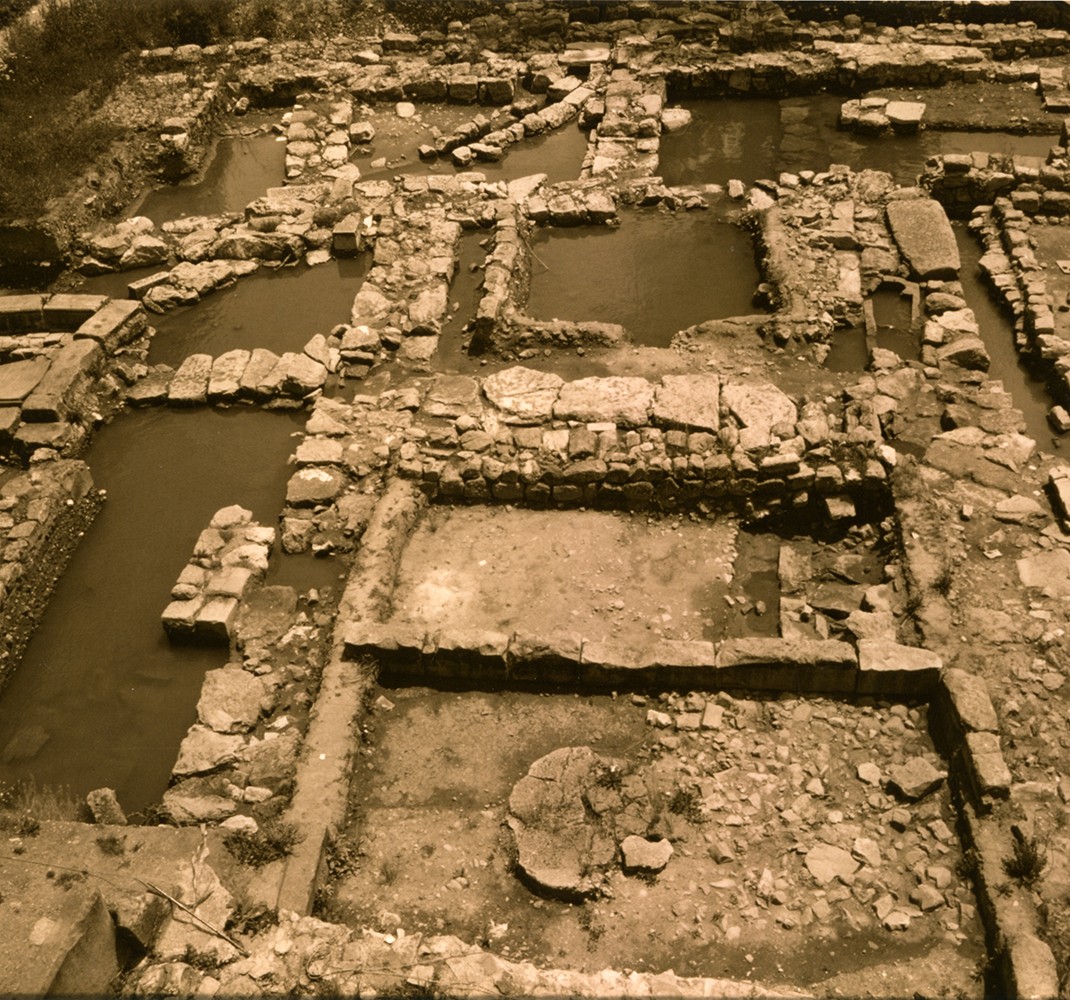 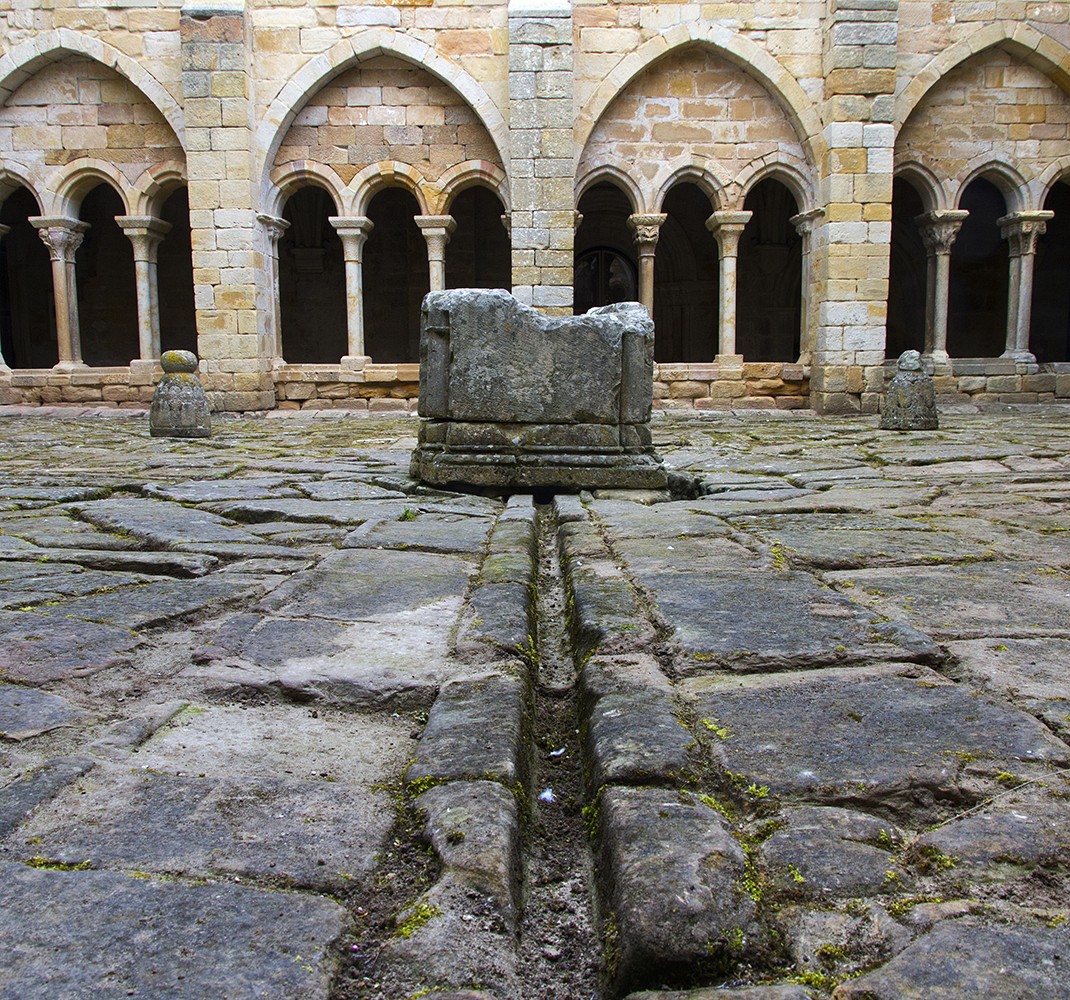