Marks of stonemasons, inscriptions and epigraphs.

Marks of stonemasons, inscriptions and epigraphs.

West gallery of the cloister.

The stonemason marks are the signatures that were carved on the ashlars, with the aim that each stonemason could mark his work and collect the agreed salary for it. There are different types, from deeper and more worked marks, to other simple and small ones. When identifying ashlars marks, we should not confuse them with the so-called placement marks, which indicated how the ashlar should be arranged on the site.

In the case of the monastery, thanks to the analysis of the stonemason marks, we can verify the clear constructive differences and the reuse of part of a previous building. While on the north, south and west walls there are a great density of marks that coincide with other monasterial spaces, such as chapter house, parlor, refectory, etc. In some shafts or ashlars a very specific mark appears, a cross that is absent in other rooms.

In the west gallery of the cloister we can also see several carved crosses. These crosses have been interpreted as funeral marks that indicate the existence of an ossuary or the location of a grave located under the ground. The same funeral purpose has an inscription that we find in the same gallery, and that mentions “ERA MCCCXLVI (year 1308) OBIT (dies) MIGUEL PEREZ CLÉRIGO DE VALLEGERA” (clergyman of the town of Vallegera). 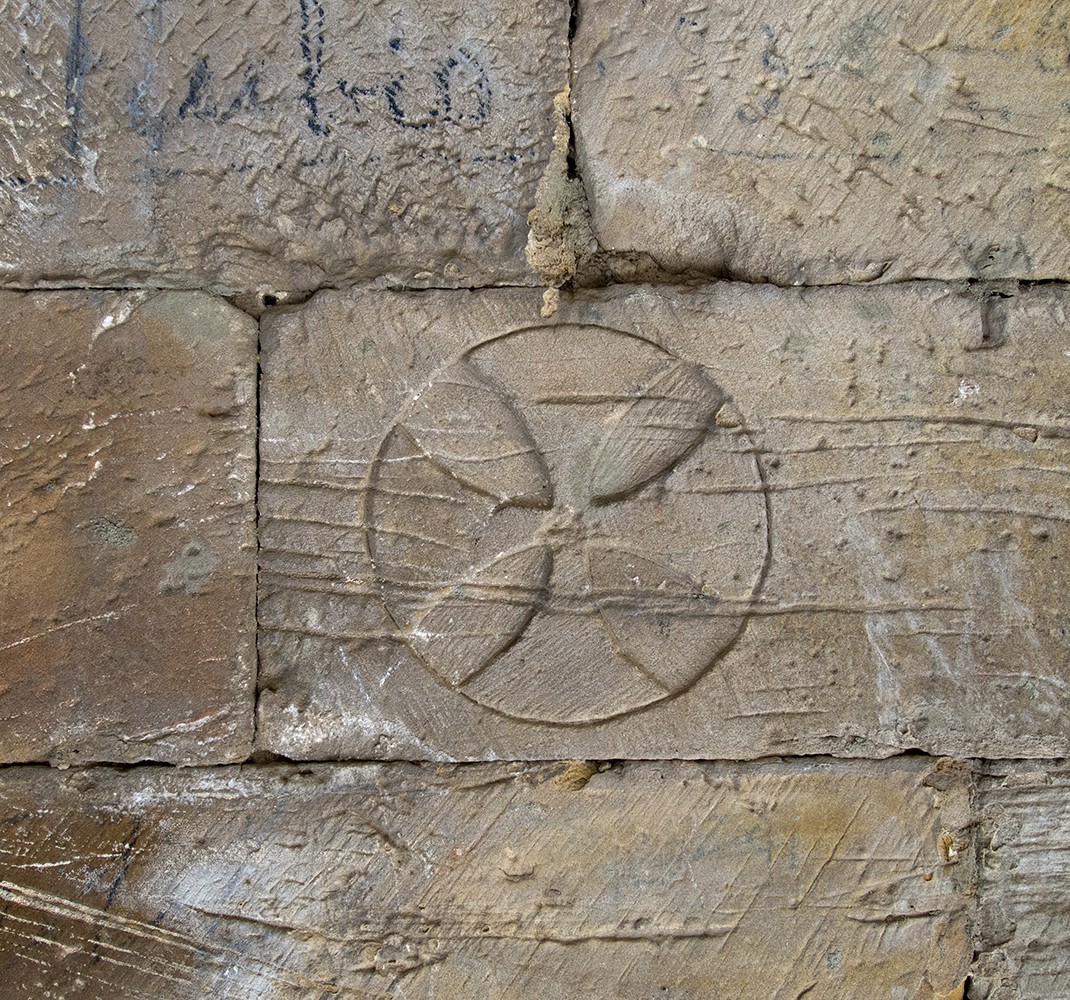 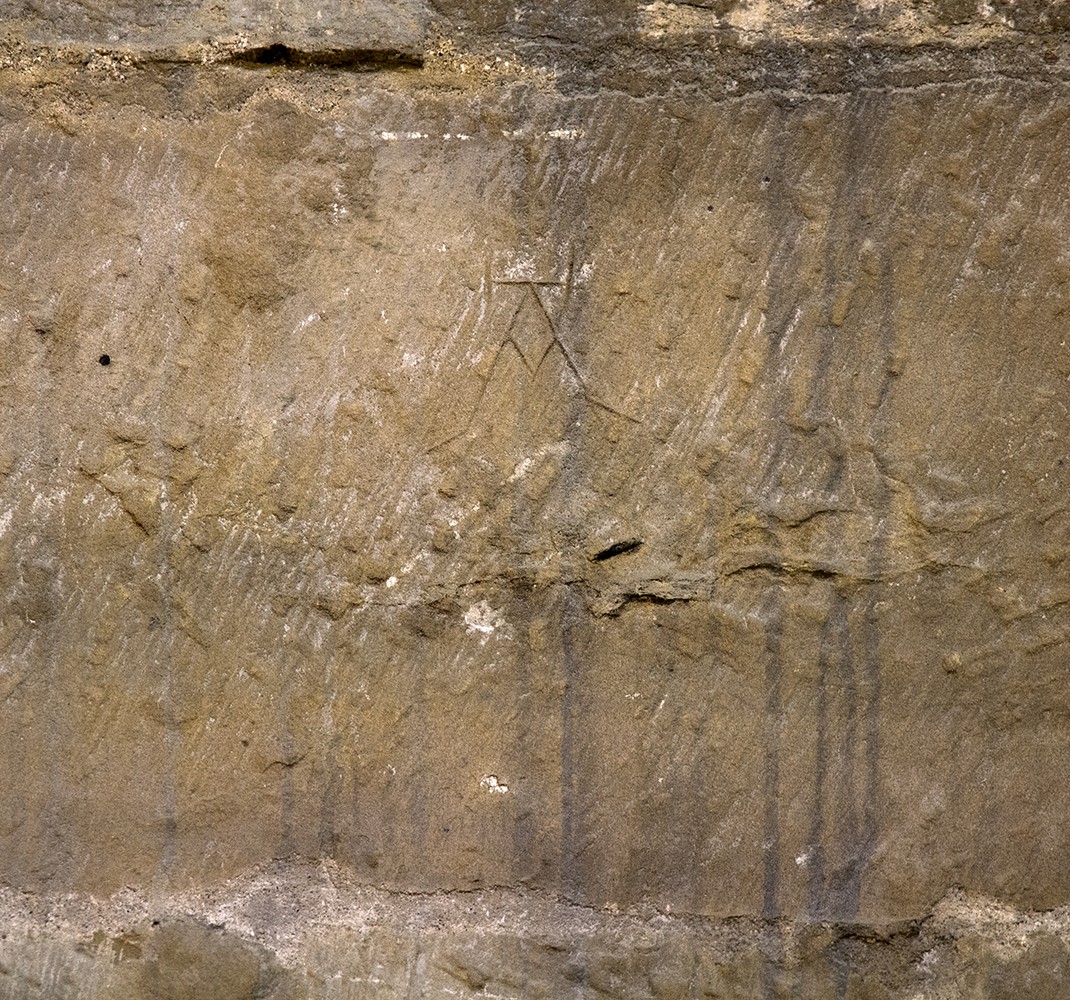 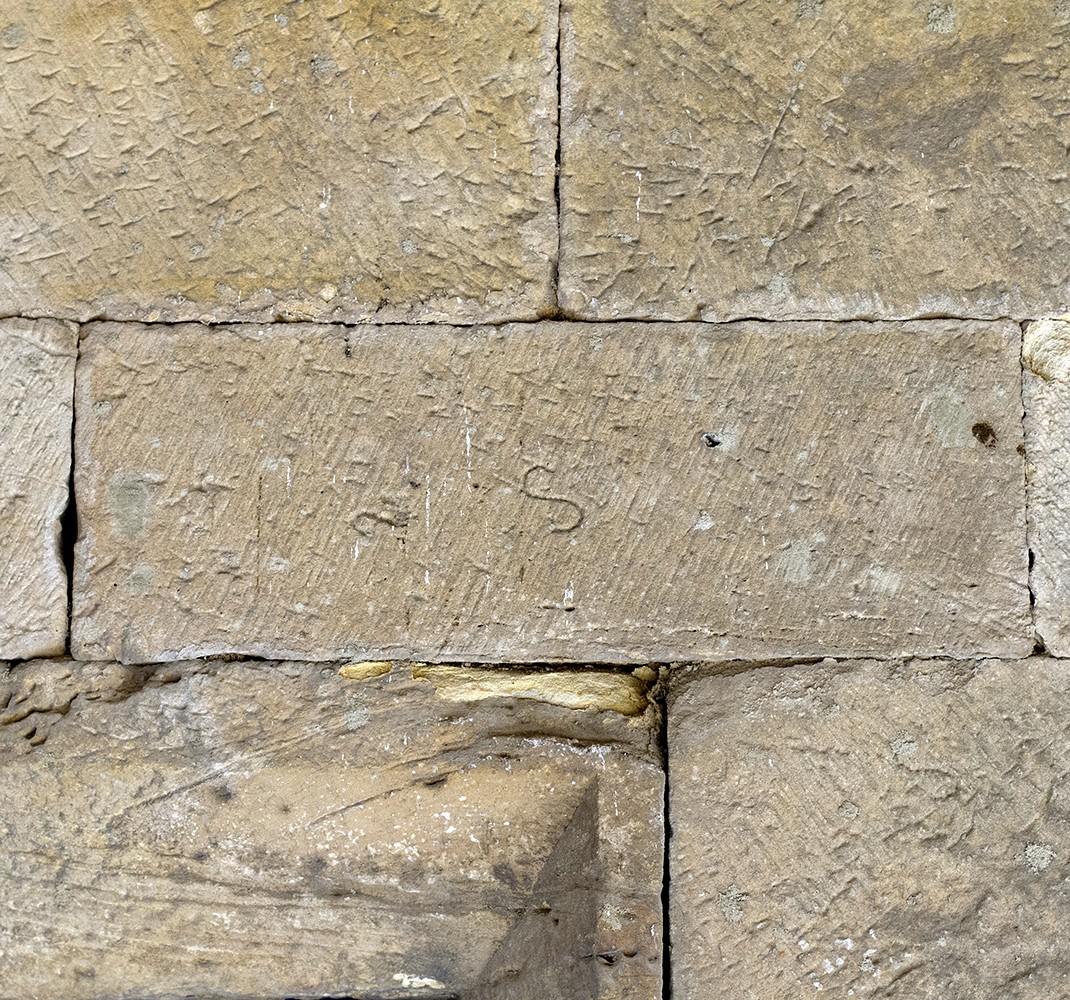 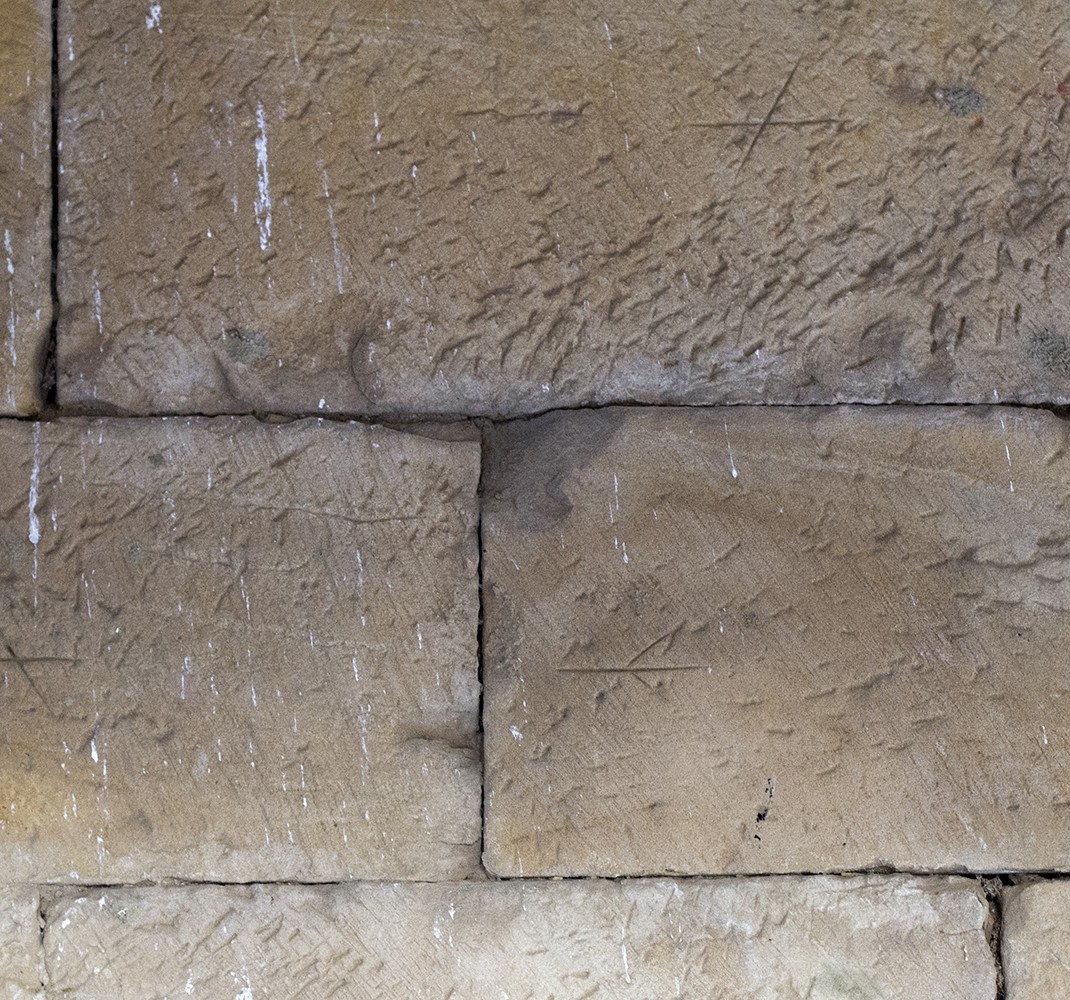 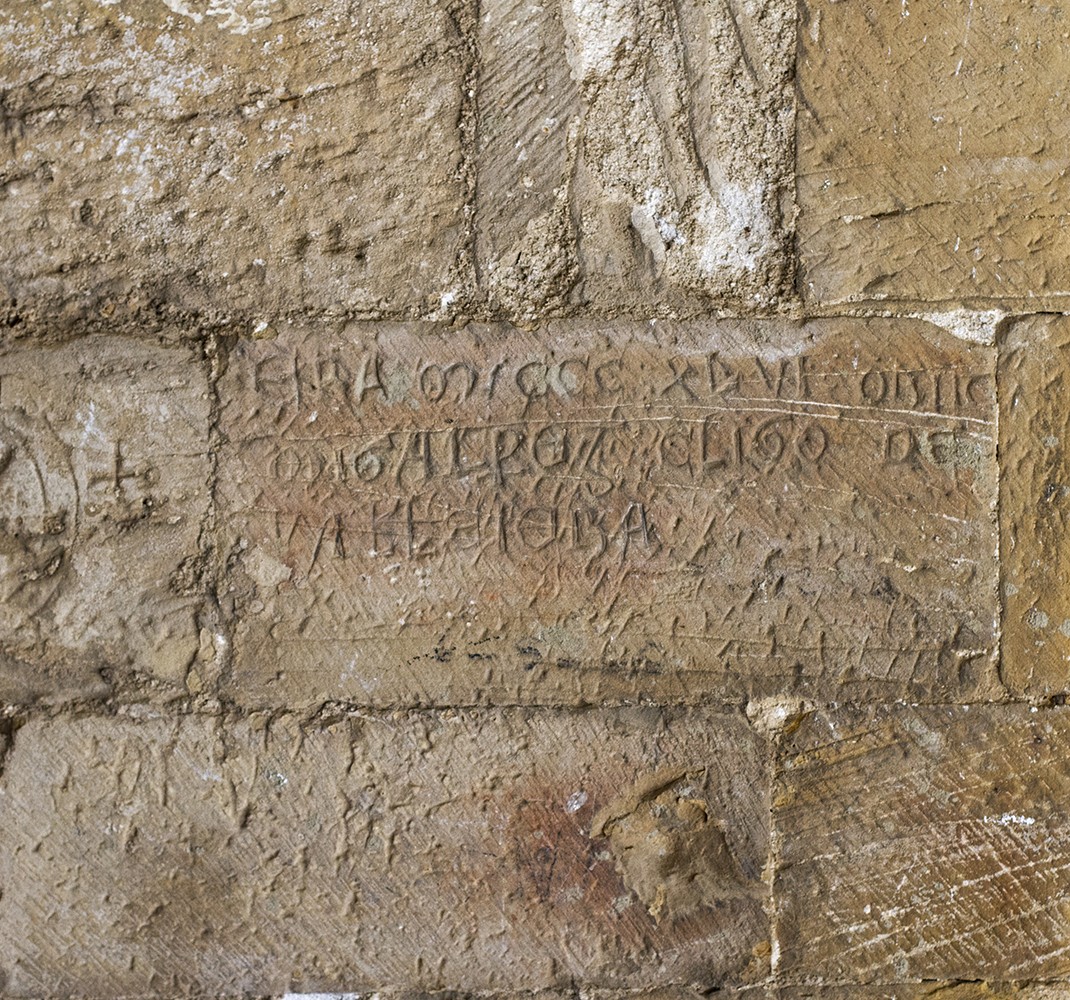