If we look up, we can still see the so-called “consecration crosses” on the church walls. These crosses refer to the twelve crosses anointed with sacred oil and arranged inside the church. They were placed during the ceremony of consecration of the building by the bishop, and represent the apostles, who act as pillars of the Church, which like the crosses, support and protect the temple.

These are ritual signs that are traced on top of the walls of the temples in order to bless them, sanctify them and give them a character of protection against the forces of evil. Romanesque crosses are characterized by an enormous simplicity in their lines, generally red, and framed in a circle of the same color.

The consecration crosses should not be confused with other cruciferous signs drawn on the walls of buildings, such as those representing burials.

In the church of our monastery we do not keep the twelve consecration crosses, but we challenge you to find out how many are kept. 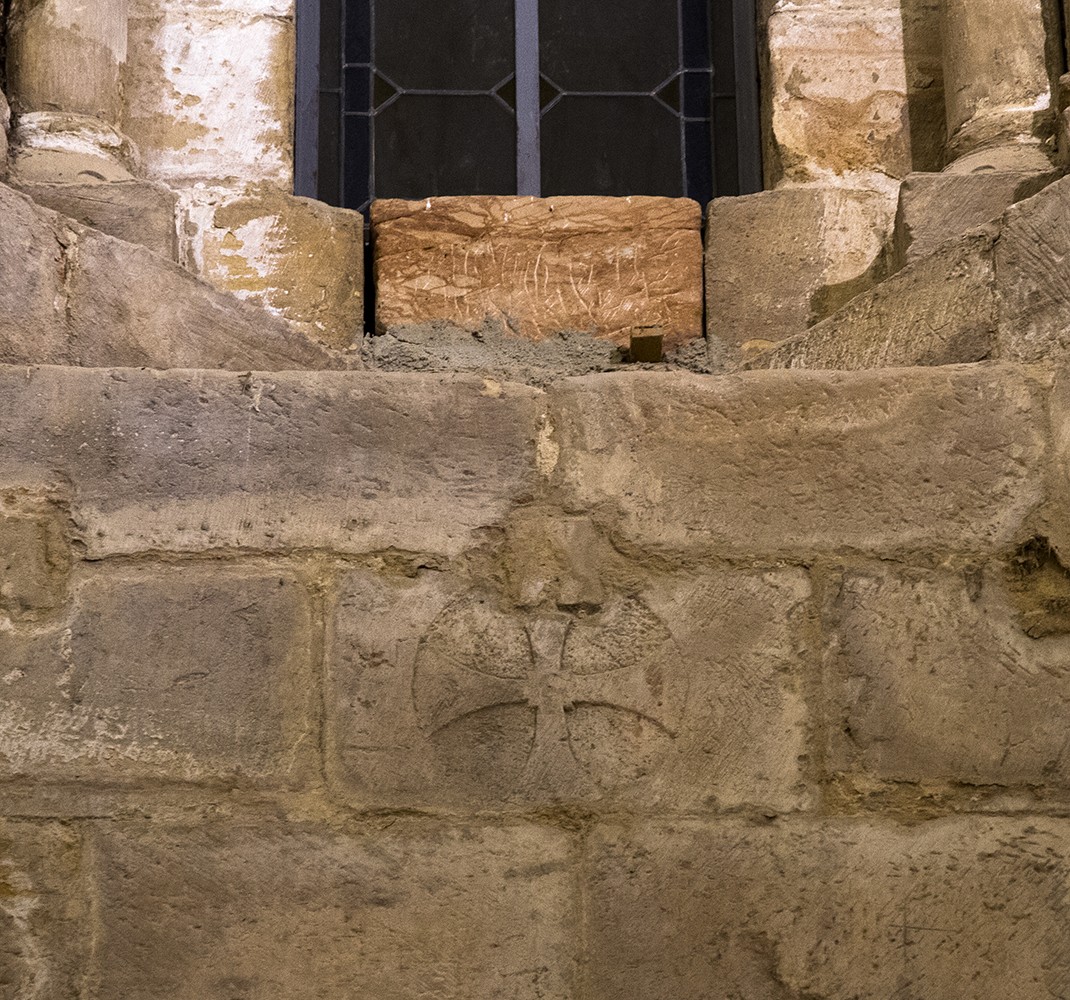 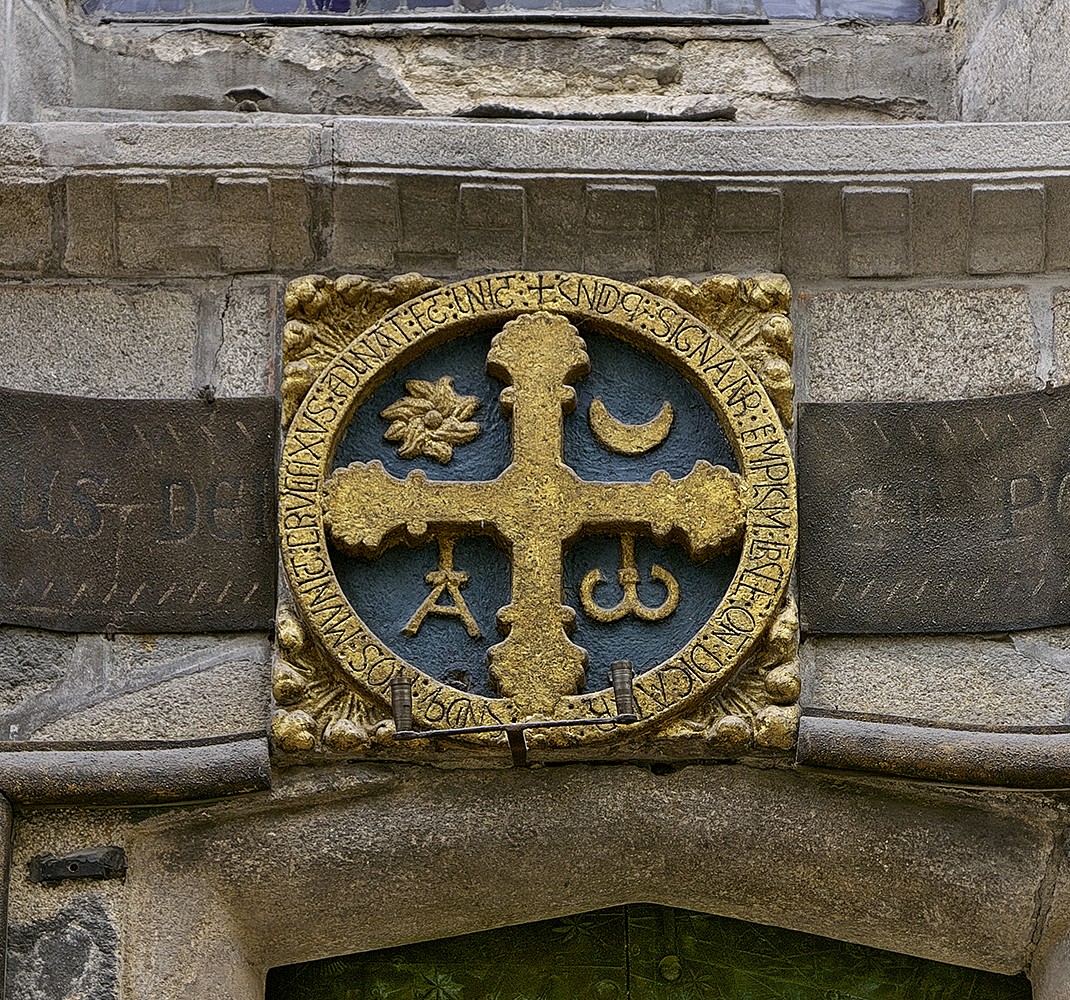