Coat of arms of the family "Villalobos - Solorzano"

South apse of the church.

The connection of the nobles with the monasteries was very important, because many of them were maintained thanks to the donations made by the wealthiest families in the area. As proof of this relationship we can admire, in the monastery church, this shield belonging to the Villalobos-Solórzano family. In it we see two griffins that hold the shield, where a knight appears accompanied by a dog, the image of a castle and the wolves, all symbols of that family.

Although the lineage was closely linked to the monastery, being one of its founders and preserving several burials, the shield does not come from this monastery. It appeared during the works carried out on a site on which an old house stood. The family that found it gave it, in deposit, to the Monastery of Santa María la Real. The family coat of arms can still be seen in several old Aguilar houses that were his property. 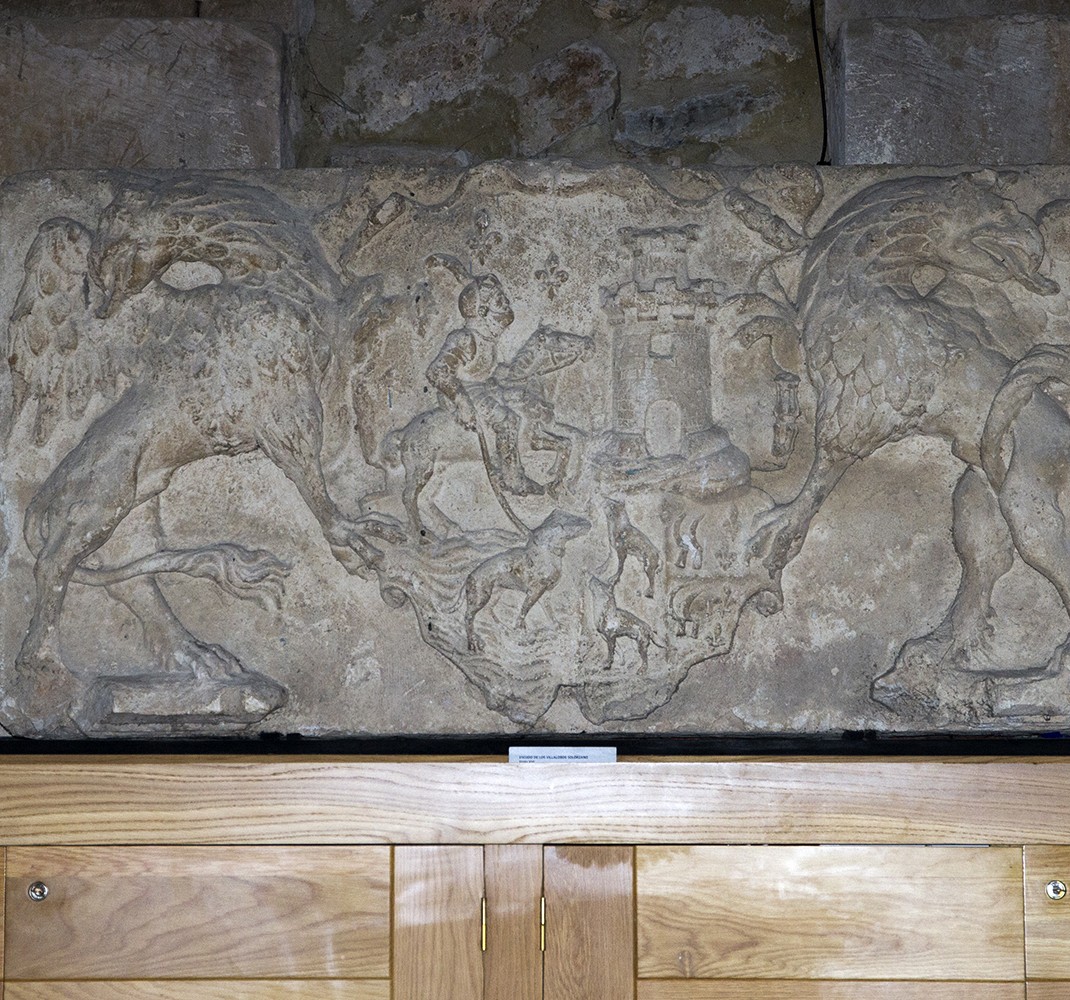 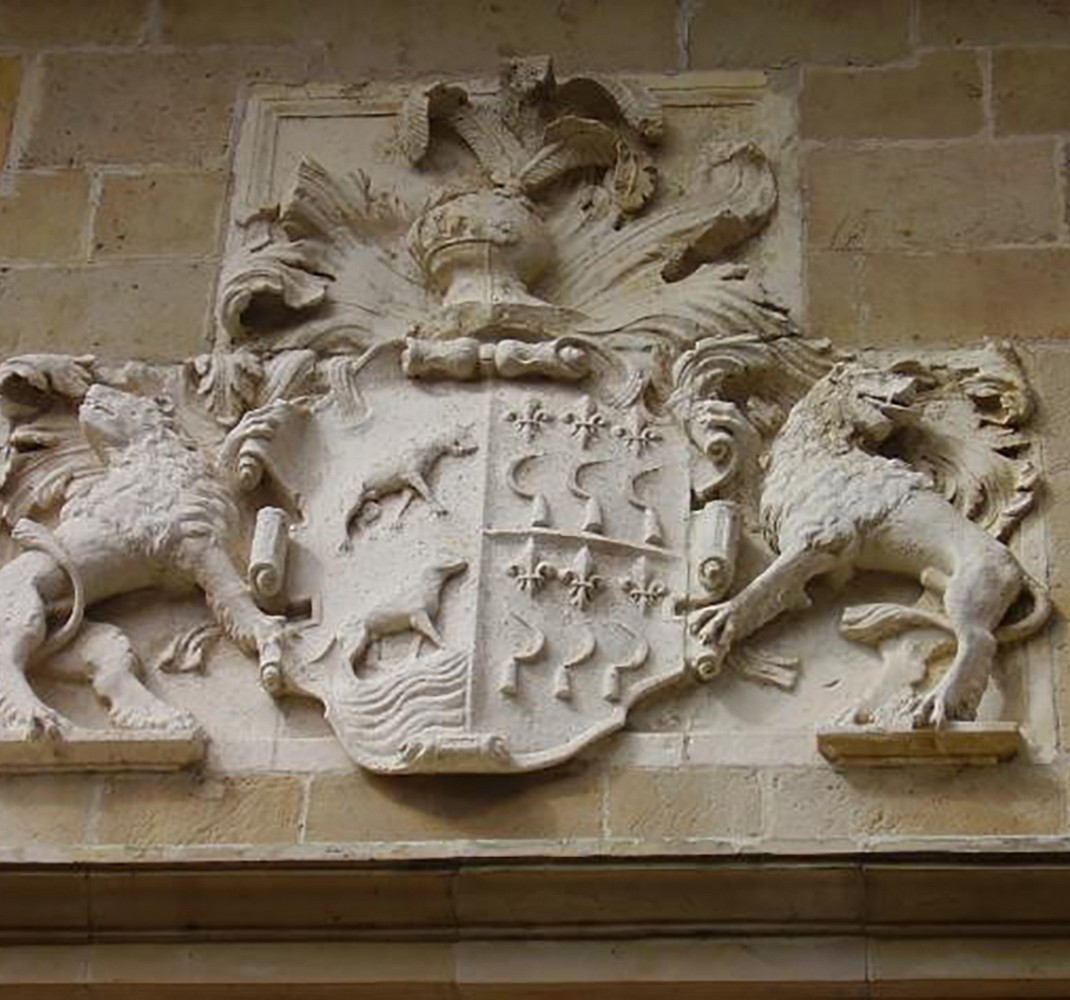