Ashlar with inscription of consecration

Among the most outstanding pieces that the museum guards, we find the ashlar in which the inscription of consecration of the monastery church is carved.

The few inscriptions from the end of the 12th century and the beginning of the 13th century that appear in the temples of northern Palencia are characterized by a marked archaism, that is, instead of presenting a Gothic script, they maintain the Carolina tradition. This is how we can see it in this inscription of consecration.

When the inscription of consecration is kept in a building it provides a lot of information. In this case, it tells us that it was Bishop Mauricio de Burgos who was in charge of consecrating the temple in 1222 and allows us to know that the construction of the church was finished on that date. Aguilar de Campoo belonged to the Diocese of Burgos until the 20th century, when after a new organization of the diocesan space it came under Palencia.

A very interesting aspect is that the piece, originally, was not conceived to be used as an ashlar, but as a capital. On one side of the piece it is observed how the flat vegetable leaves that would decorate the basket begin to be worked. As a result of some failure, it was rejected and was reused as an ashlar to which the inscription was added. 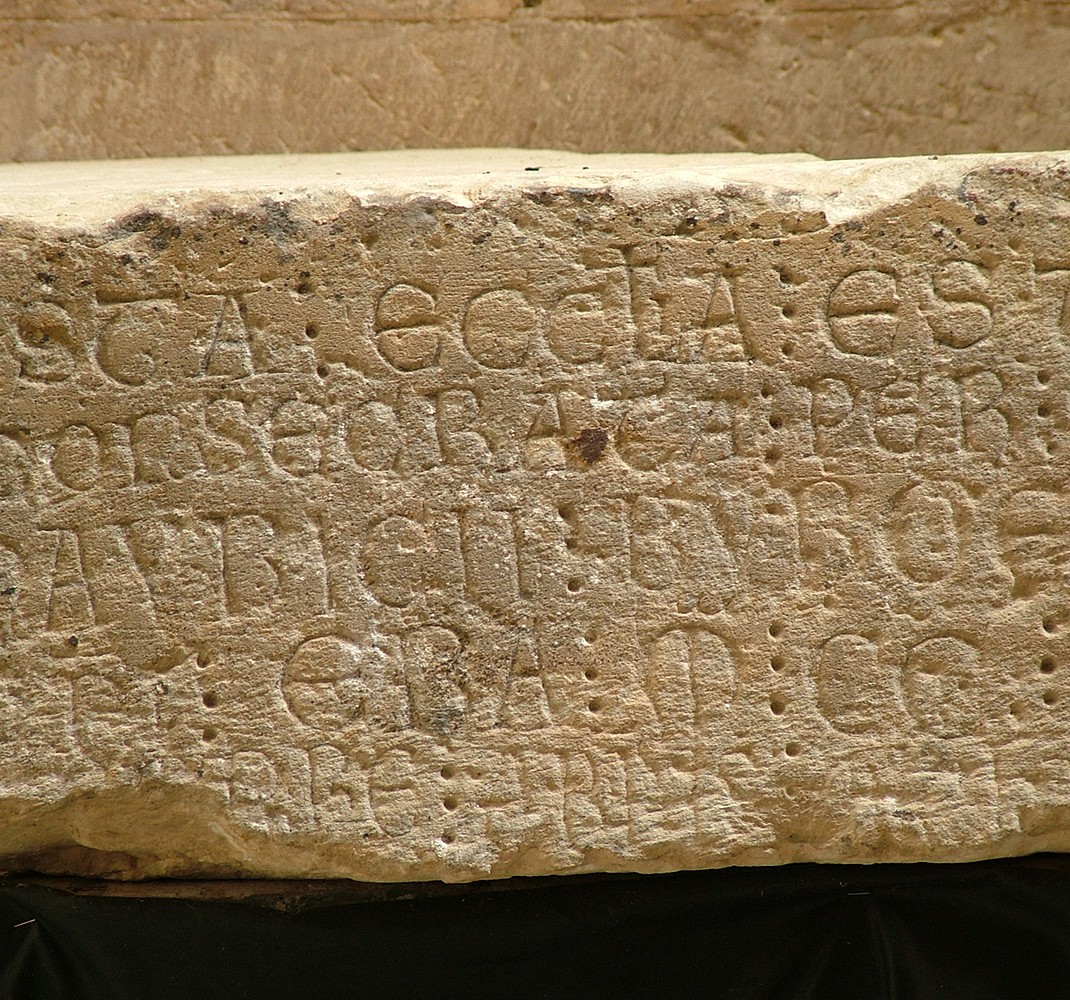