In the sacristy of the monastery we find different reproductions of capitals, among which the one belonging to the disappeared monastery of San Pedro de Valdecal stands out.

The original is in the National Archaeological Museum of Madrid. Together with two other capitals of the same size, they constitute the few remains that we conserve today of this monastery. San Pedro de Valdecal was approximately 18 kilometers southeast of Aguilar de Campoo, on the border with Burgos and in the municipality of Santa María de Mave, where a Benedictine monastery of the same name is located, on which Valdecal was dependent. .

In the capital, dated at the beginning of the 12th century, we observe four characters in a scene that has been called the “preparation of the mortar, carrying and working of the stone”. The man on the left tilts his body, turns his head, and grabs something with his hands. For their part, the characters located in the central part carry a vat on their shoulders, wear a short tunic and appear barefoot. Finally, the one on the right grabs the man carrying the vat by the waist, and the man, in turn, takes his hand, perhaps in an attempt to help him. As stated in the Encyclopedia of the Romanesque “although the somewhat crude execution of this piece this relief away it from the creations of the great masters to whom it is indebted, it is no less It is true that our sculptor is an expert connoisseur of the stylistic environment of the Toulousse-Jaca-Fromista-León-Compostela axis”. Another interpretation has been offered on the capital scene, which suggests that an ordeal is being performed. Trial to which the accused were subjected in the Middle Ages to find out their guilt or innocence. Different types of tests were carried out such as duels, use of fire, hot iron or putting the hand in a bowl with boiling water, an action that would be sculpted on the basket 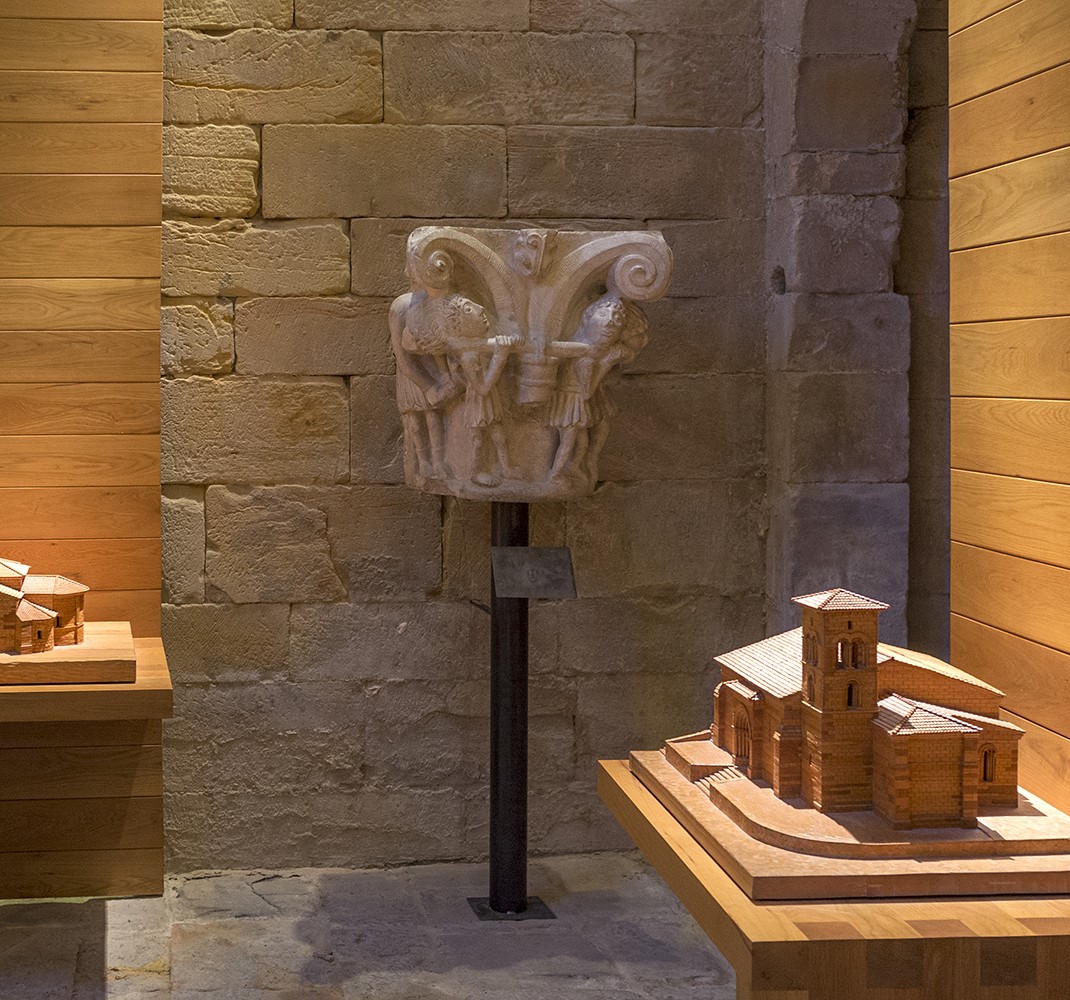 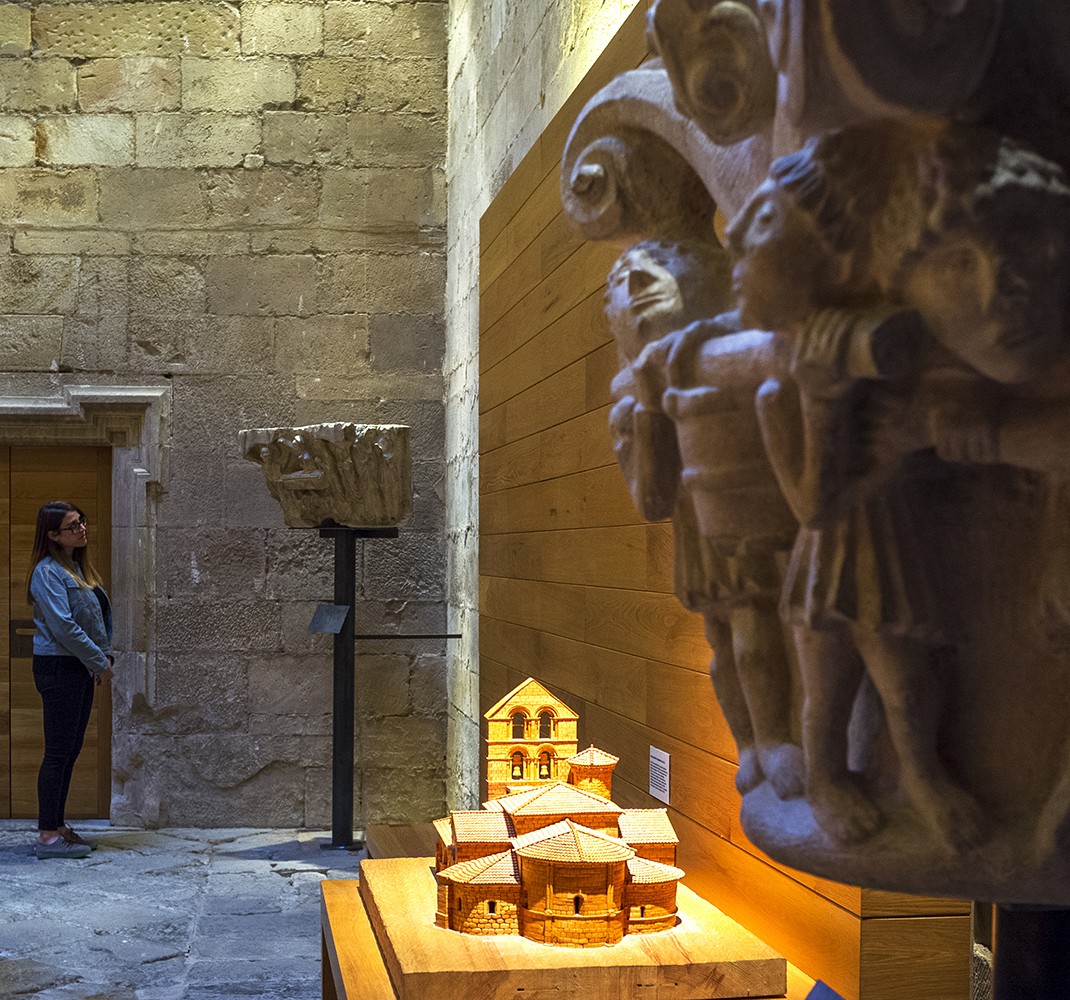 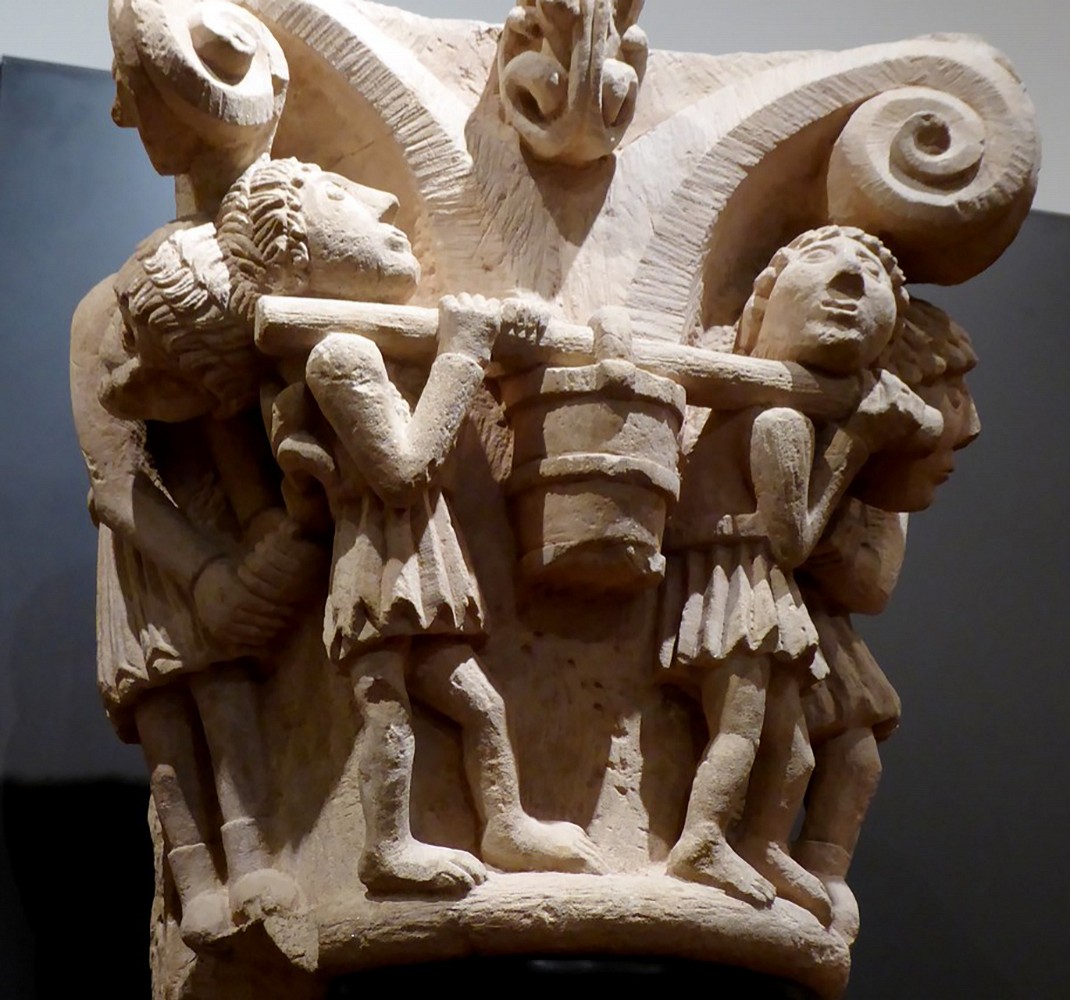 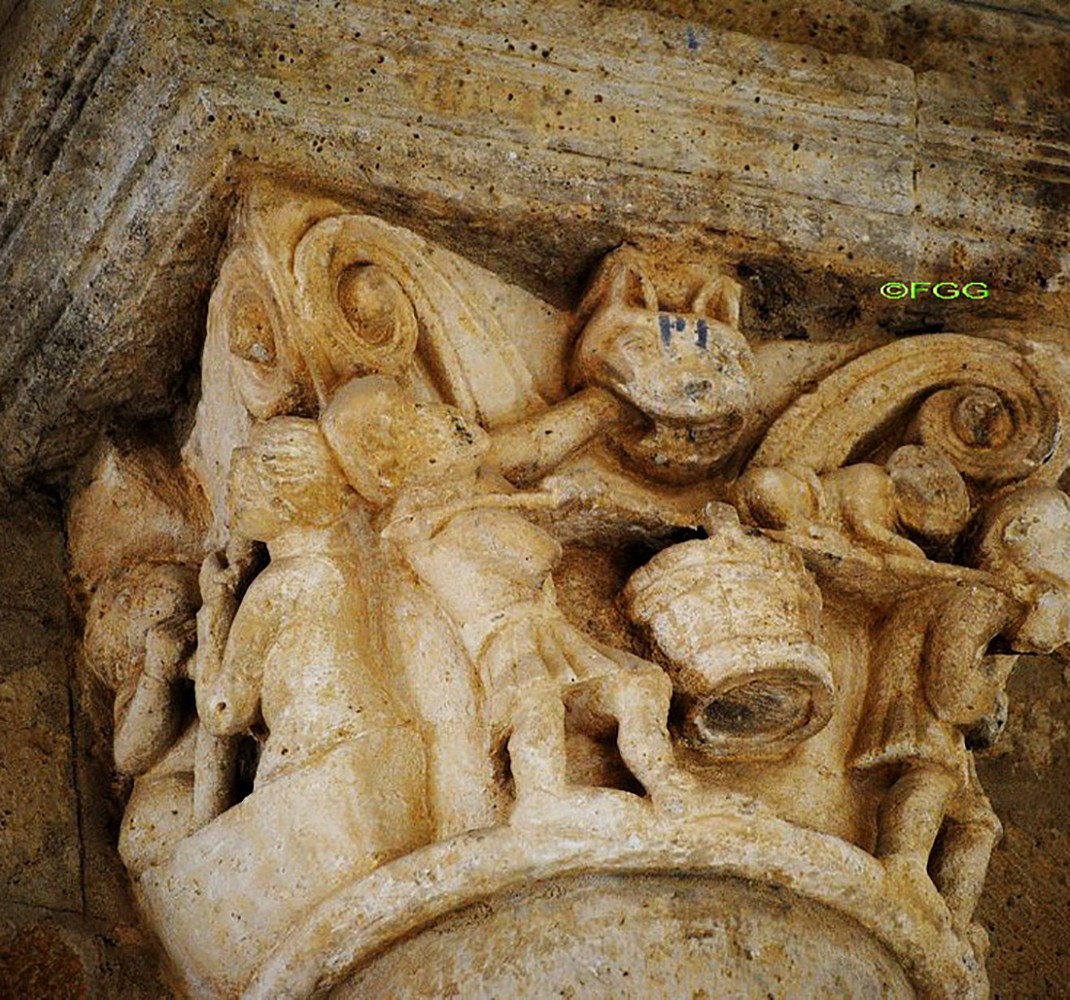