Exterior of the monastery.

One of the most beautiful spaces in the monastery is known as the springs courtyard. This is where, for the first time, the pure water that comes out of the Peña Longa comes to light and that will supply the entire monastery. We can conclude that it is the fundamental space that makes the monastery this settled in this location. The spring is channeled in two branches, one that crosses the entire monastery until it empties, some 500 meters away, into the Pisuerga river, while the second goes to a large private estate that originally formed part of the abbey domains.

From the springs courtyard you have a complete view of the head of the church. The central apse rises to a greater height than the lateral ones and is dated around the third quarter of the 13th century. The headboard with elongated windows allows light to enter the interior of the building. It presents a structural model originating in the cathedral of Burgos.

Peña Longa not only provides the water that enriches the monastery, but also houses the two caves that give rise to the monastery. The first, today is missing because was demolished with the aim of enlarging the space through which the highway passes today. The second, later converted into the hermitage of Saints Peter and Paul, is located opposite the façade of the monastic church. It was a simple cave open between the limestone of the rock. The possibility has been raised that in the cave, where Bernardo del Carpio's tomb was later found, the monastery's cenobitic life began. 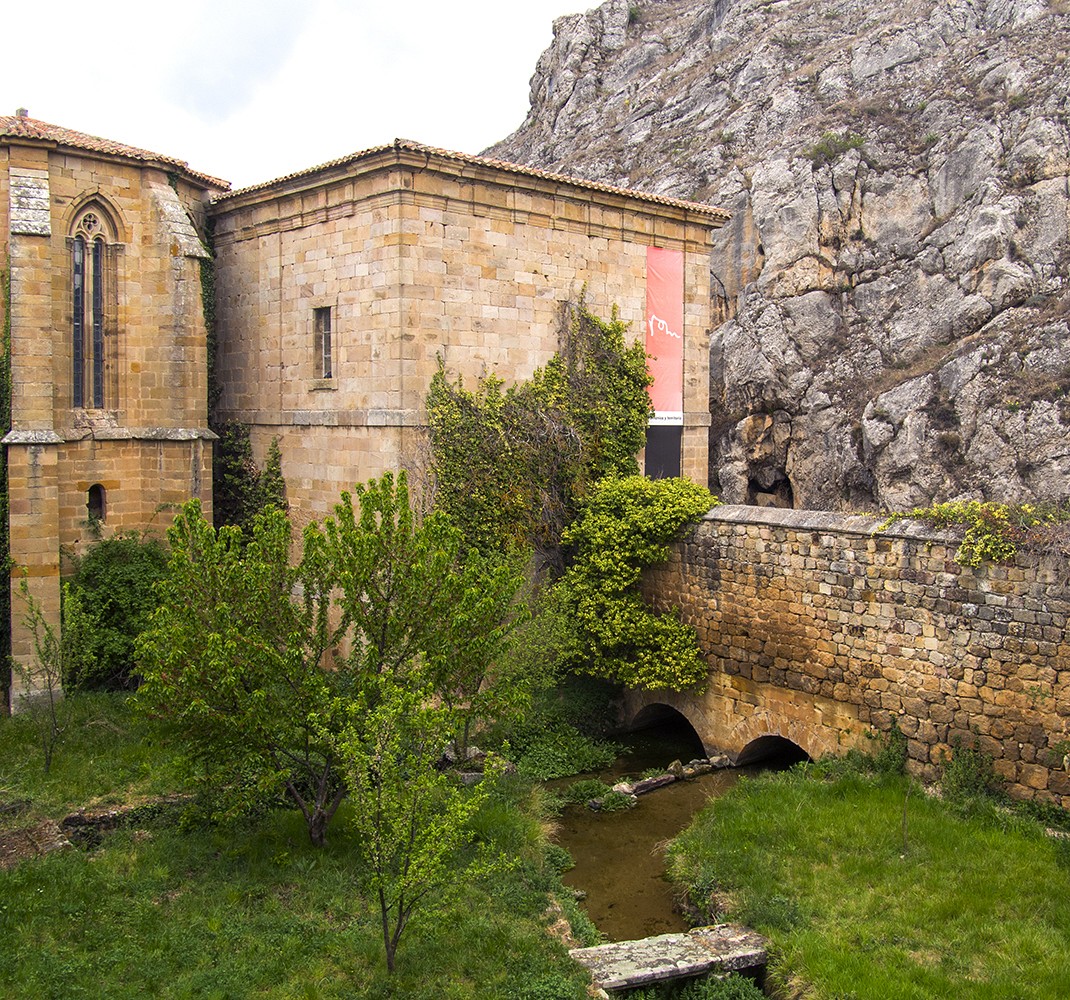 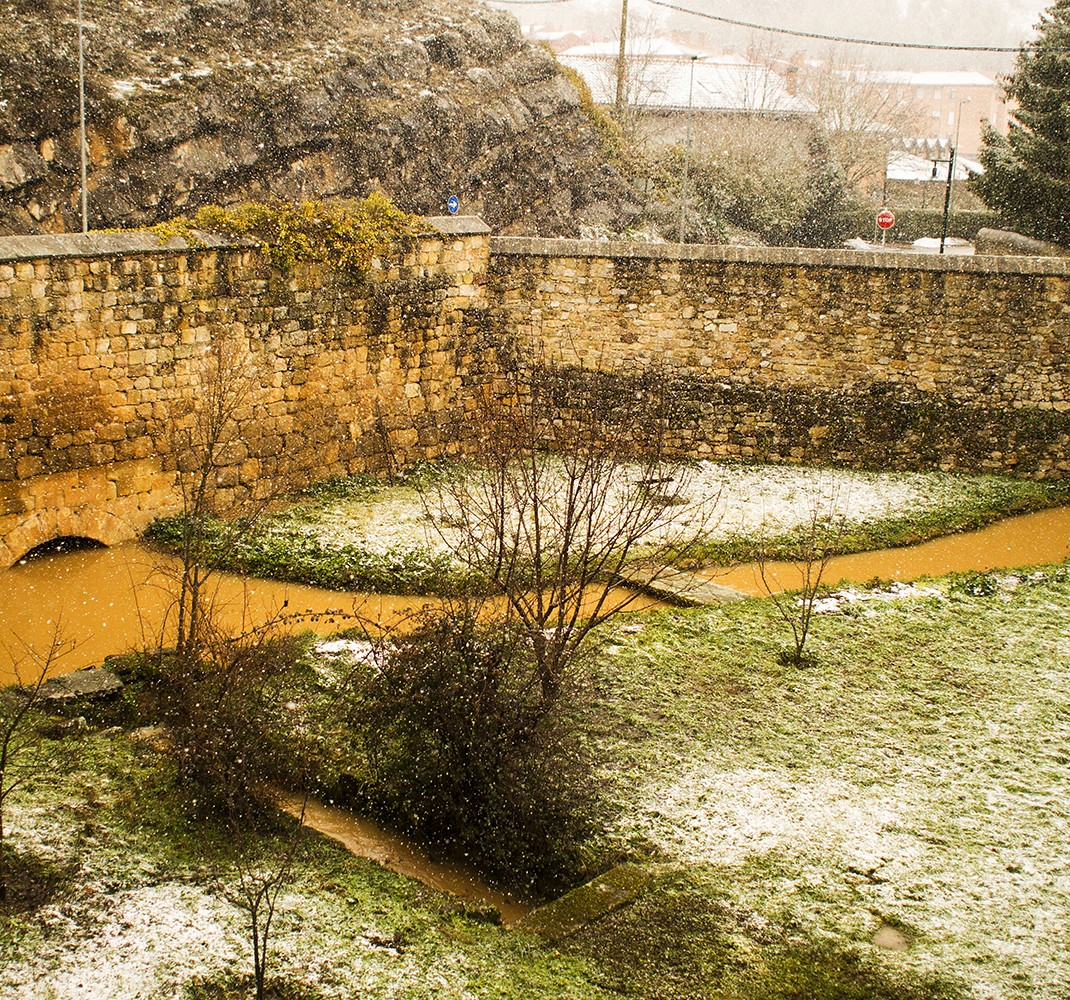 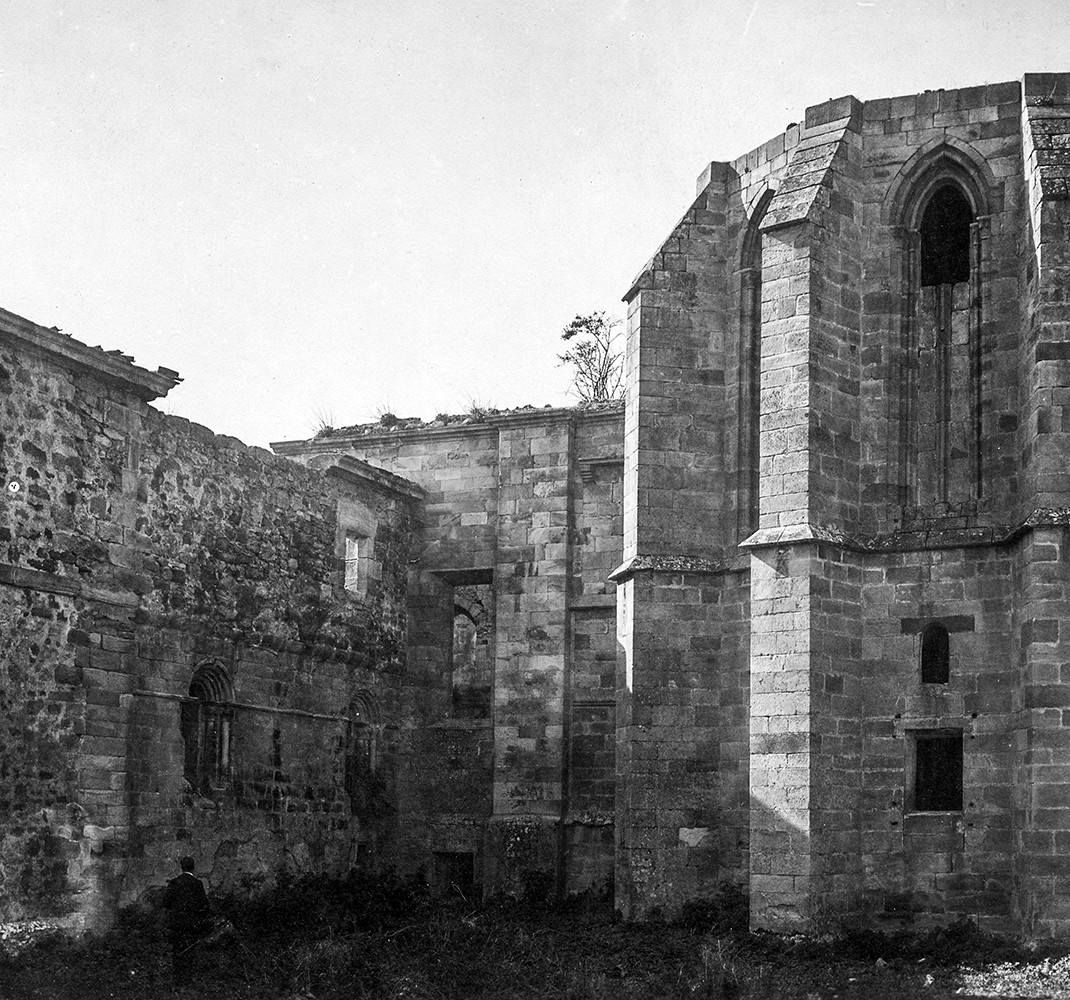 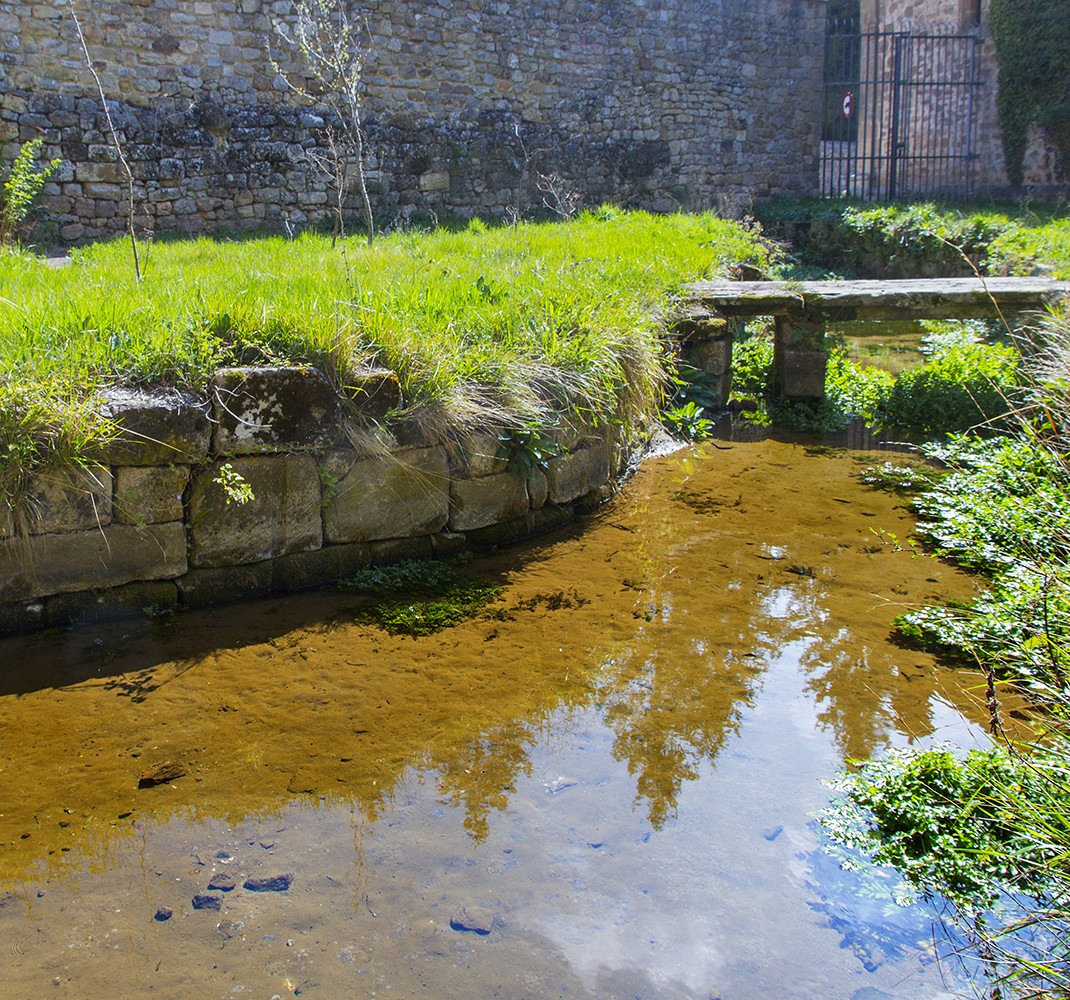 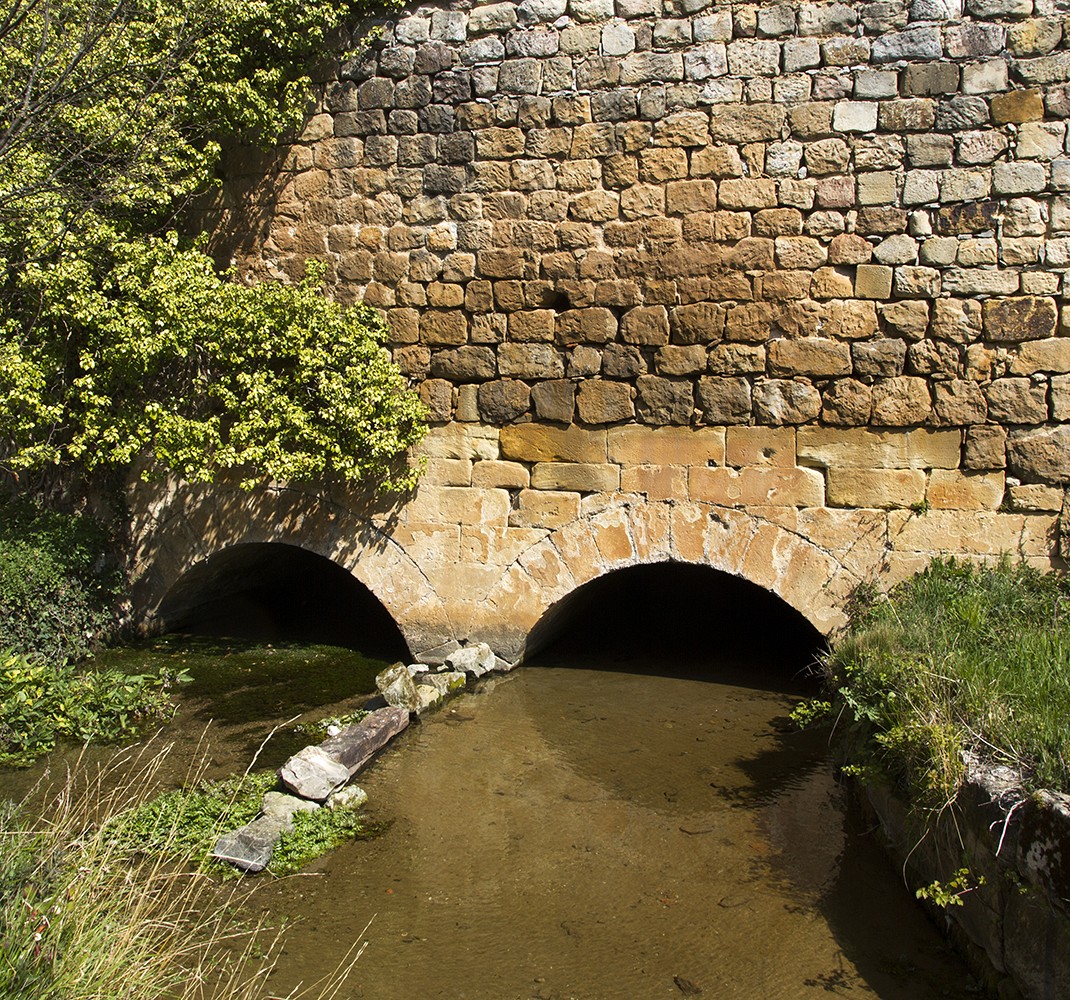