This capital, located on the north side of the cloister, is built in calcoarenite stone. It presents a double basket where six griffins appear faced by their breasts with their heads turned.

The griffin is a fantastic animal that is half bird, half lion. It was part of the medieval bestiaries, which were books where these figures were collected and that the stonemasons consulted to carve them on the capitals. In the Middle Ages it was associated with guarding, good luck and protection. Broadly speaking, these bestiaries were a kind of medieval comics containing a set of descriptions of animals, plants and rocks; most of the time accompanied by moral judgments. The book enjoyed great notoriety in the Middle Ages and many Christian authors copy it with the idea of ​​reinforcing the Christian moral aspects represented by animals, which in turn were used for the indoctrination of the faithful. These books used to be illustrated with images of animals or other motifs, which served to educate and transmit ideas, since most of the medieval population was illiterate. This was one of the main reasons why they were so successful in the Romanesque iconographic repertoire.

Now you must look, in front of the refectory or dining room, the representation of other animals, lions, which represent justice in medieval art. 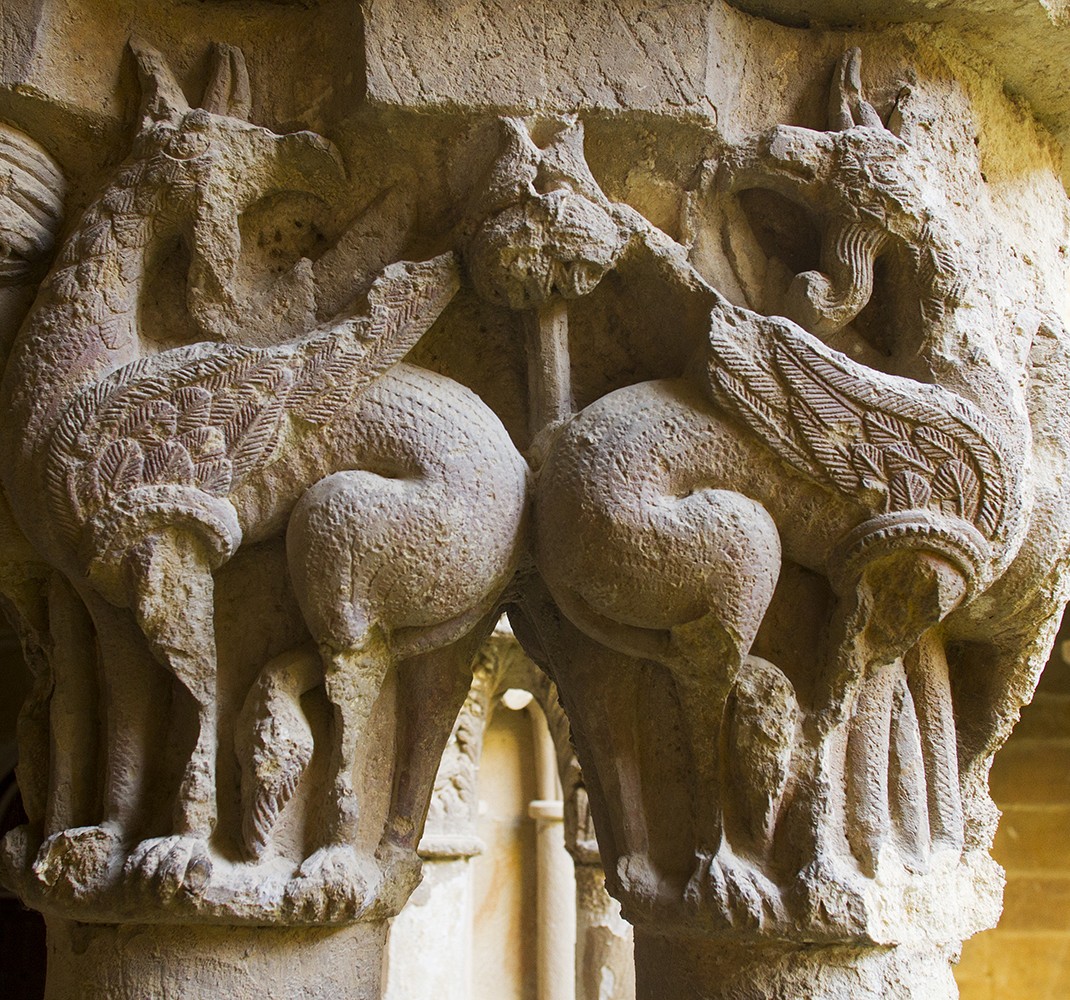 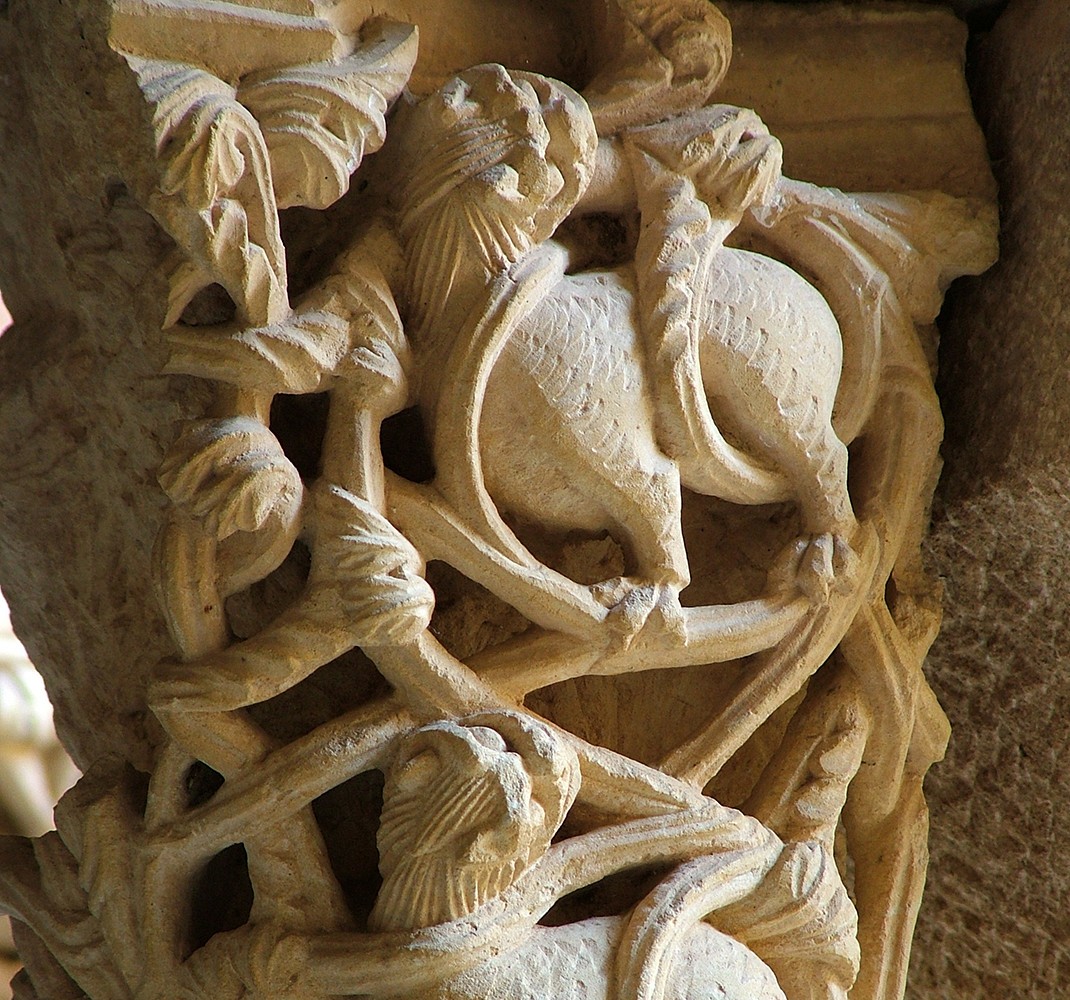 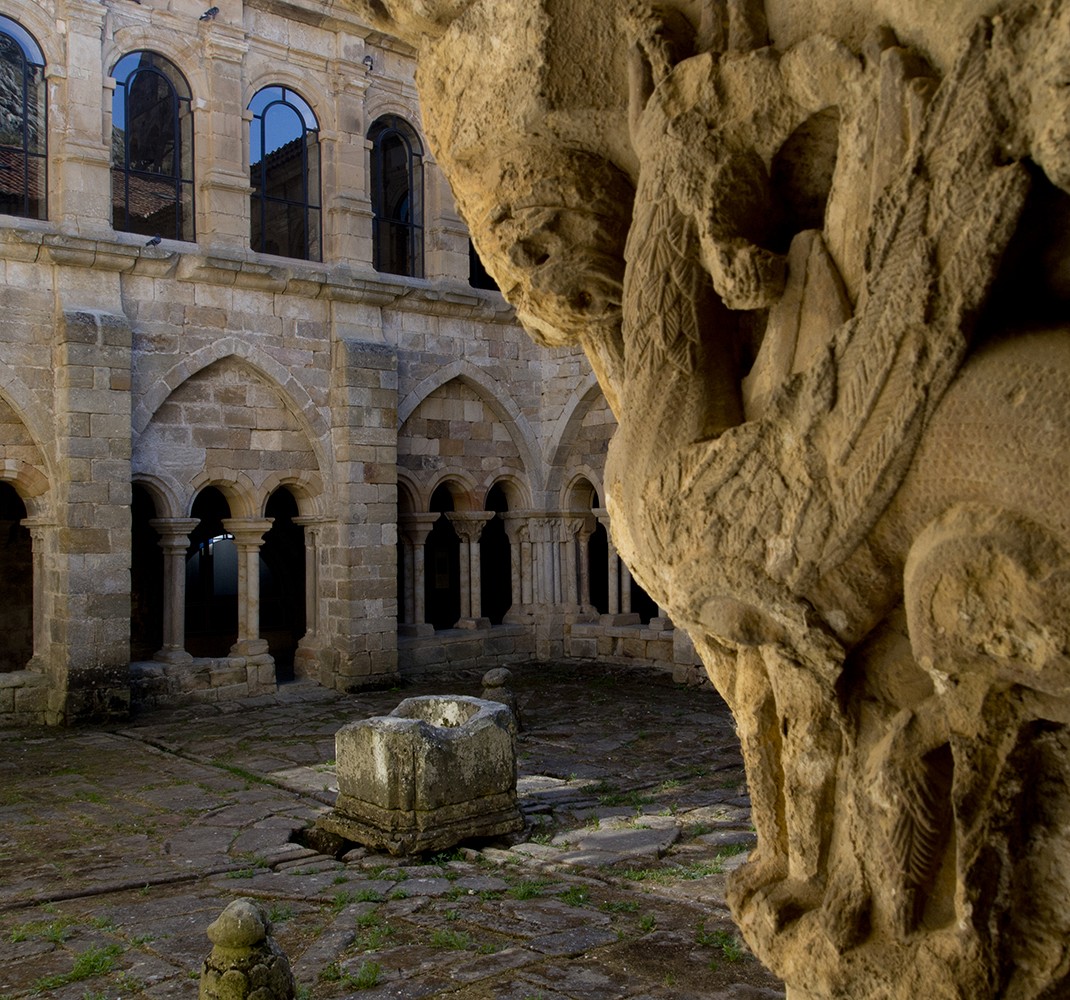