In the chapter house, in addition to the entrance door that leads to the cloister, there are two other large open arches. Its opening was carried out in modern times, because they were originally blinded. They had the function of housing burials of important personages. If you look closely, you will see how one of them preserves some friezes that, although quite deteriorated, show female faces with slanted eyes that seem to be pulling their hair and are crying, these figures represent the mourners.

Throughout history there have been women who were hired to watch over the body of the deceased and cry at funerals. These women were called mourners. The word derives from moaning, or what is the same, wailing, sobbing or crying.

Do not be surprised to find tombs in the chapter house, whose main function was to serve as a meeting place for the community, because being an important space within the monastery it was also used as a burial place. If you look at the ground you can see other tombs, one of them decorated with two sticks, which corresponds to an abbot, the head of the monastery, while in another we will see a sword, which corresponds to a knight.

Look for a capital, in the sacristy, where women and a tomb appear, there you will know their names. 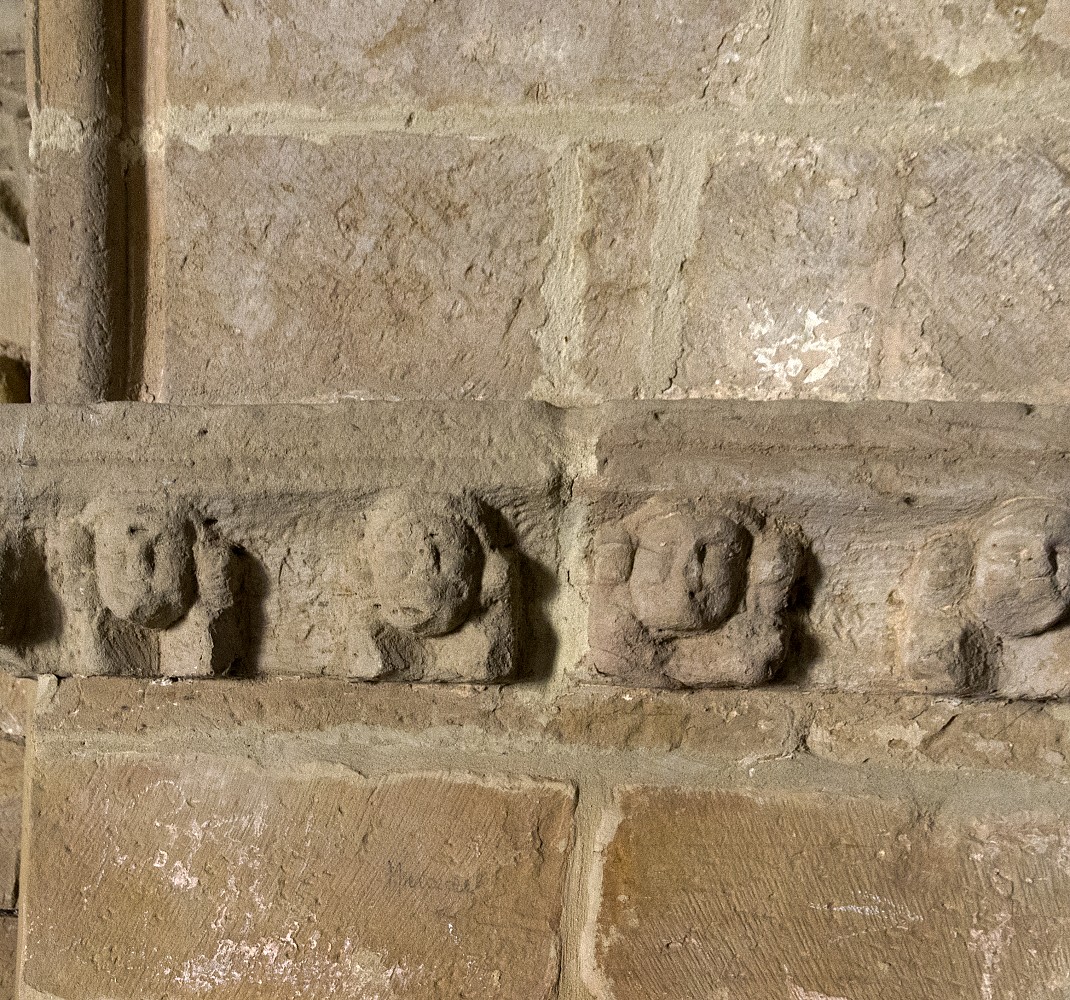 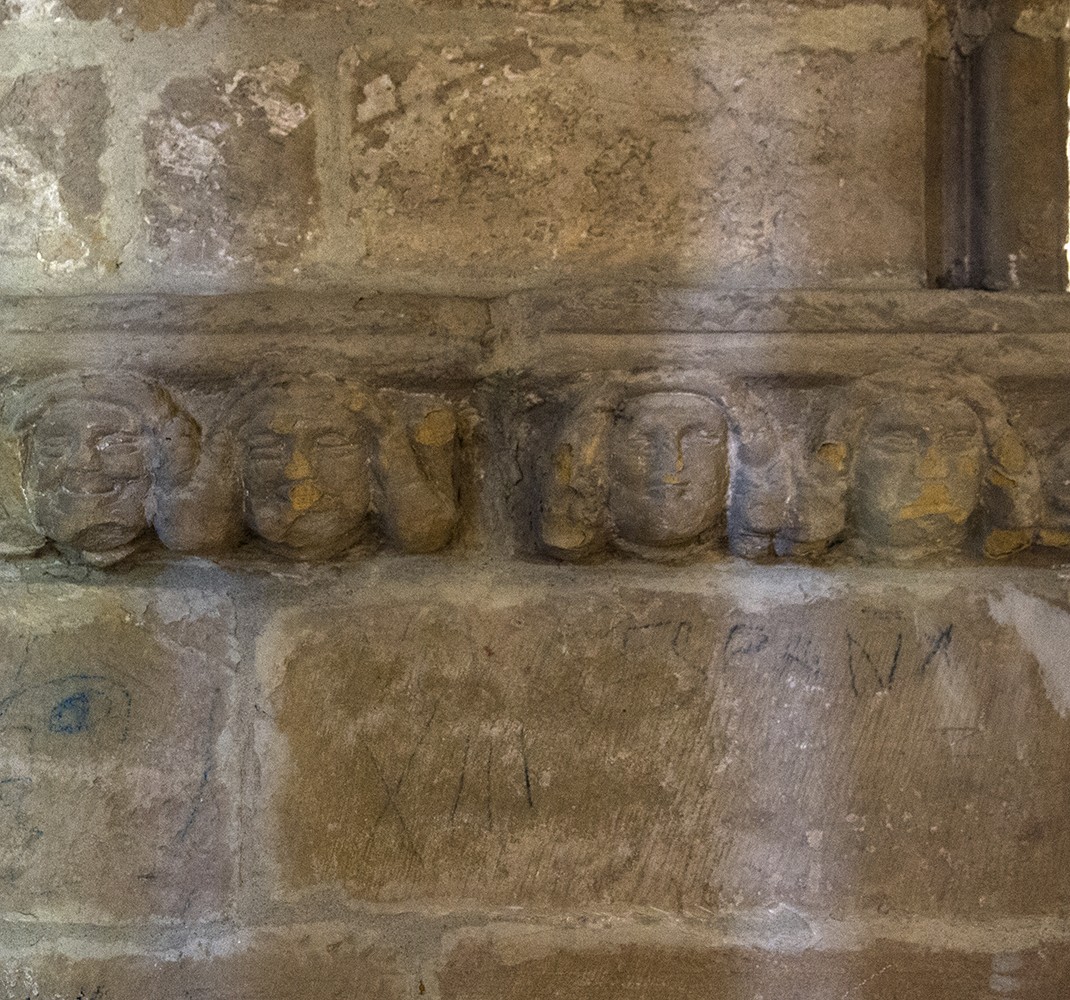 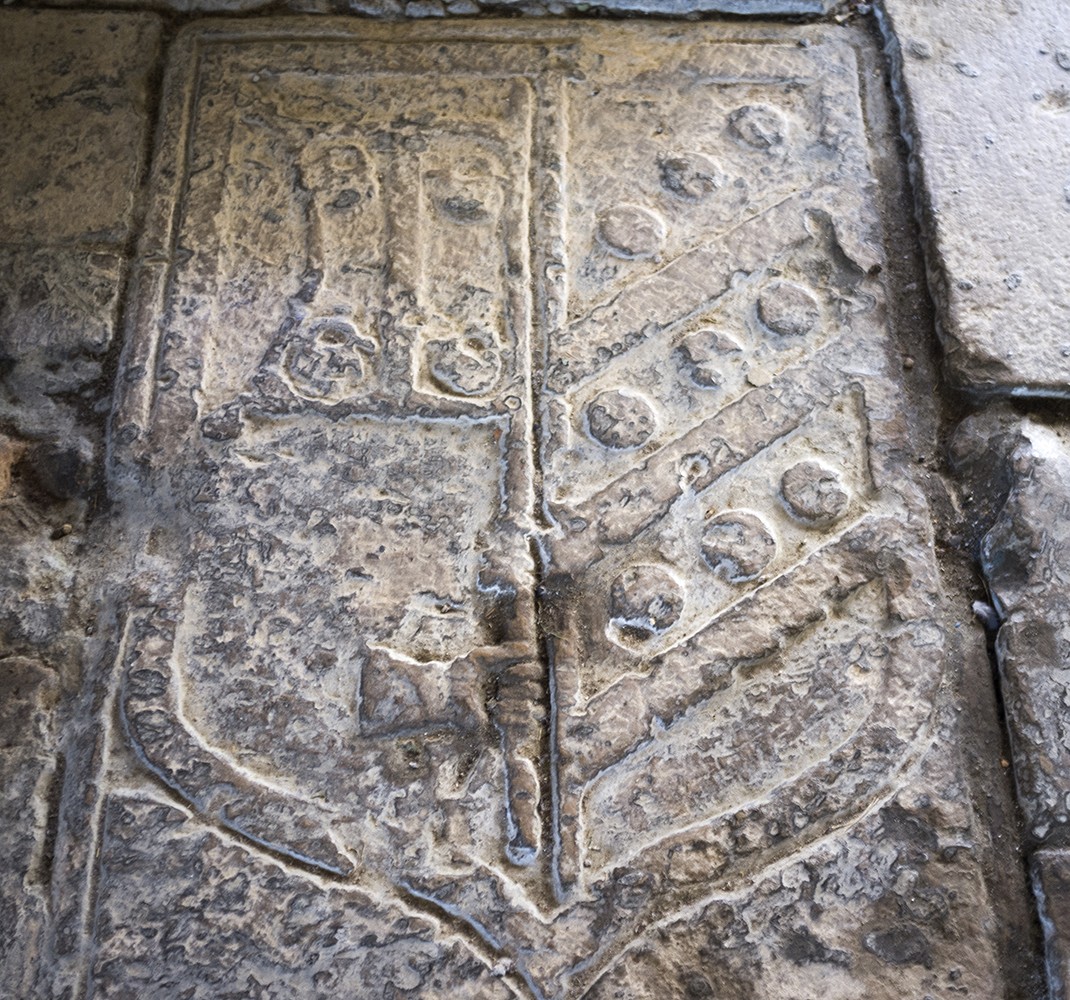 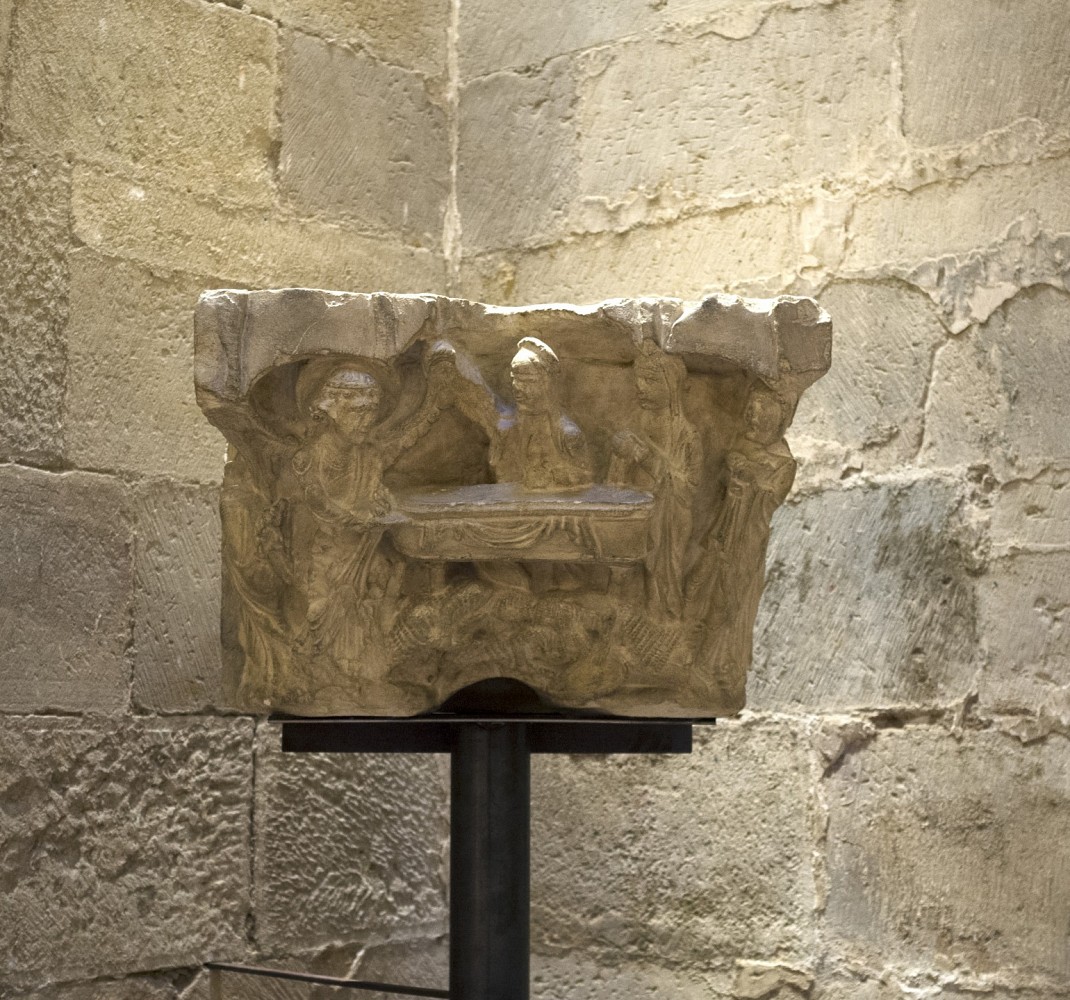