Between the walls of the church the prayers and songs of the Premonstratensian community that occupied the monastery of Santa María resounded for centuries. After the confiscation, the temple ceased to be used for worship and today it has become one of the areas that can be visited which is part of the Rom Museum: Romanesque and Territory.

The blueprint of the building has a basilica shape, it consists of three naves, with three sections each, and a transept. However, the triple header that we see today is the result of several construction phases. The central apse has a heptagonal plan in the Gothic tradition, while the one next, called of the epistle, is rectangular and dates from the beginning of the 13th century. For its part, the side of the gospel, in the north side, must have had a closure similar to that of the opposite side, and was replaced by the rectangular chapel, called chapel of Christ, in the seventeenth century.

The central apse, which is taller, is covered with ribbed vaults, similar to those found in the Collegiate Church of San Miguel de Aguilar de Campoo or the chapter house of the monastery of San Andrés de Arroyo. The rest of the temple is also covered with a ribbed vault, but the arms of the transept and the chapel of the epistle have a pointed barrel roof.

The light reaches the church through the windows in the chevet and the trilobed oculus located in the upper part of the presbytery. There are still some capitals of the temple that, for the most part, show vegetal decoration. It is worth noting the keystones to the vaults, among which a seated Virgin with the child in her arms stands out in the main chapel, an eagle with outspread wings and a male character dressed in a cloak and holding a book in the chapel of the epistle. 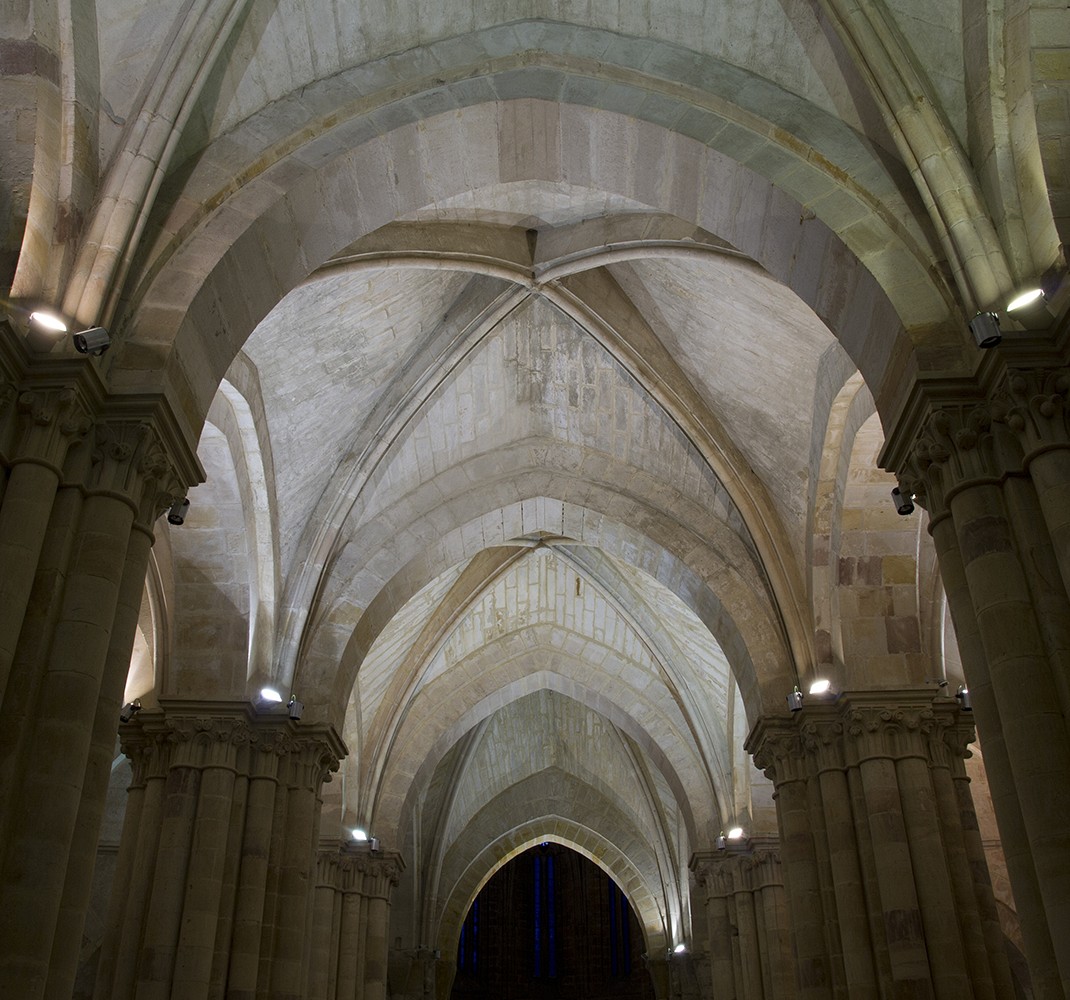 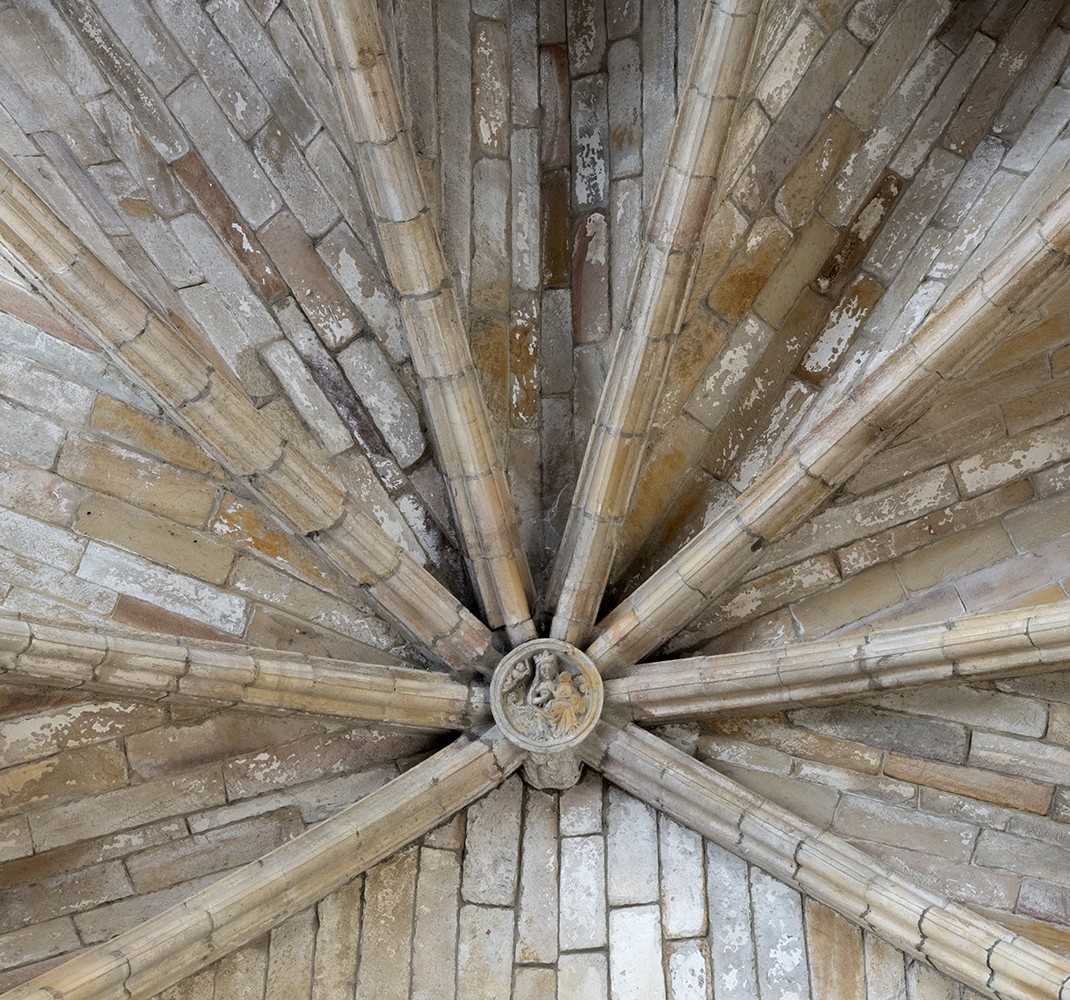 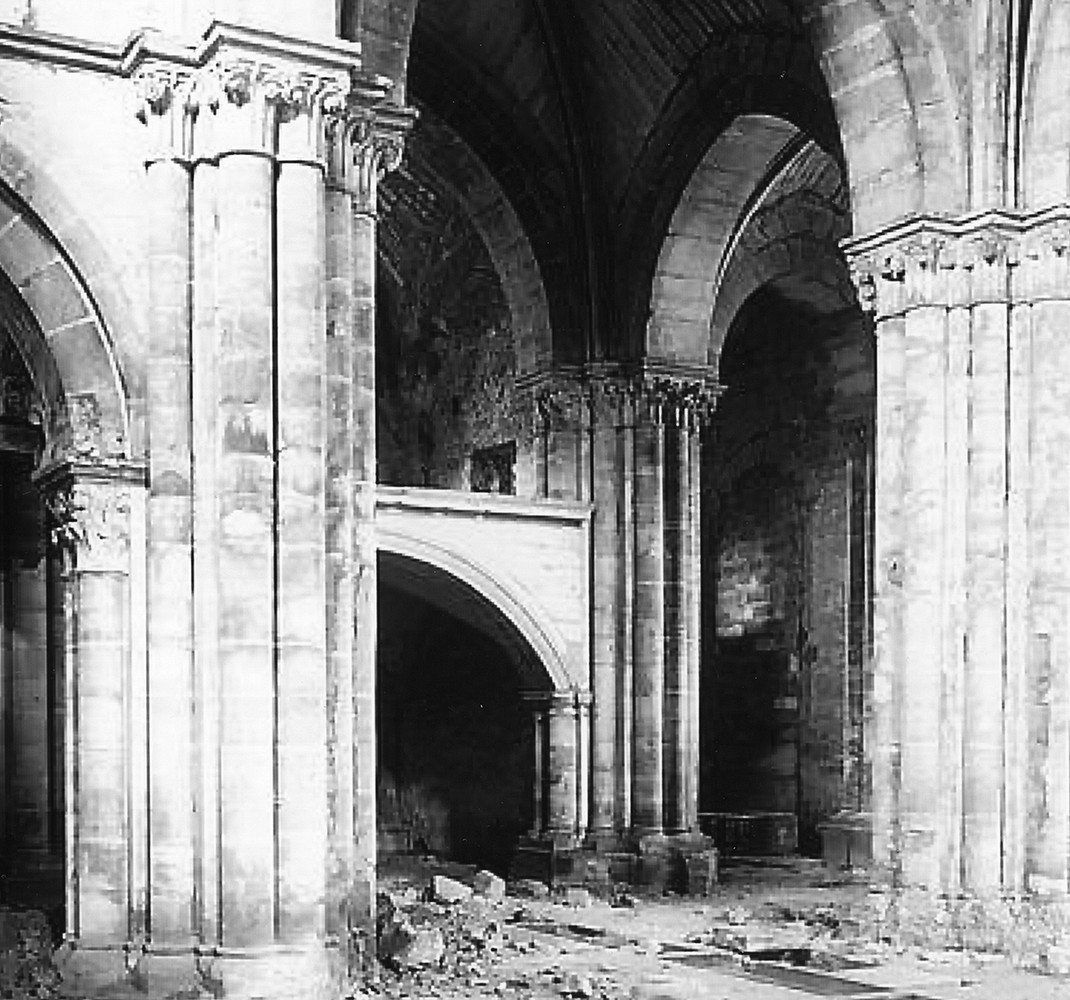 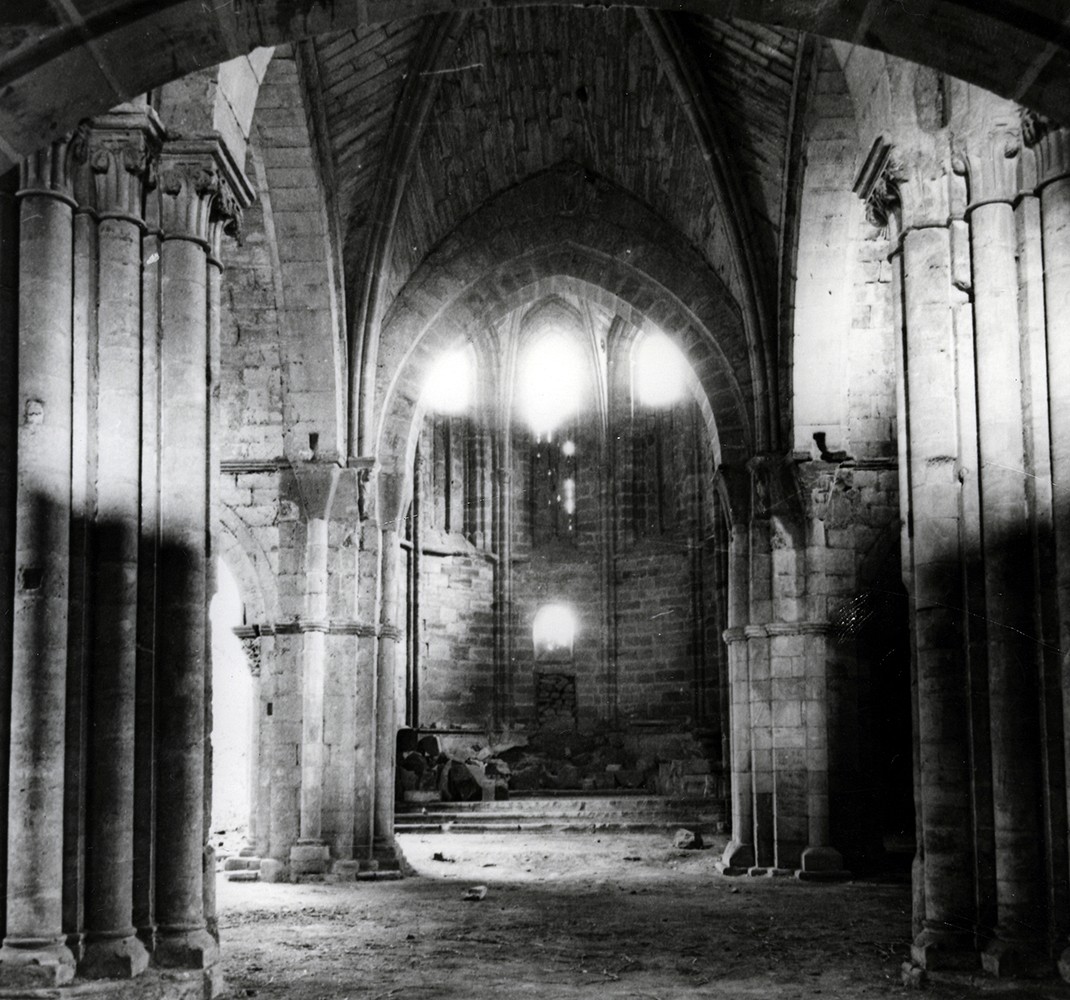 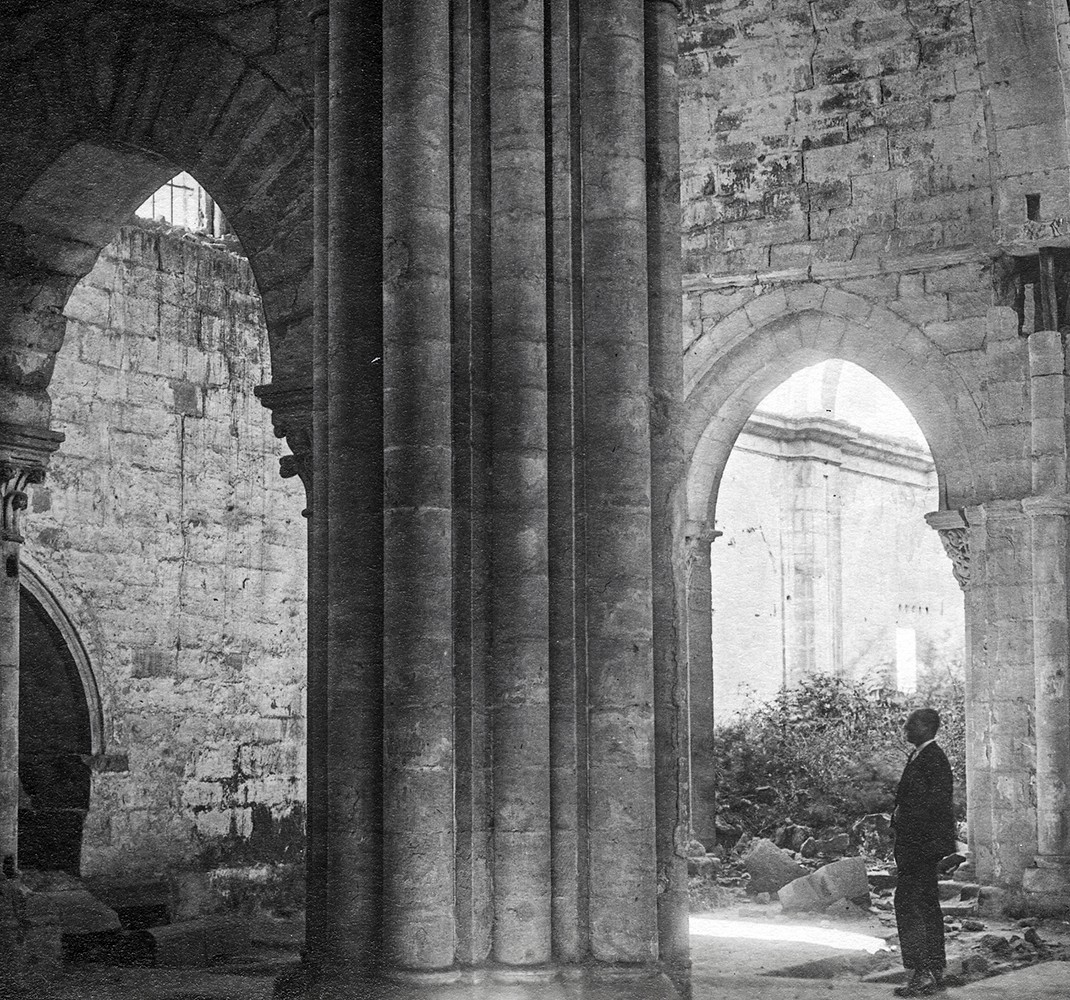 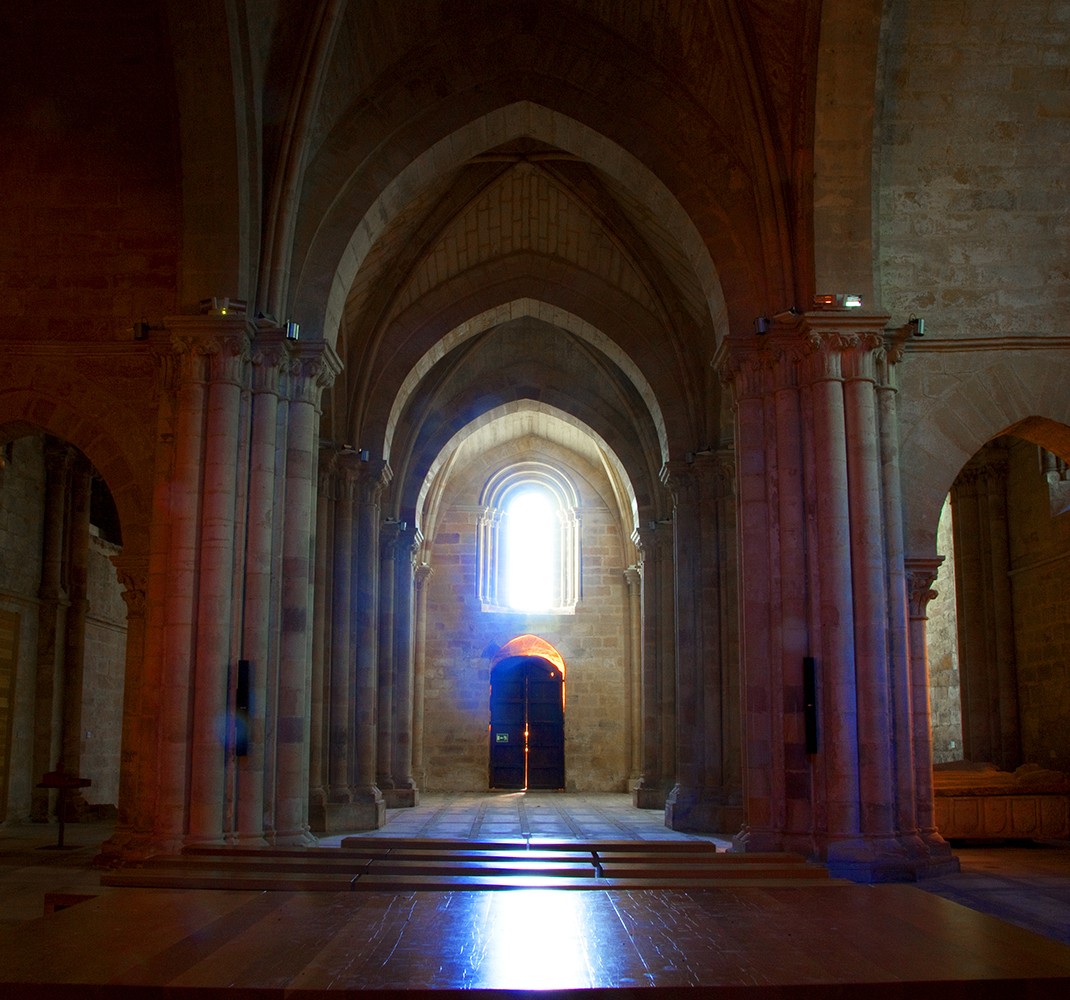