The capital that we see is a faithful reproduction of the original, which is in the National Archaeological Museum in Madrid. It comes from the monastery church, but its exact location is not known.

The piece represents the scene of the "victorious knight". The rider, slightly turned back, raises his right hand in an attitude of greeting or farewell, while with the left he holds the reins of the horse. In the Romanesque it is common for this scene to be completed with a character prostrate at the feet of the horse, who is usually represented in traditional Arab clothing. Probably our piece also featured that figure that, at present, is not preserved because that area was mutilated.

This iconography has several meanings. On the one hand, it could constitute the image of the "Miles Christi" or the soldier of Christ, defender of the faith against the infidel. On the other hand, the representation of the Emperor Constantine, as protector of the Church, has been imposed as the dominant interpretation. This theme has similarities with other images such as that of Santiago the Apostle or Christ entering Jerusalem, which has led to the identification of the knight also with these figures.

Most of the representations of the "victorious knight" date from the late 12th - early 13th century. In the region, the model was widely accepted, as can be deduced from its presence in other temples such as Pomar de Valdivia or Vallespinoso de Aguilar. 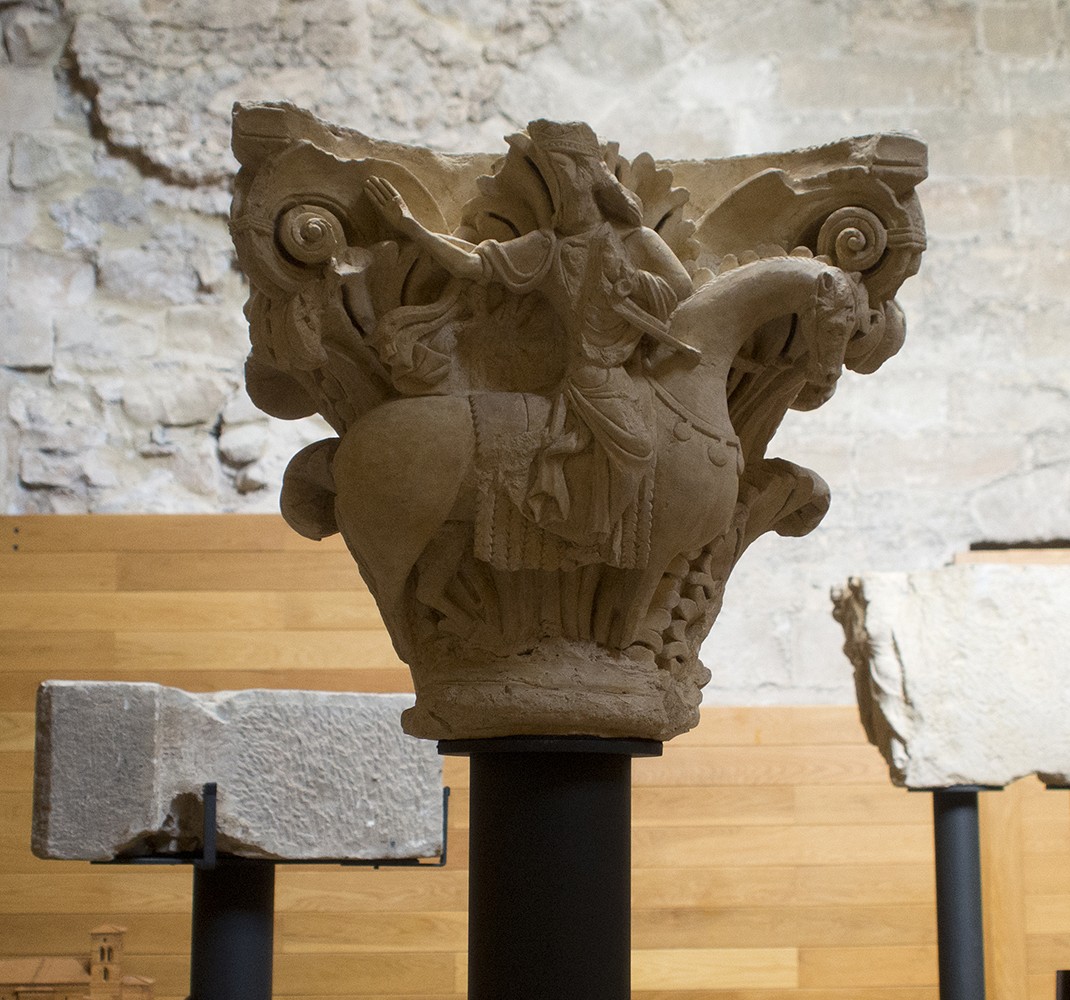 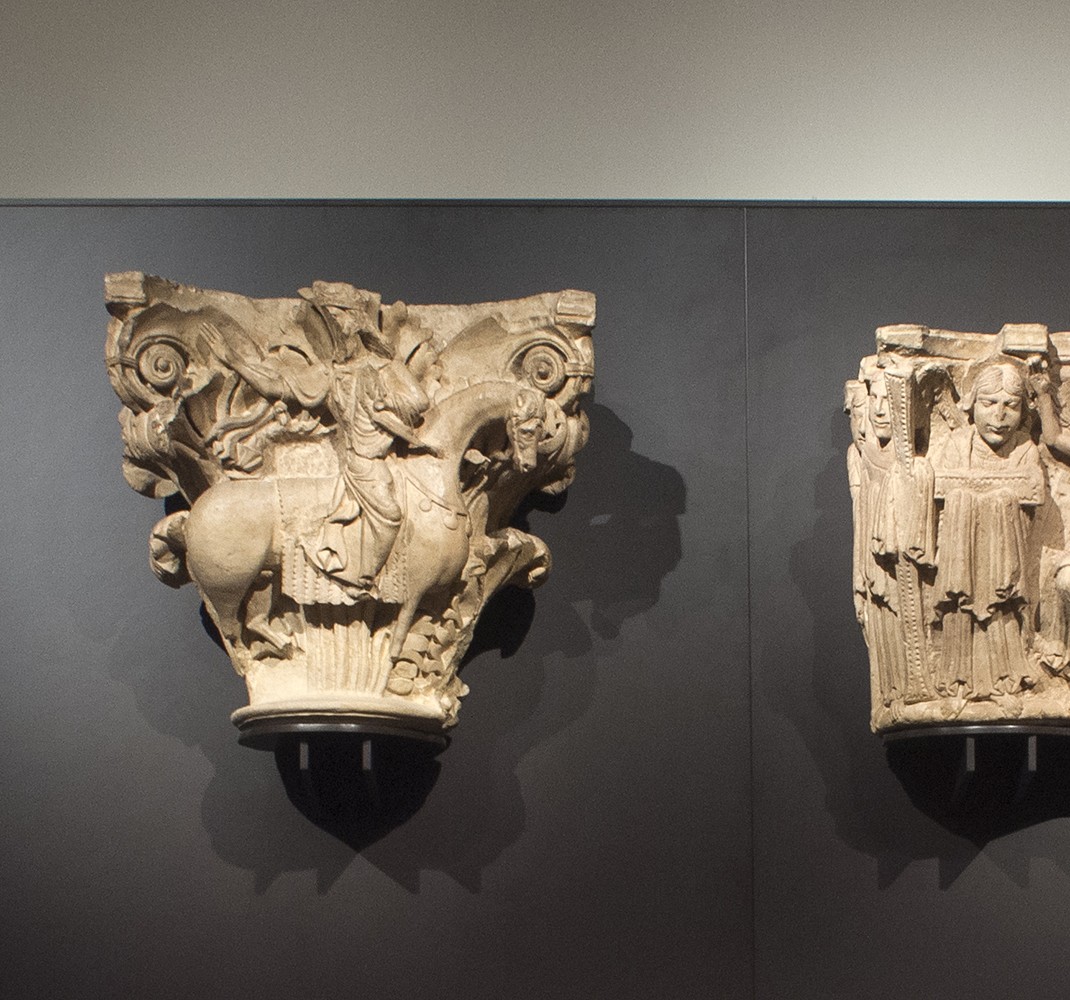