Romanesque origin with reform in 1699.

Introduction to the medieval world.

Sacristy of the monastery of Santa María la Real.

Access to this room is from the church, from the cloister or from the abbot's chapel. It served as an auxiliary room, used mainly for the preparation of the priest who was going to officiate in the temple, and to keep utensils, ornaments and other objects of worship. The current sacristy is a 17th century extension that occupied the space of the old medieval one, of which its old structure is still visible, and the place where the staircase was located, which communicated with the common bedroom located in the upper part, from the cloister that was accessed by a, today blinded, large pointed arch located at the extreme left of the room.

Today it is the first space for the Rom Museum: Romanesque and Territory. Through panels, reproductions of churches and replicas of capitals, the visitor will immerse himself in medieval times and discover what a village was like in Romanesque times. The central model shows the construction of a church, what trades are involved and how the town was organized around the temple.

Undoubtedly, one of the most striking aspects of this room is the vault, a replica of the original and the result of the expansion that this space underwent. It was made during the restoration-rehabilitation of the 80s in tuff stone, not very dense, so as not to overload the roof, and it was raised using the system of falsework, wooden scaffolding used in Romanesque constructions. The vault is finished off with a modern stained glass window, to illuminate the room. 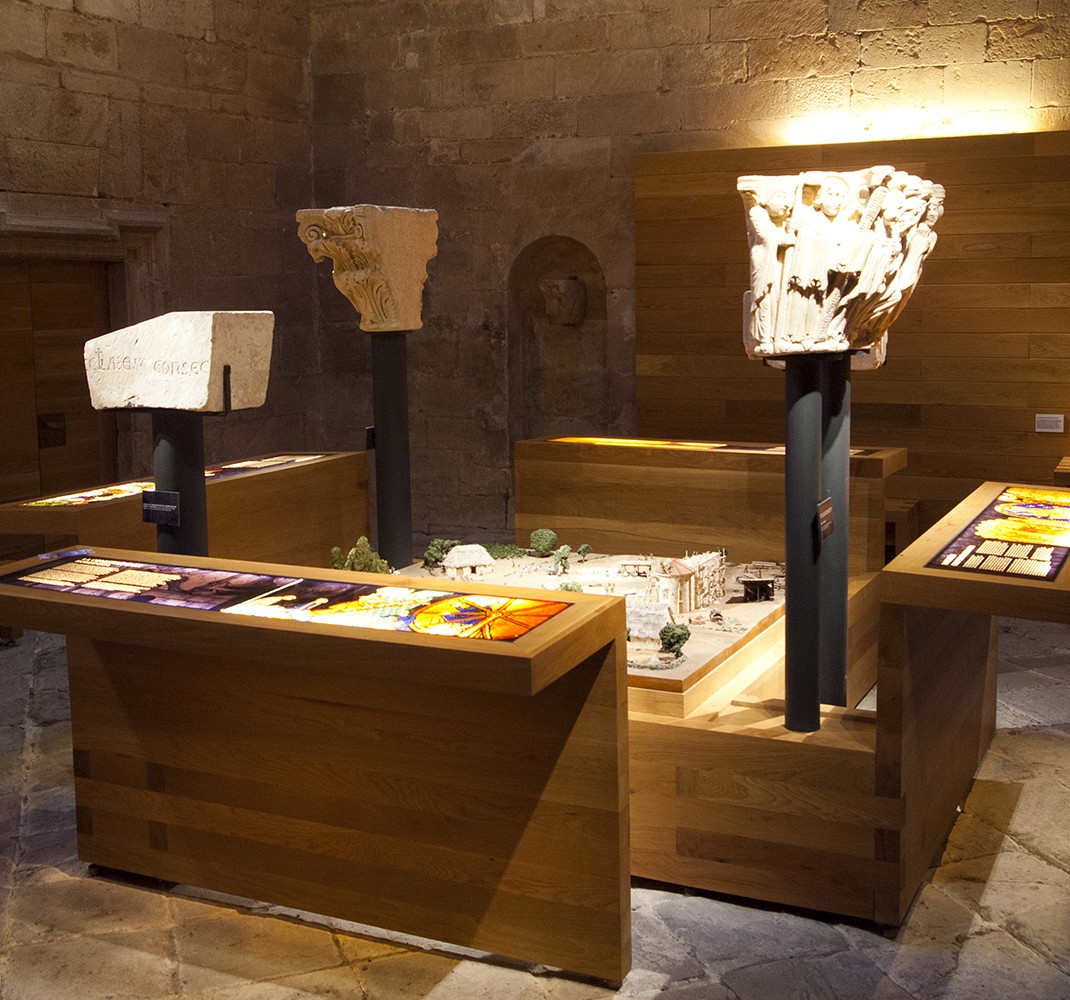 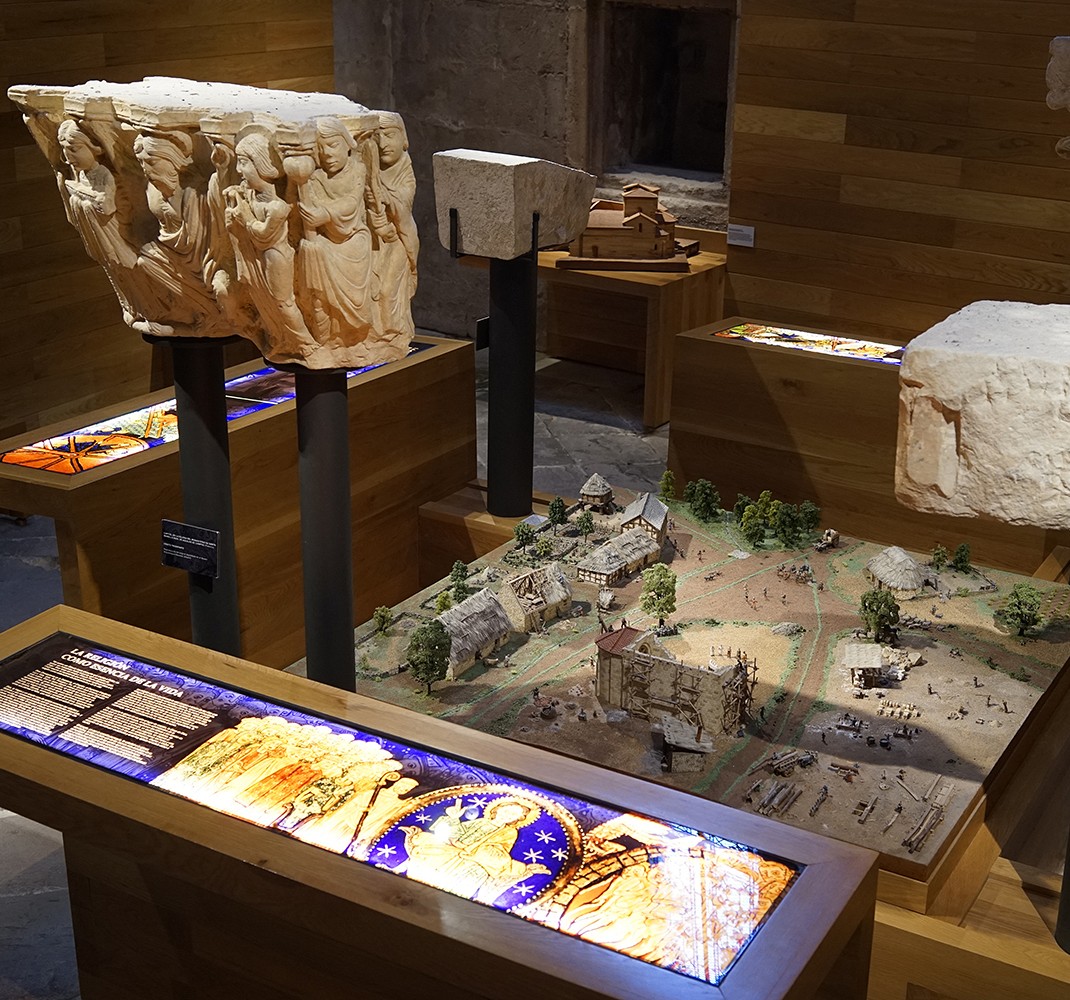 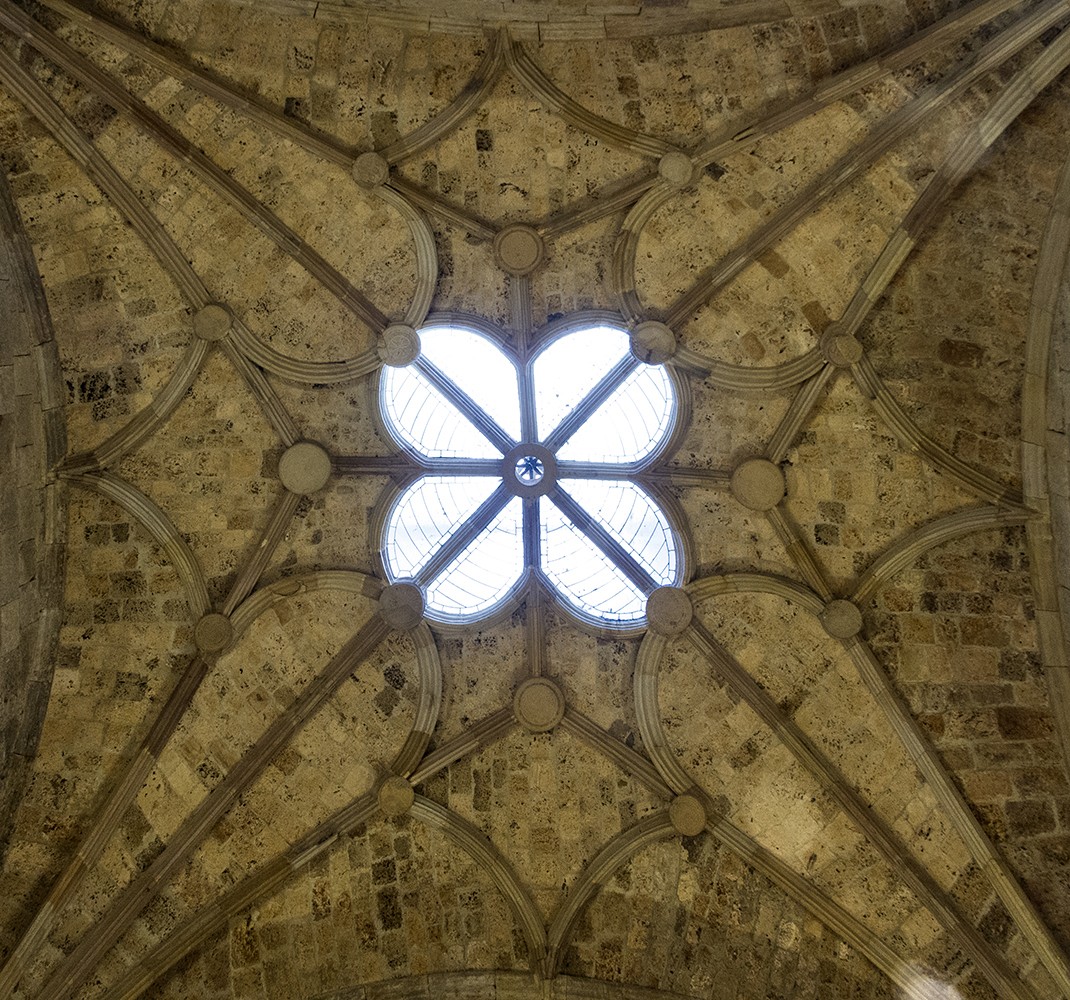