South gallery of the cloister.

At the end of the 1970s, during the restoration of the monastery directed by José María Pérez “Peridis”, this capital was donated by the Archaeological Museum of Palencia and was placed in the south gallery of the cloister. The provenance of this piece is unknown. Its origin may be in a box of archaeological fragments that was donated, in the 1870s, by the National Archaeological Museum to the Provincial Commission of Monuments of Palencia at the time of the extraction of the pieces. Unfortunately we know little about the contents of that box. We know how capitals from Aguilar are documented in the ancient records of the Archaeological Museum of Palencia, and as another document mentions the acquisition of pieces from said town.

The piece, quite deteriorated, has a double basket decorated with acanthus leaves. We are facing a type of decoration quite common in the Romanesque of our area, as can be seen in the Cistercian monastery of San Andrés de Arroyo. The upper part of the capital, which presents interlaced plants, is similar to the one we can see in the capital of the Slaughter of the Innocents in the hermitage of Santa Cecilia de Aguilar de Campoo.

In relation to plant decoration in the Middle Ages there are several interpretations. A first indicates that the vegetal forms were mere ornaments, without any type of significance. While the second theorizes that the vegetation does contain an interpretation. For example, it has been pointed out that the acanthus is a plant that keeps great symbolism, in it its thorny leaves stand out, which, according to these theories, represent the difficulties that must be faced in life. With this sense it is understood its representation in the Romanesque, as a sign of earthly suffering. 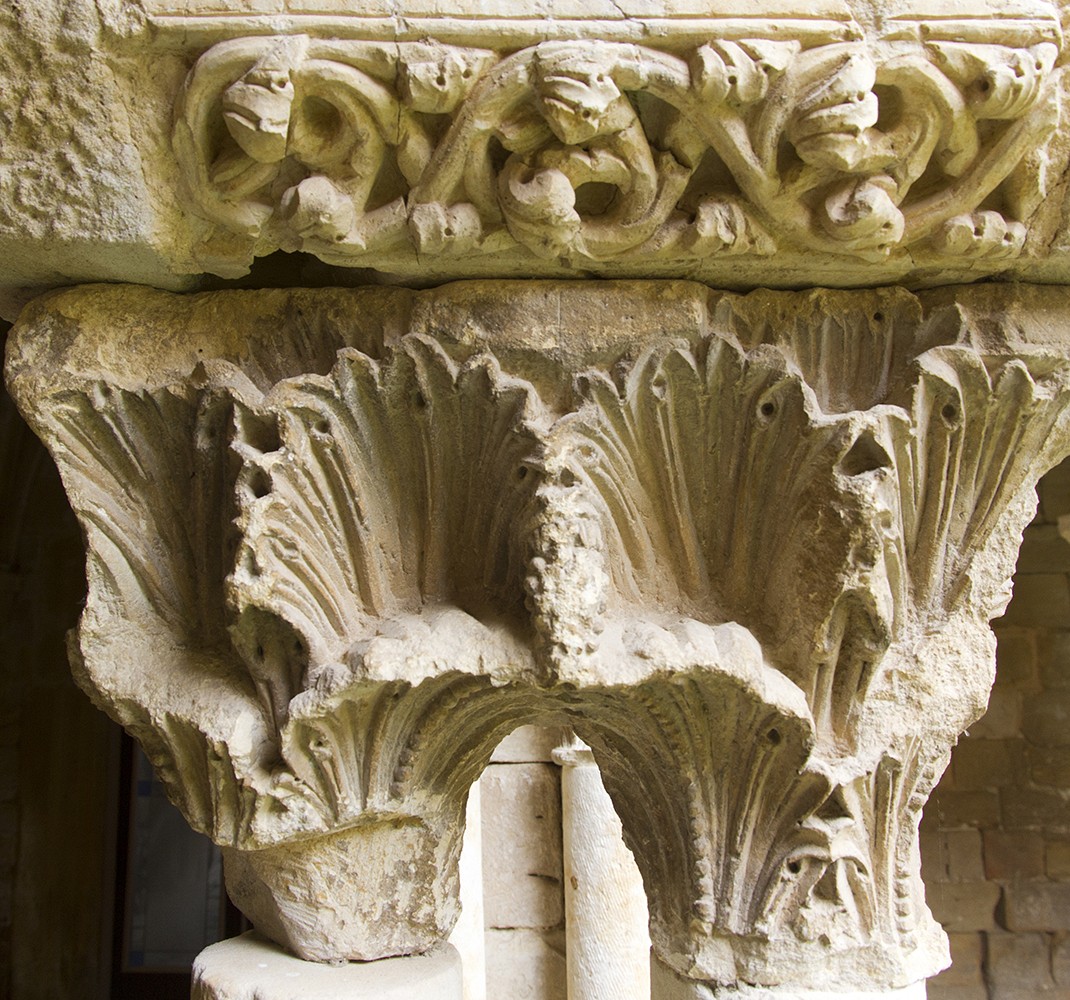 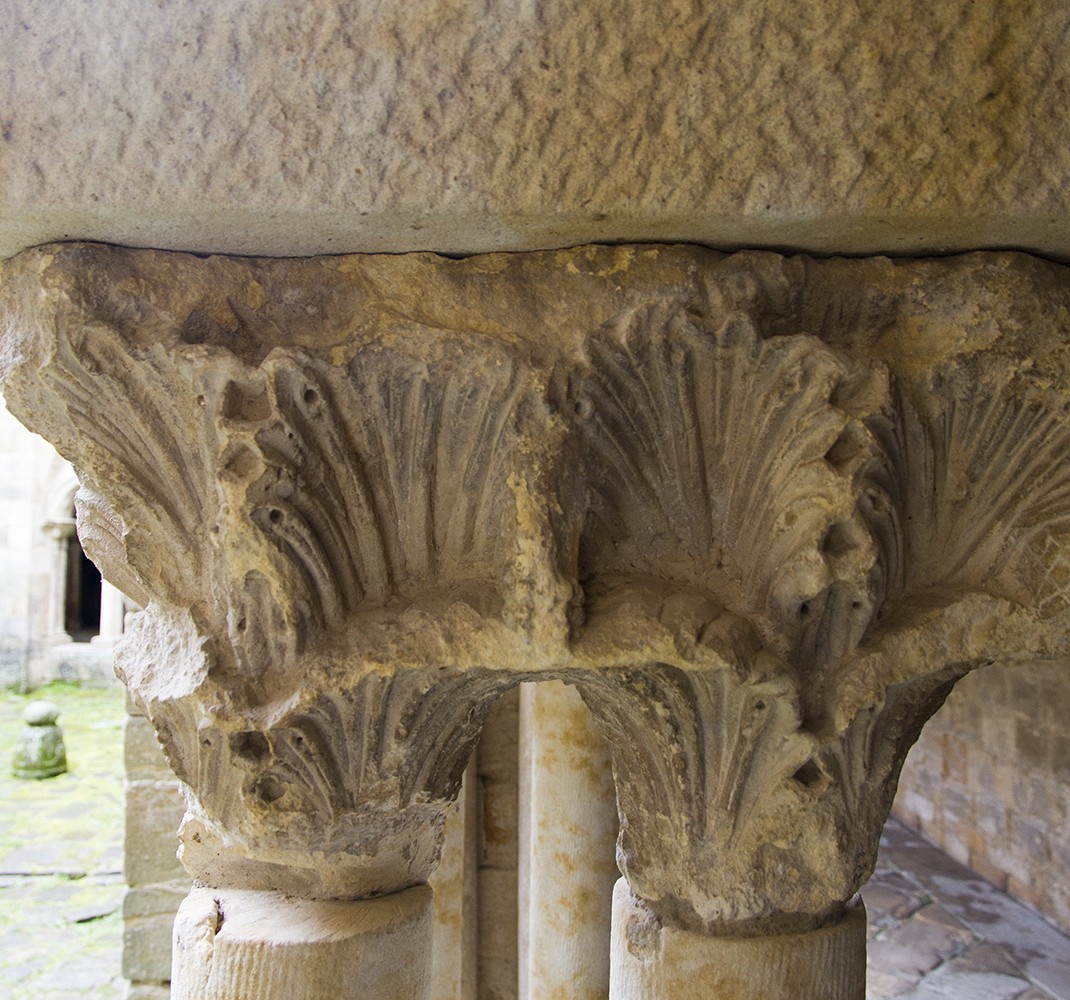