West facade of the church.

These magnificent Romanesque bas-reliefs are installed on the facade of the monastic church. They are made of calcarenite stone and represent angels with their extended wings holding a scroll in their hands.

The pieces are not located in their initial place, was being moved later. They present inscriptions made to be read and, therefore, be arranged close to the viewer, so that their original position could be in the cloister or the church. In the cloister gallery, parallel to the refectory, a triangular space can be seen in coincidence with the silhouette of the angel. The time when the sculptures were reinstalled outside is unknown, probably in modern times, but there is no doubt about the liturgical intention of these bas-reliefs.

The state of conservation of the pieces is good, except that they have lost their heads. The quality of the work of the clothes and the spread wings stands out, along with the detail of the delicacy of the technique that can be observed on the fingers and toes.

In the inscription that accompanies one of the angels, we can read "Those who come here and see this, build up repentant hearts and pray piously so that you do not die."

These angels are the highest quality sculptures preserved in the monastery, probably carved in the second half of the 12th century by the exceptional sculptural workshop that works on the capitals of the triumphal arch of the church, today in the archaeological museum of Madrid, given the similarities stylistics with the scenes of the Triumphant Christ and the Three Marys in front of the empty Tomb of Christ. 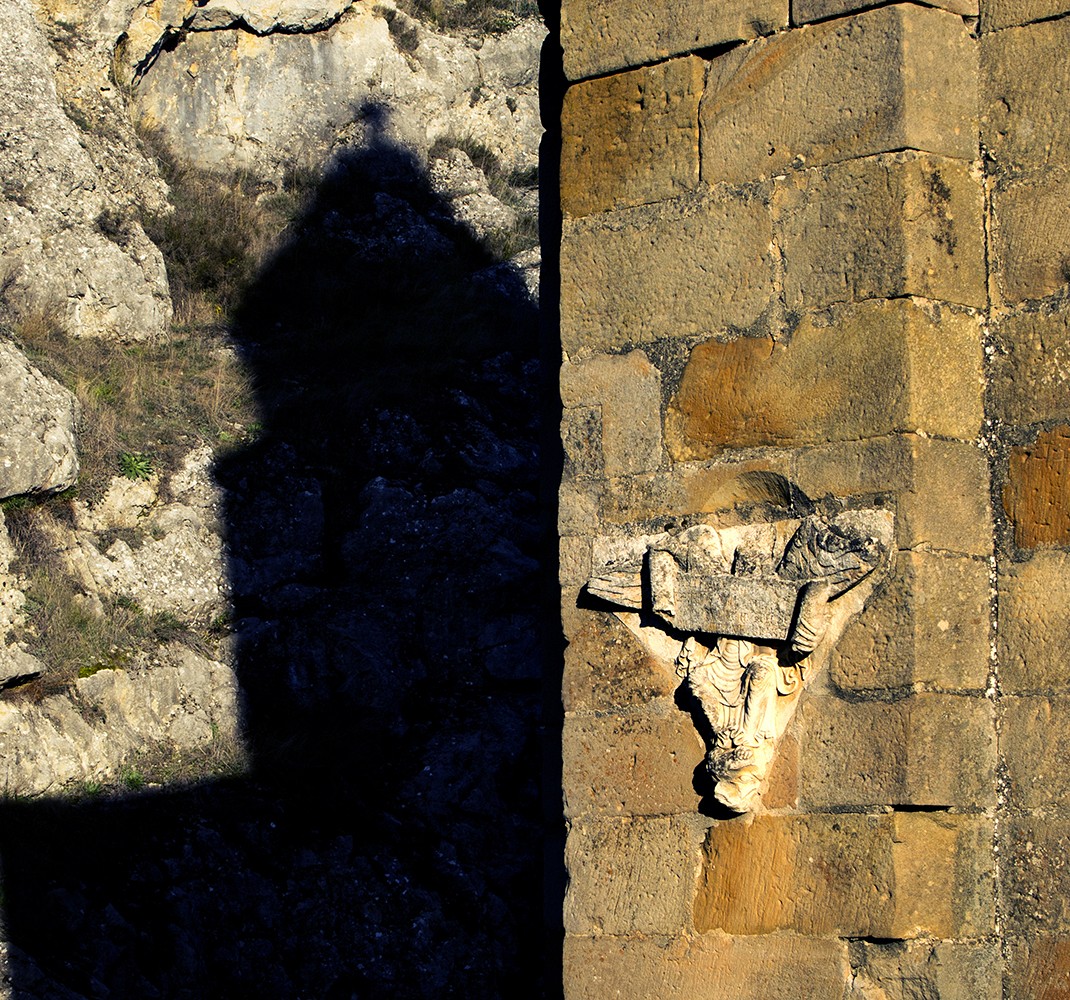 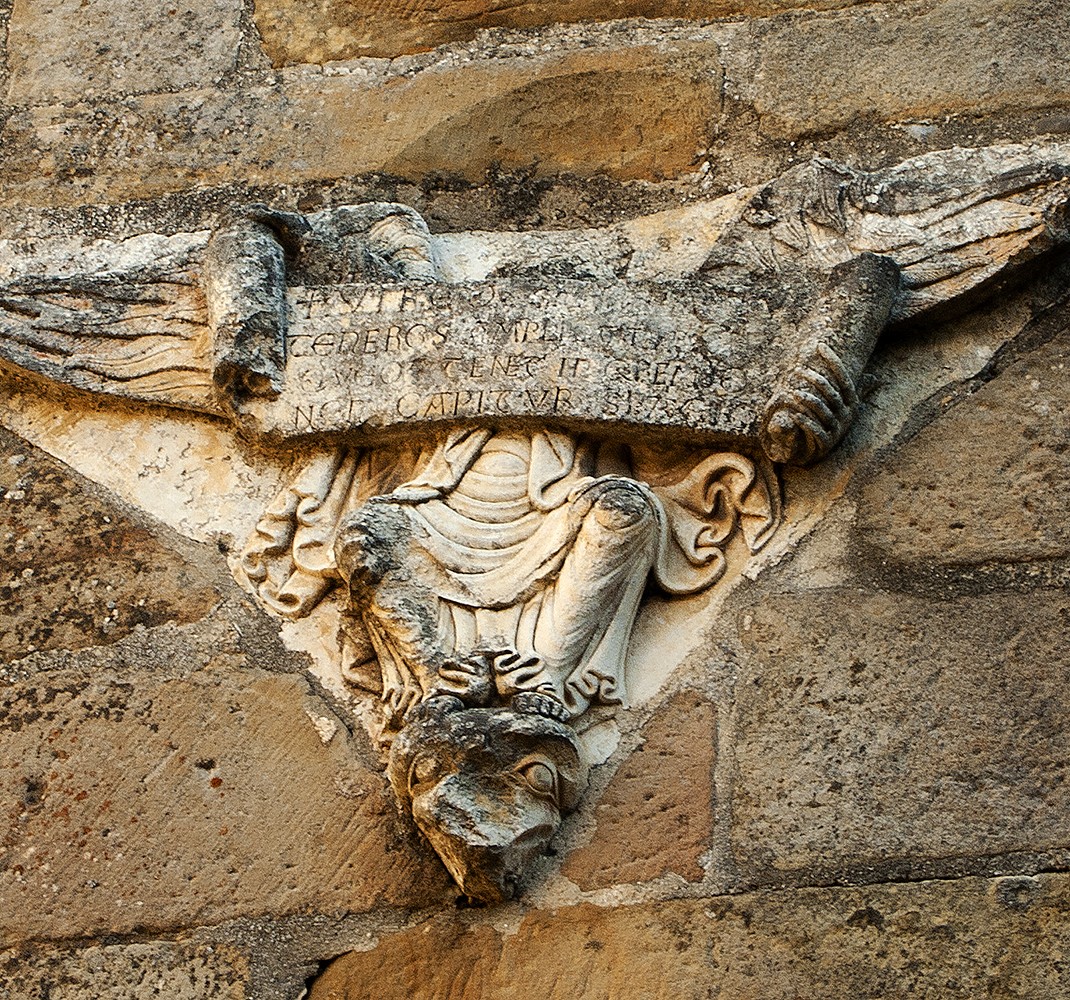 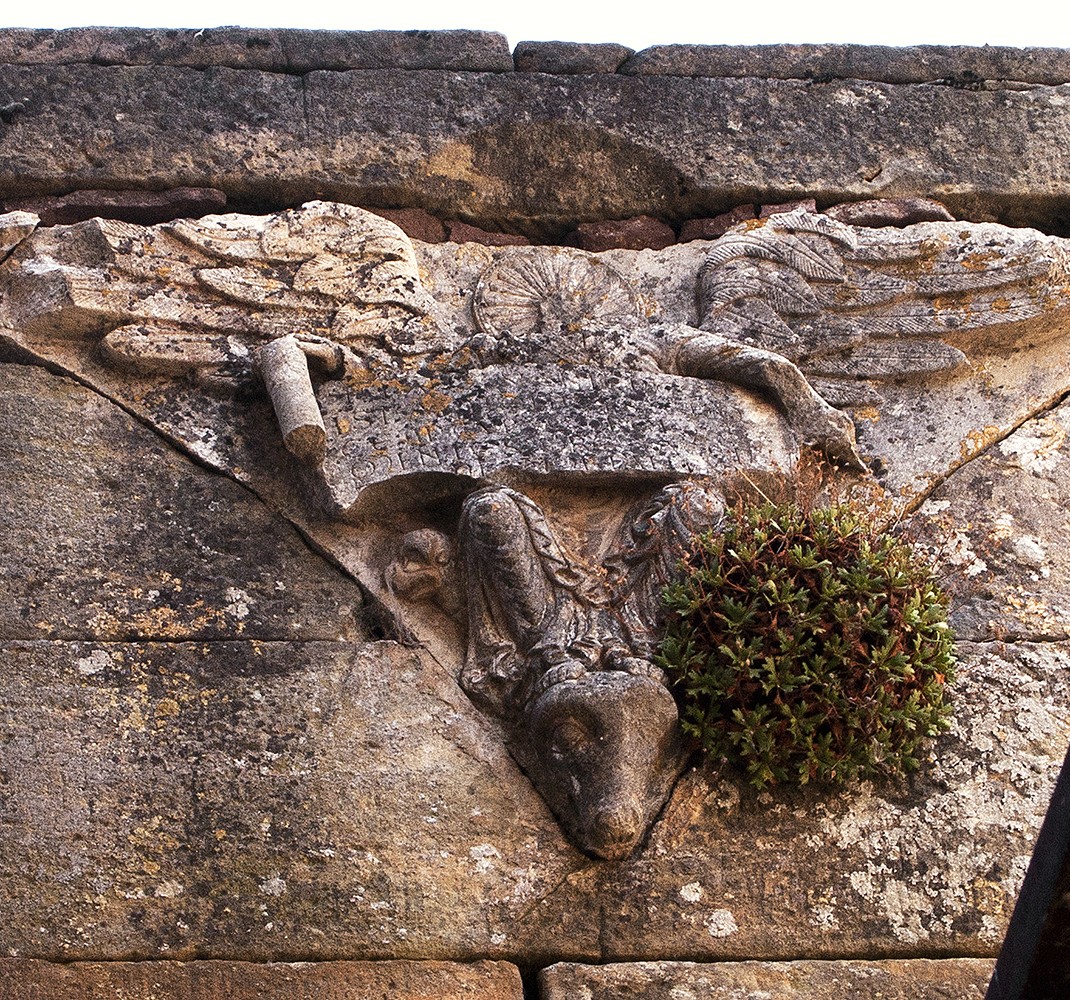