Among the strangest marks that we find on the walls of the monastery are a circular motifs that are distributed in different parts of the building. Its meaning remains a mystery to this day. There are those who speak of sundials, calendars, signs of the monks' prayers, but no other similar brands are known. We assume that these marks have a medieval origin but, as a result of the lack of data, we cannot guarantee this.

The original position of all of them was the outer east wall of the current abbot's chapel, a wall that communicated to the outside of the medieval monastery next to the stream of water, suggesting that they were made to be placed outside the monastic world. With the enlargement of Miguel de Hinojosa, at the end of the 18th century, two of these epigraphs were extracted and reused in other parts of the monastery. One of them, the best preserved, is located in the old mill of the monastery, while the second is very close to its original place, embedded in one of the walls of the wing that closes the space in which we find ourselves. We propose you the challenge of finding it. 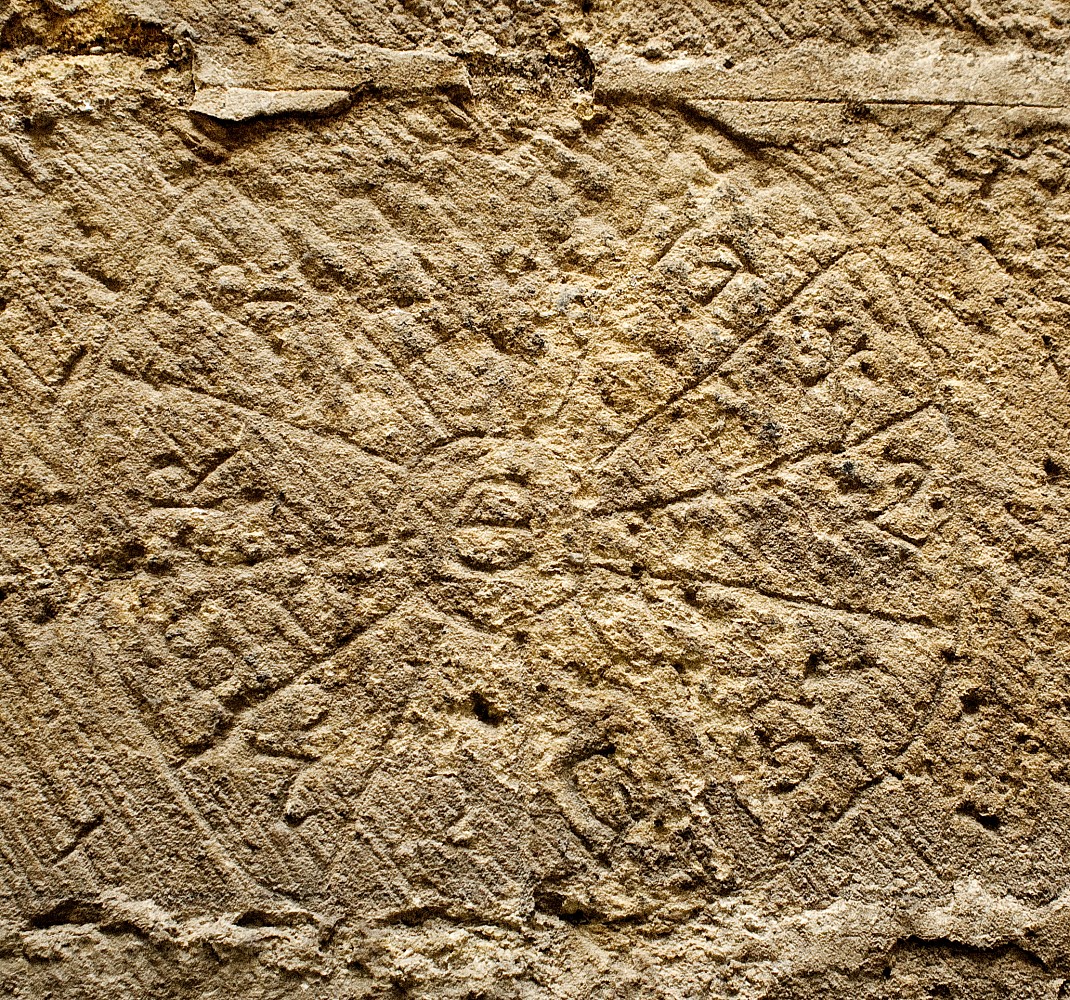 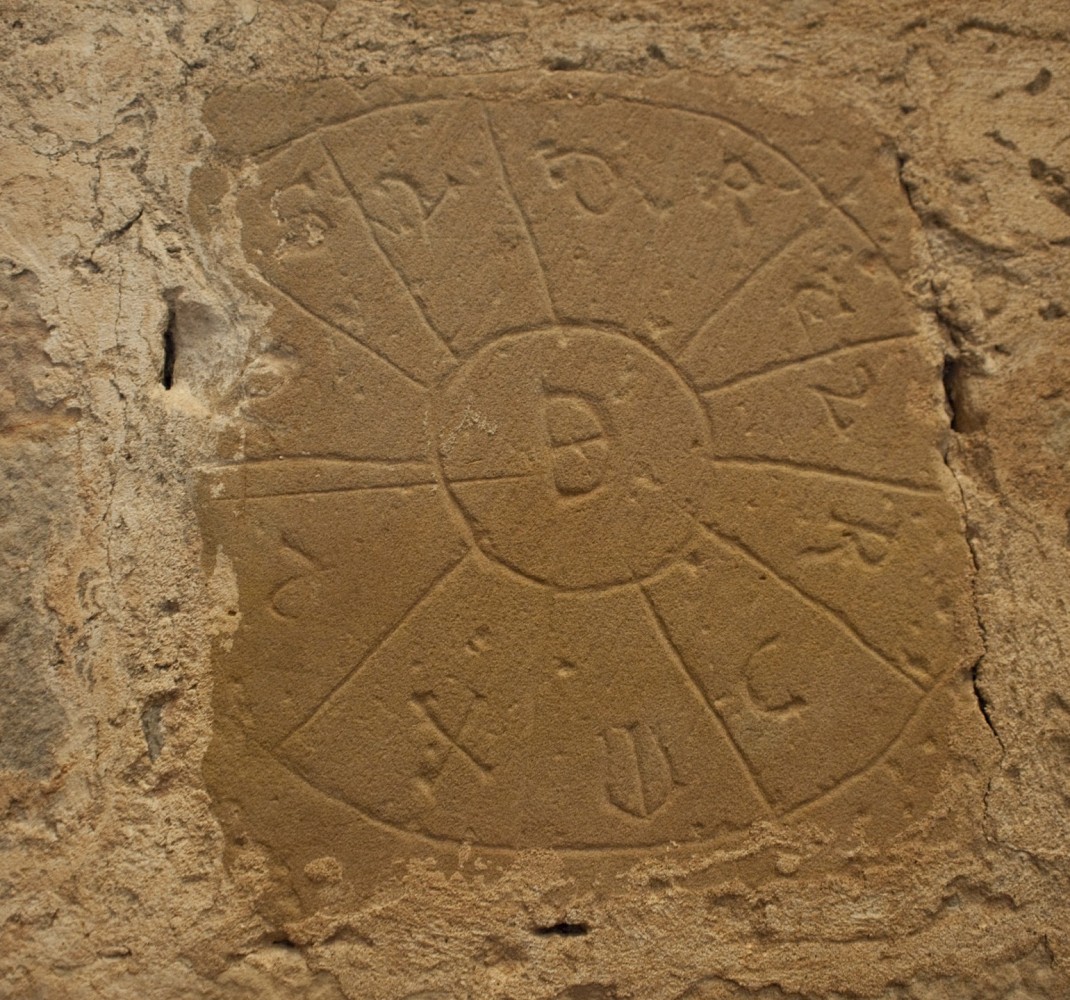