Model of a village in Romanesque times

With this model we wanted to reflect the atmosphere that was lived in a medieval village in the year 1200, at the time when a church was being built, reflecting the daily life of its inhabitants.

Building a church was a great test for the village. The first step was to get the money. In many cases, the people themselves contributed to build the church, which in the end would become, for them, a symbol of prestige and their place of reference.

The church was the main building in any village and used to occupy the highest point. The temple was not just a place to pray, it was the community center because here the people met, taxes were collected, justice was administered and even, if you look closely, you will find many games carved in the stones such as the alquerque, a species tic-tac-toe, which shows us that churches were also spaces for entertainment.

Observe how around the construction you will be able to find all the trades that take part in it: stonemasons, sculptors, carpenters, blacksmiths, etc. The master builder was in charge of directing the works and supervising the works. The whole project was in his head, from the walls to the roof, to get each element to fit perfectly.

In addition to the construction of the church, we have also wanted to reflect the daily life in a medieval village. You can see what the houses were like, where there were three essential spaces: 1 - the stable: the place of the animals. 2 - The bedroom: located above the previous one to take advantage of the heat of the animals and was common for the whole family. 3 - The home or kitchen: the place where daily life was carried out. In addition, we can see other aspects such as games. We can see how in the center of the model some young people are playing the ball game, a kind of antecedent of current baseball.

The model church is based on the one preserved in the town of Revilla de Santullán. On its cover you can see different figures, including the master builder of this temple. Go to the Chapel of Christ of the our monastery and look in one of its panels for all the information about this town, you will even know how the master stonemason was called. 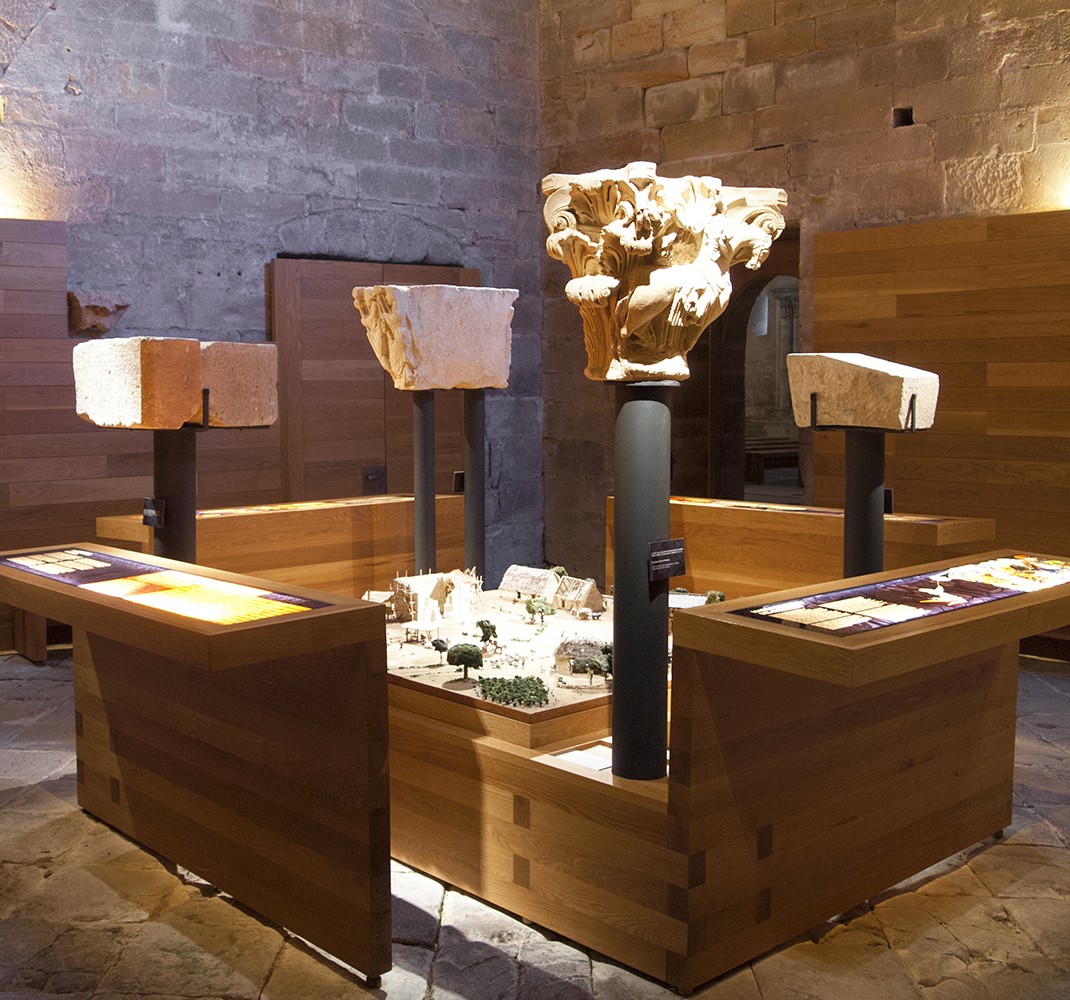 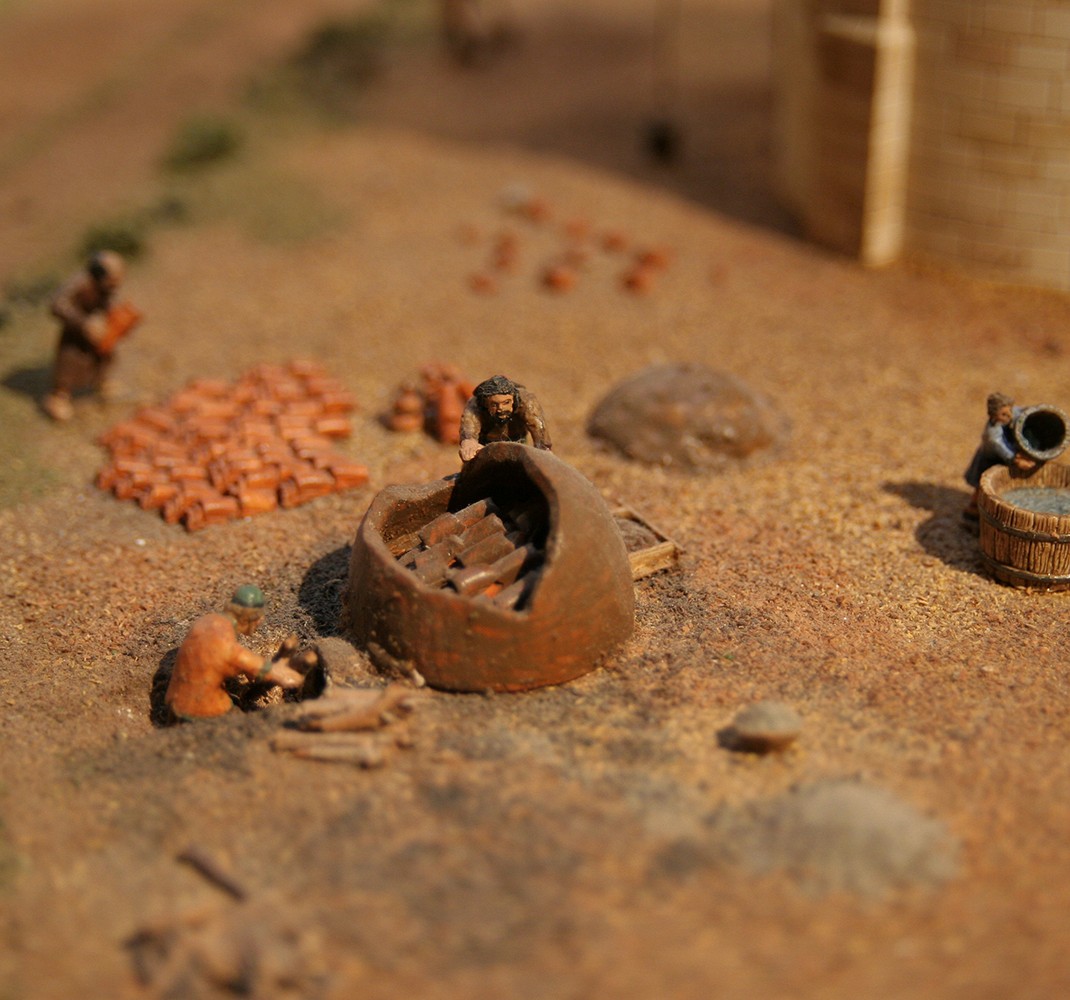 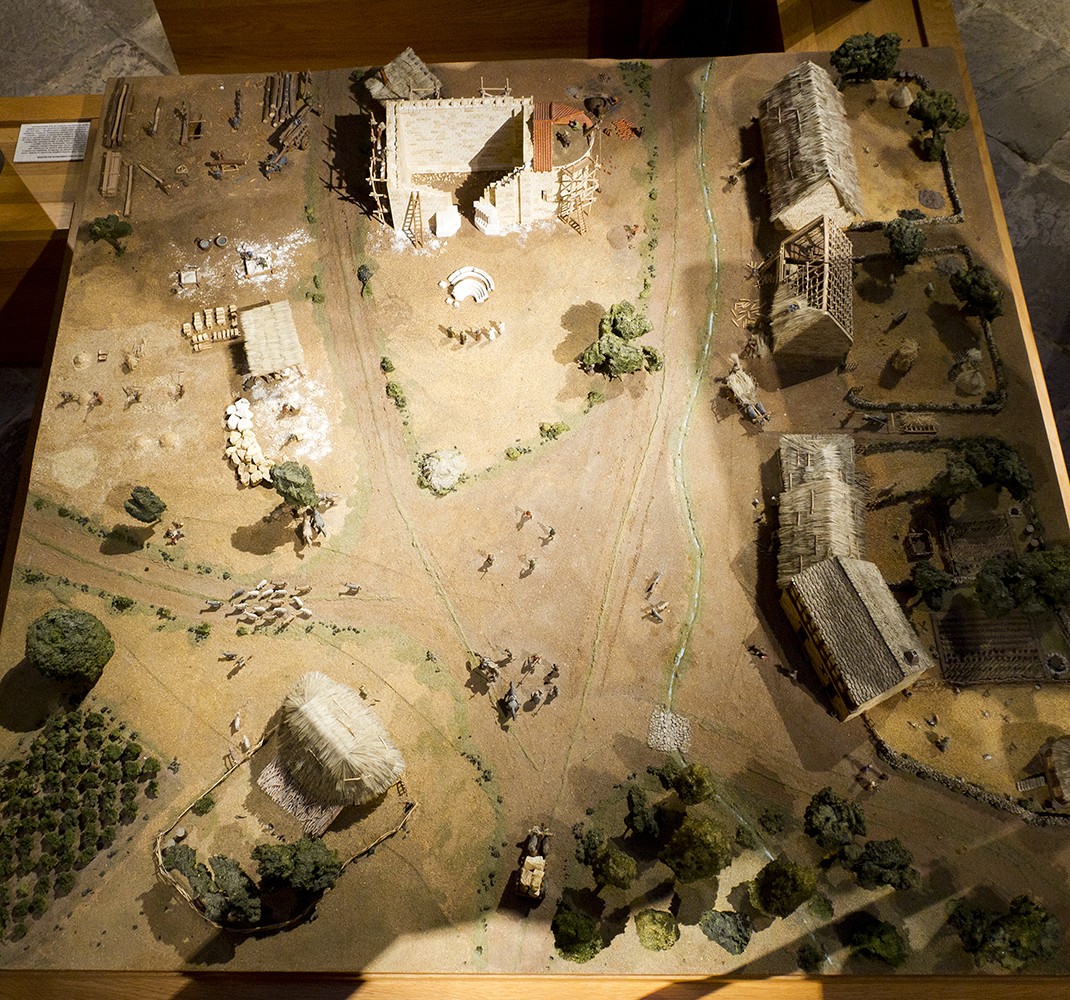 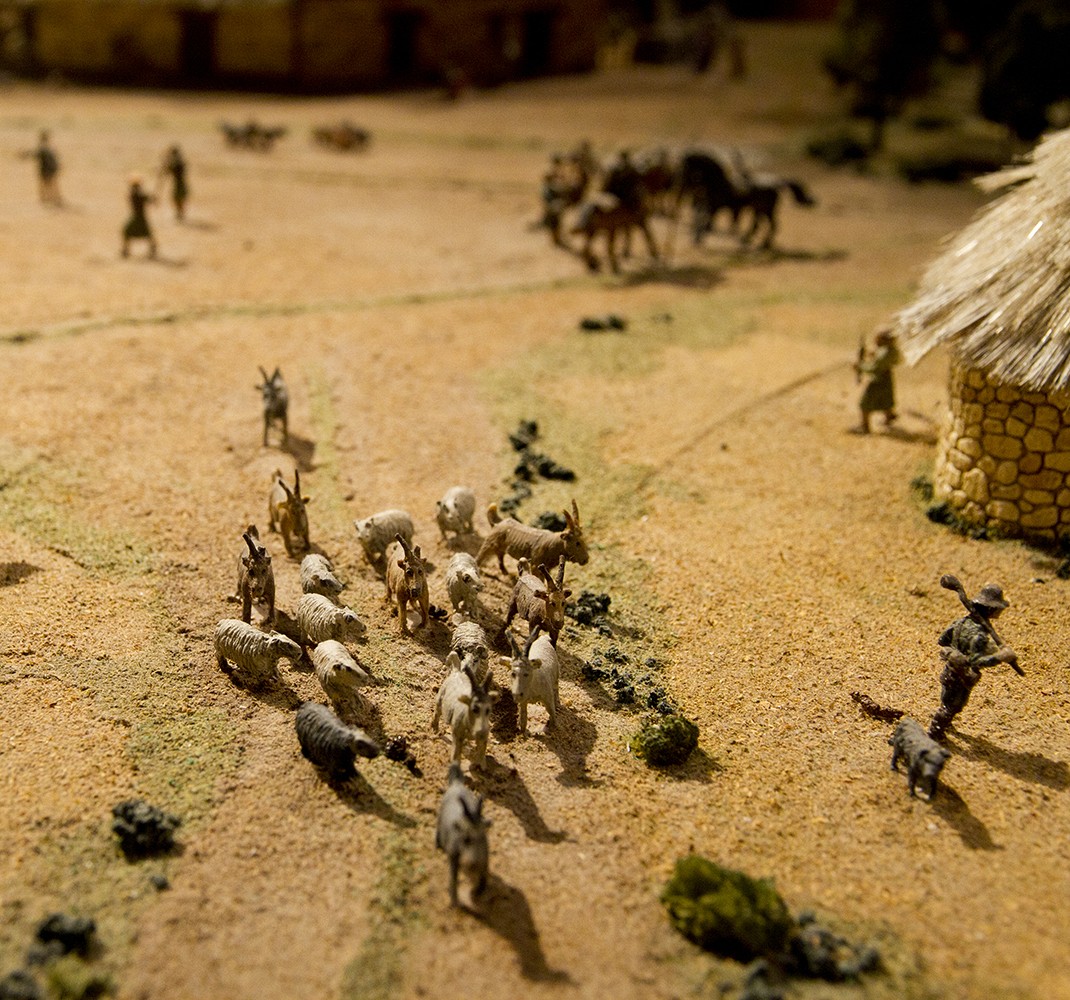 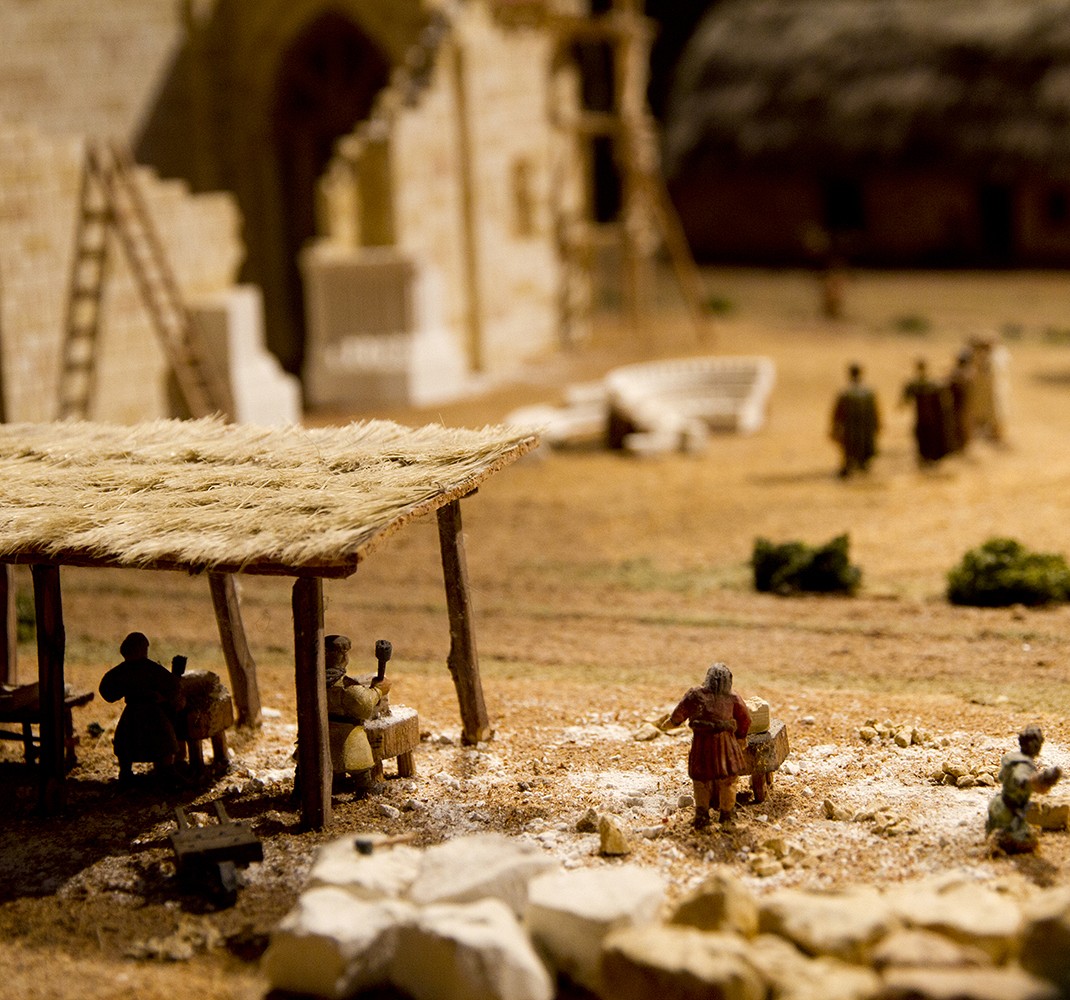 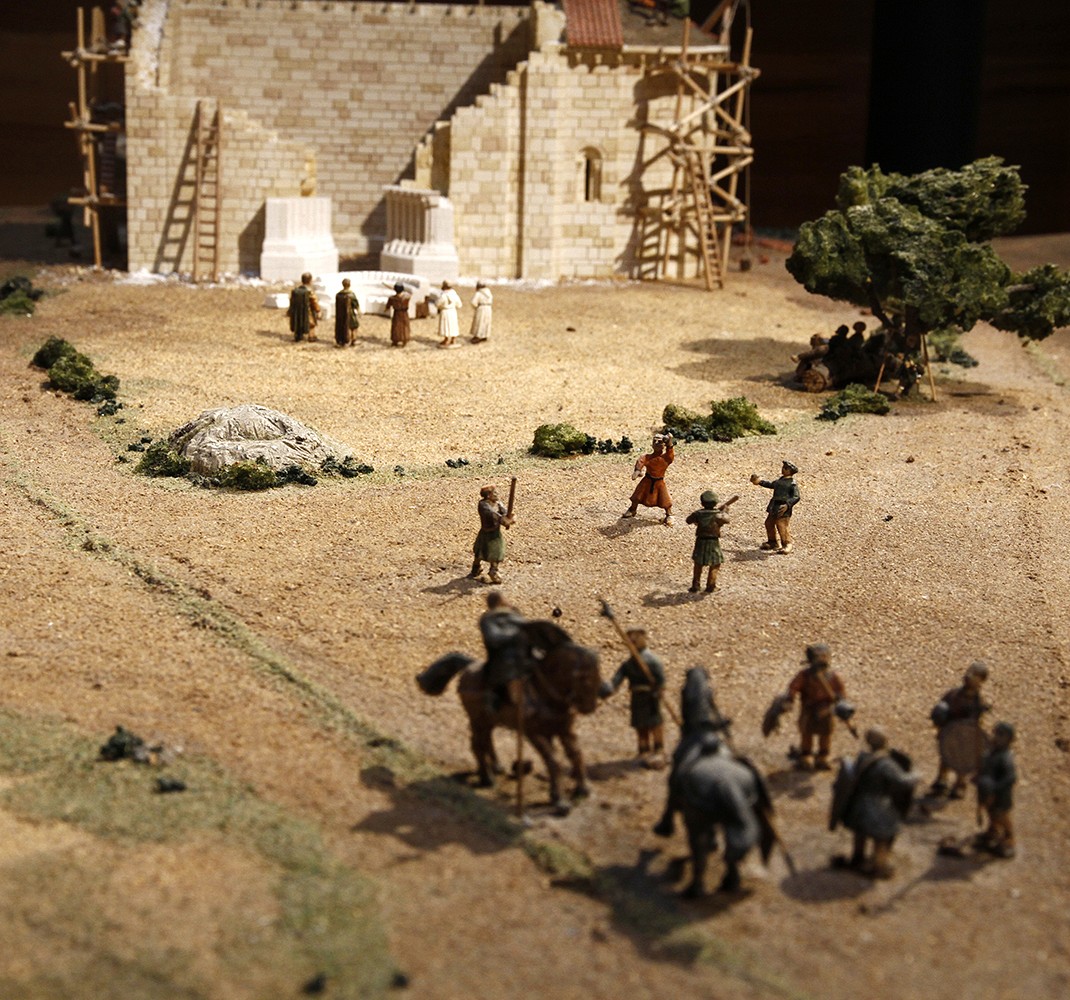 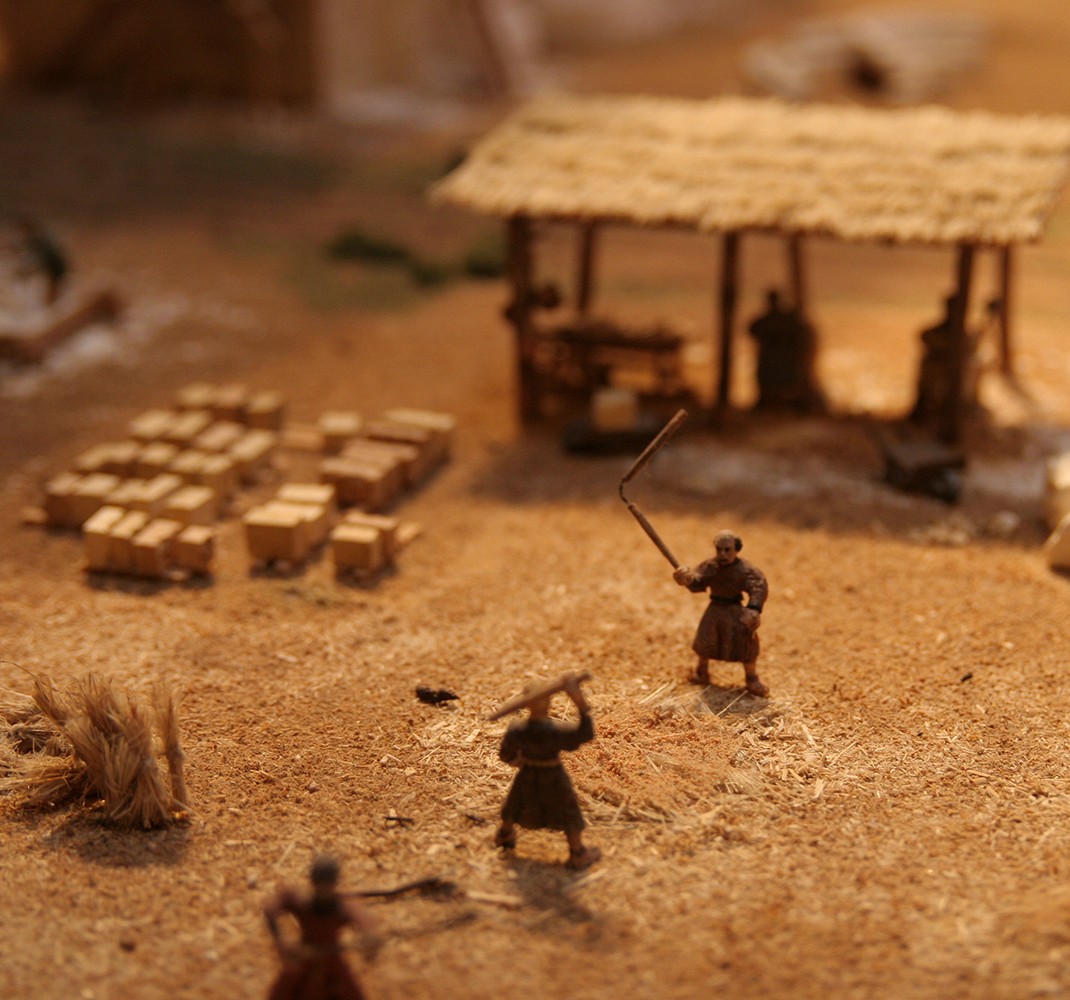