It is located near the temple, in order to facilitate the passage of the community every day after the "prime" hour, that is, the first hour after sunrise. It was rebuilt by the Premonstratensians in 1209 and its low height is due to having the common bedroom on the upper floor.

Its uses were diverse, but fundamentally it was the meeting place of the community, which came to it when they were called to a “chapter”, in which they dealt with matters of general interest or the elections for abbot, for example.

This room has undergone numerous modifications over time, such as the opening of the arches, old funerary arches, which overlook the parlor, or the staircase made in the seventeenth century, which started from the center of the room and, crossing the arch located in the east wall, went up towards the old common dormitory of the monastery, which at this moment became the new chapter house, known as "the big room". The staircase was removed during the building's first restoration, in the 1960s.

The capitals that are conserved in the chapter house present a vegetal ornamentation where we can appreciate the ones known as "ovas of Saint Andrew", a circular decoration visible in the cymas that suggests the influence of the nearby monastery of San Andrés de Arroyo, a detail that we can also perceive in arch, decorated by saw teeth, that gives access to the room from the cloister.

Although quite deteriorated, we must also highlight the vault keystones in the room. In most we can see vegetable decoration, but we also find an "agnus dei" and another model with facing harpies. 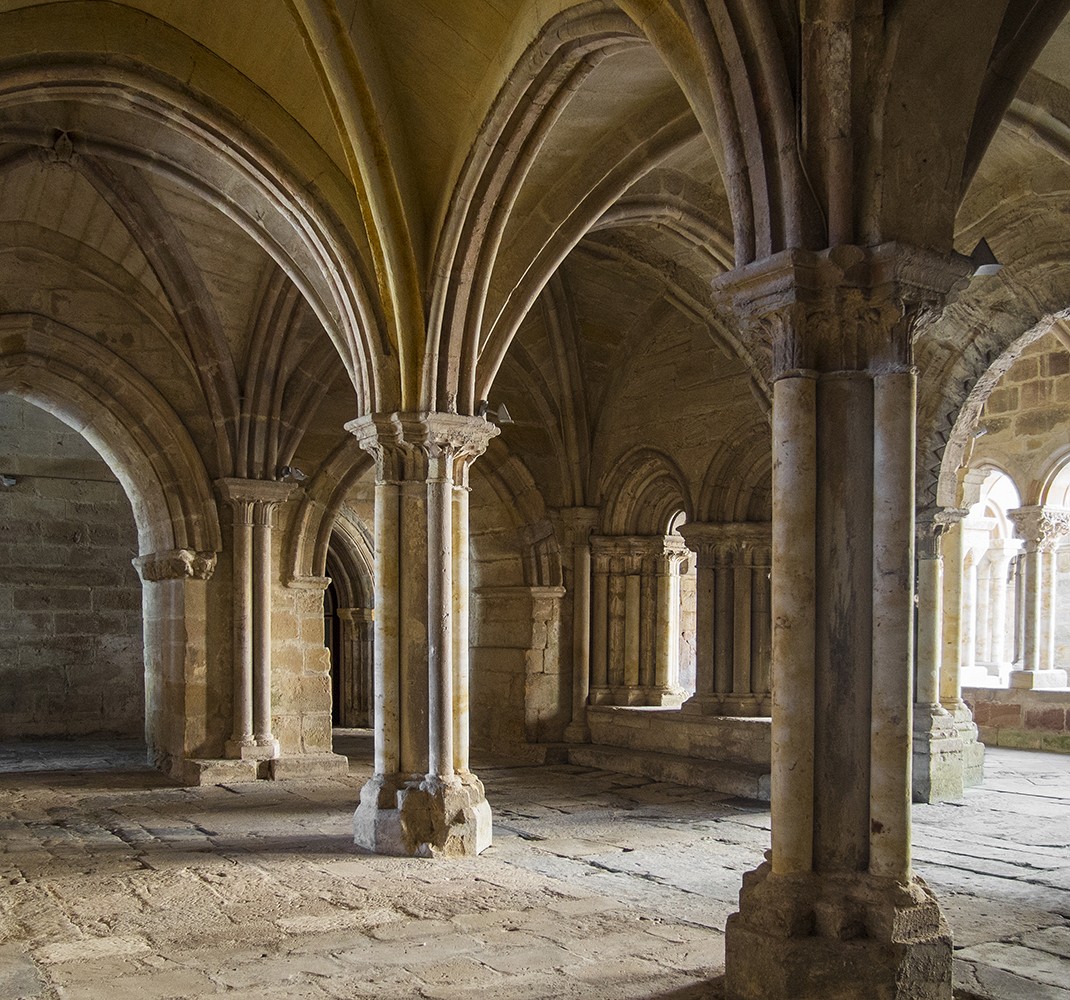 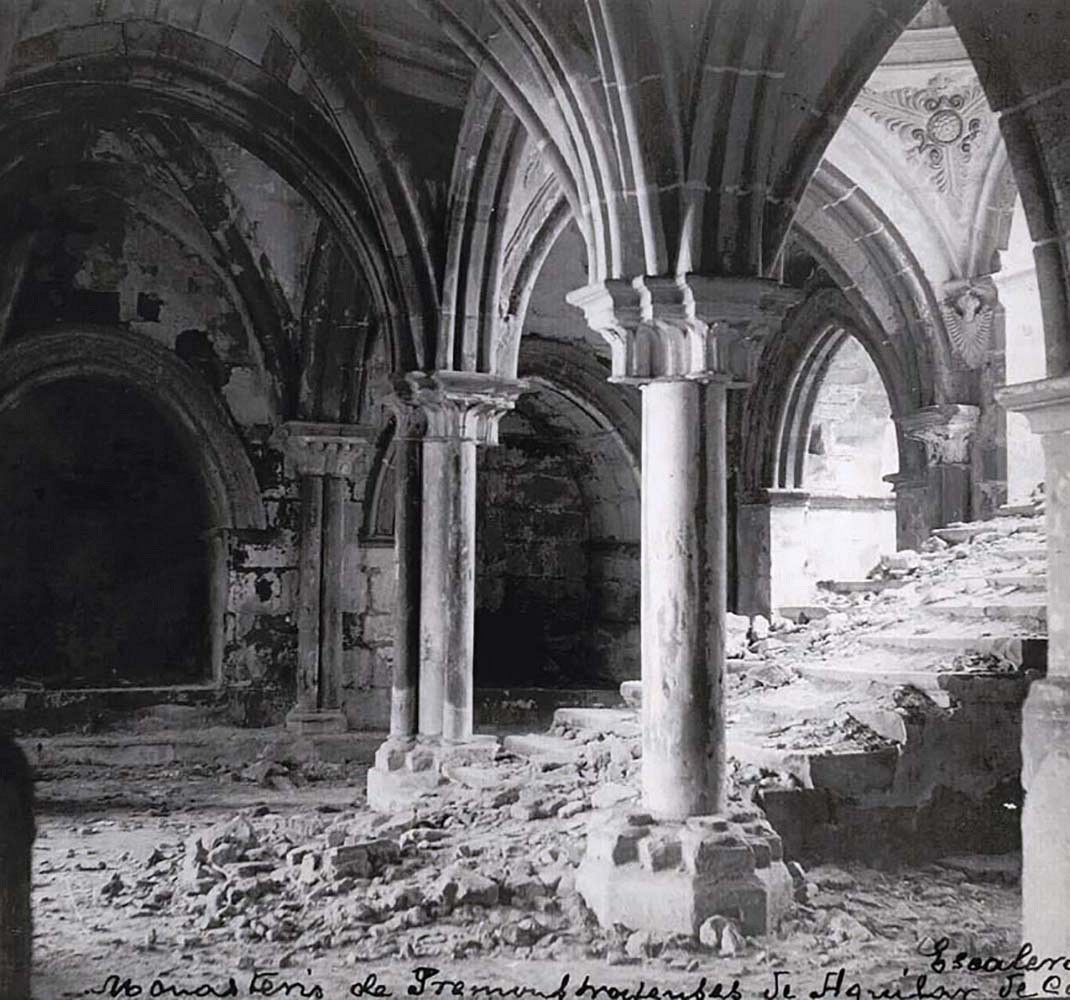 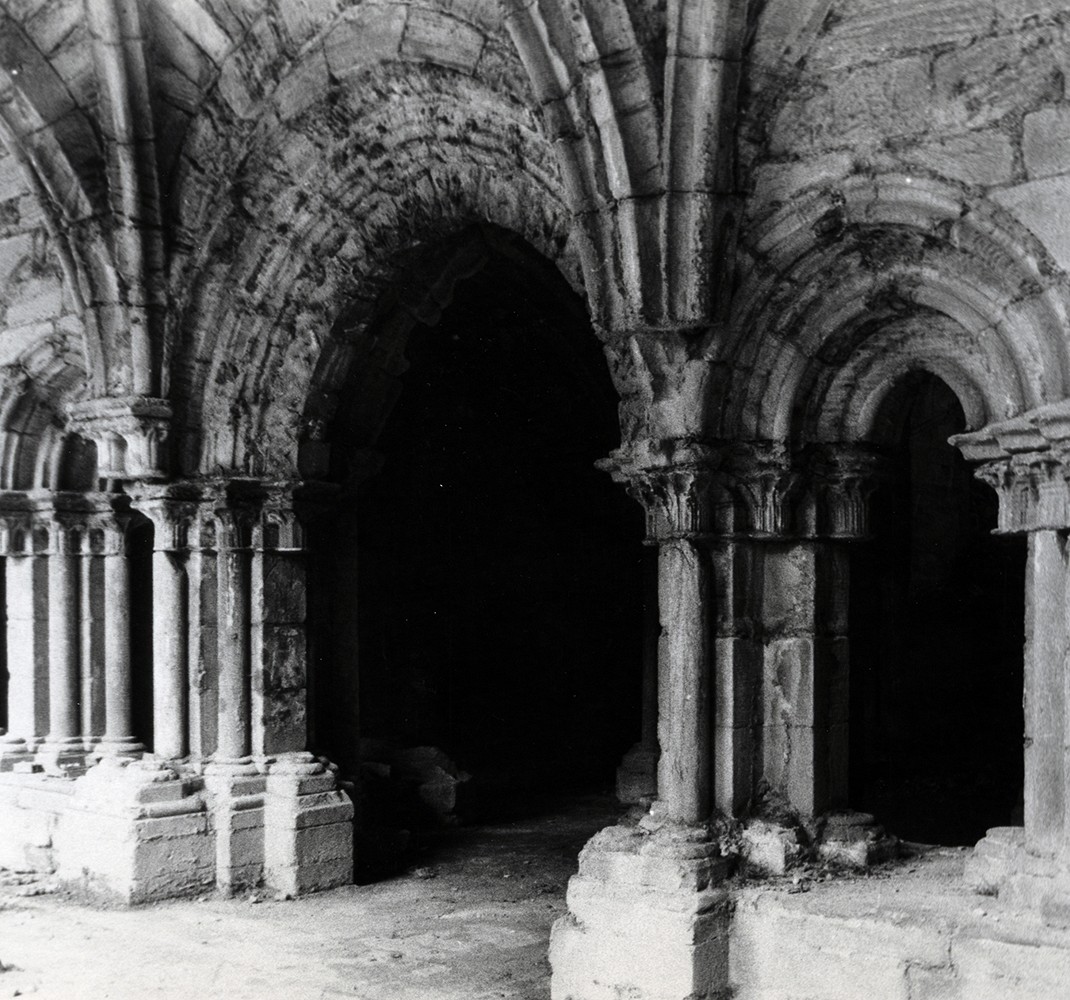 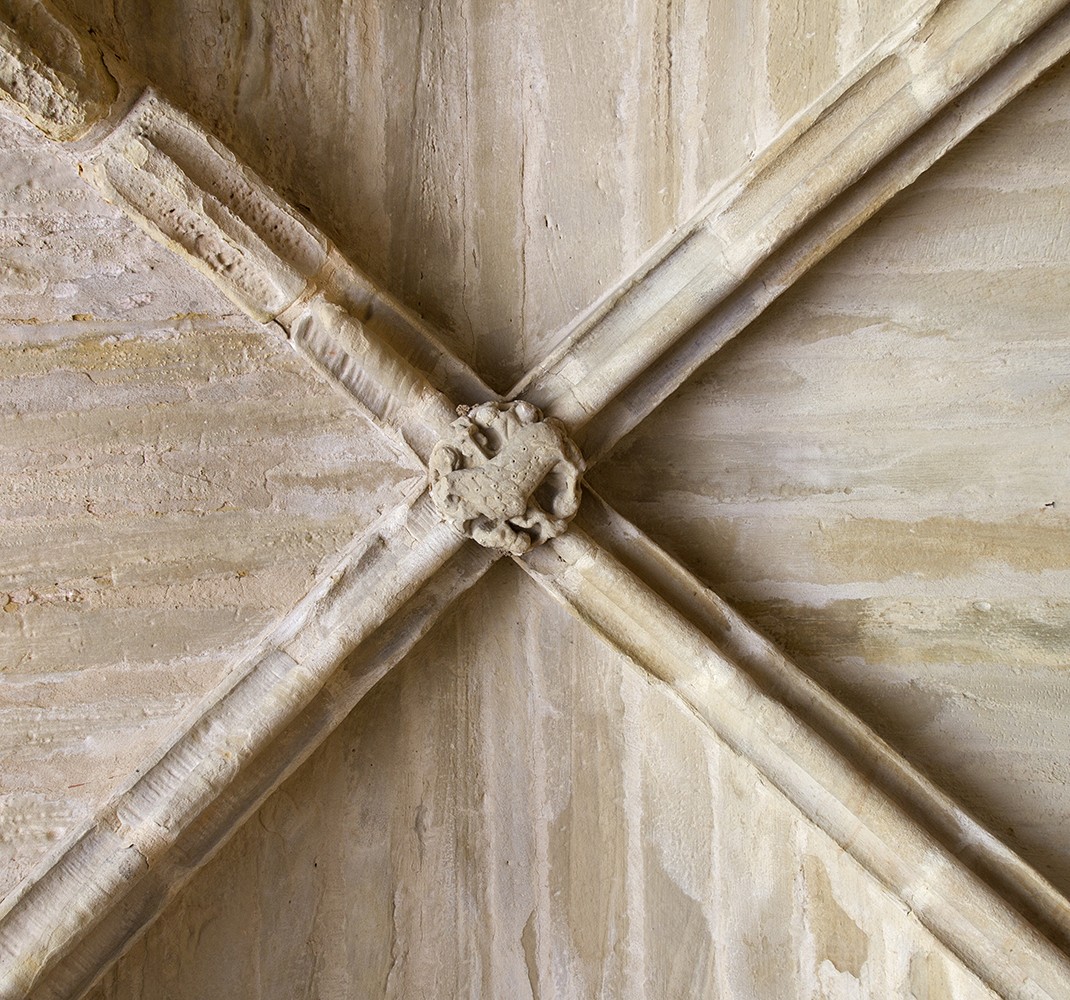 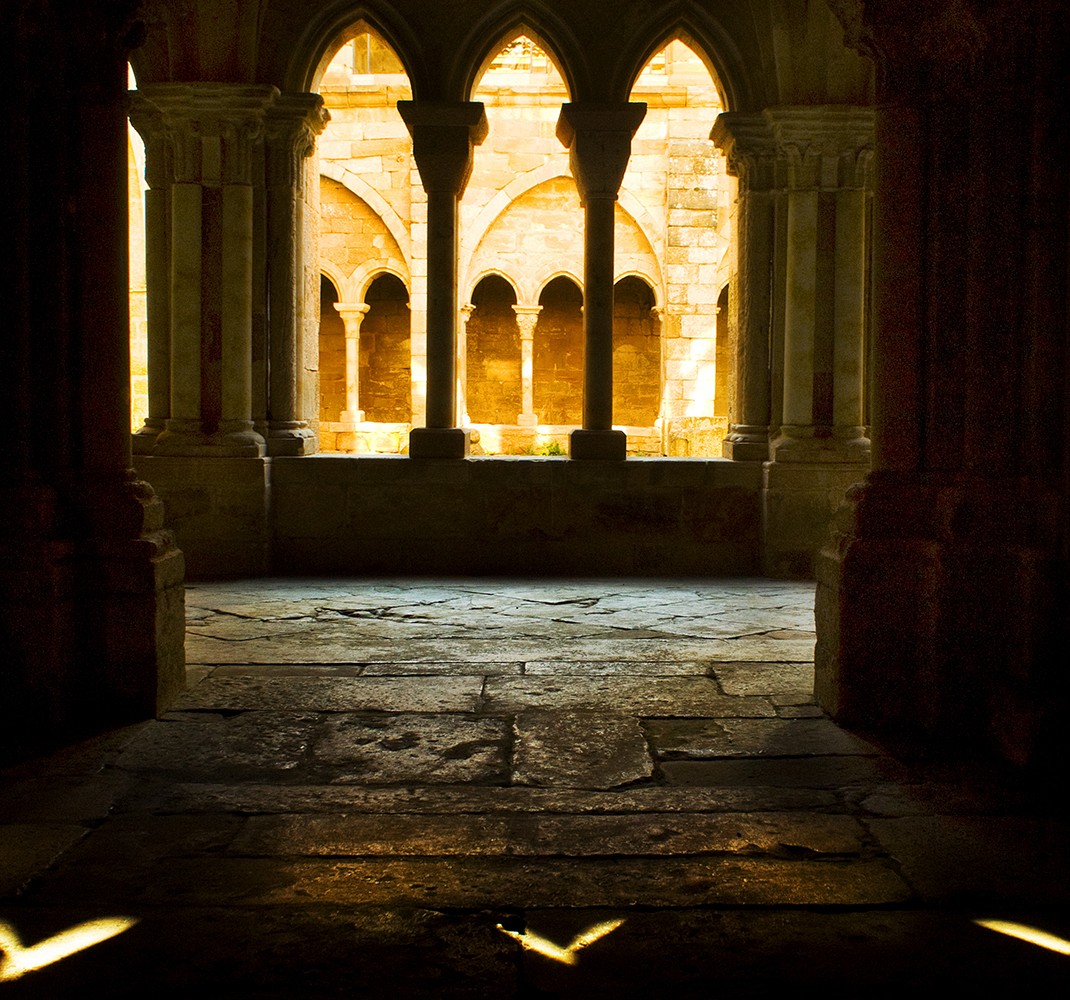 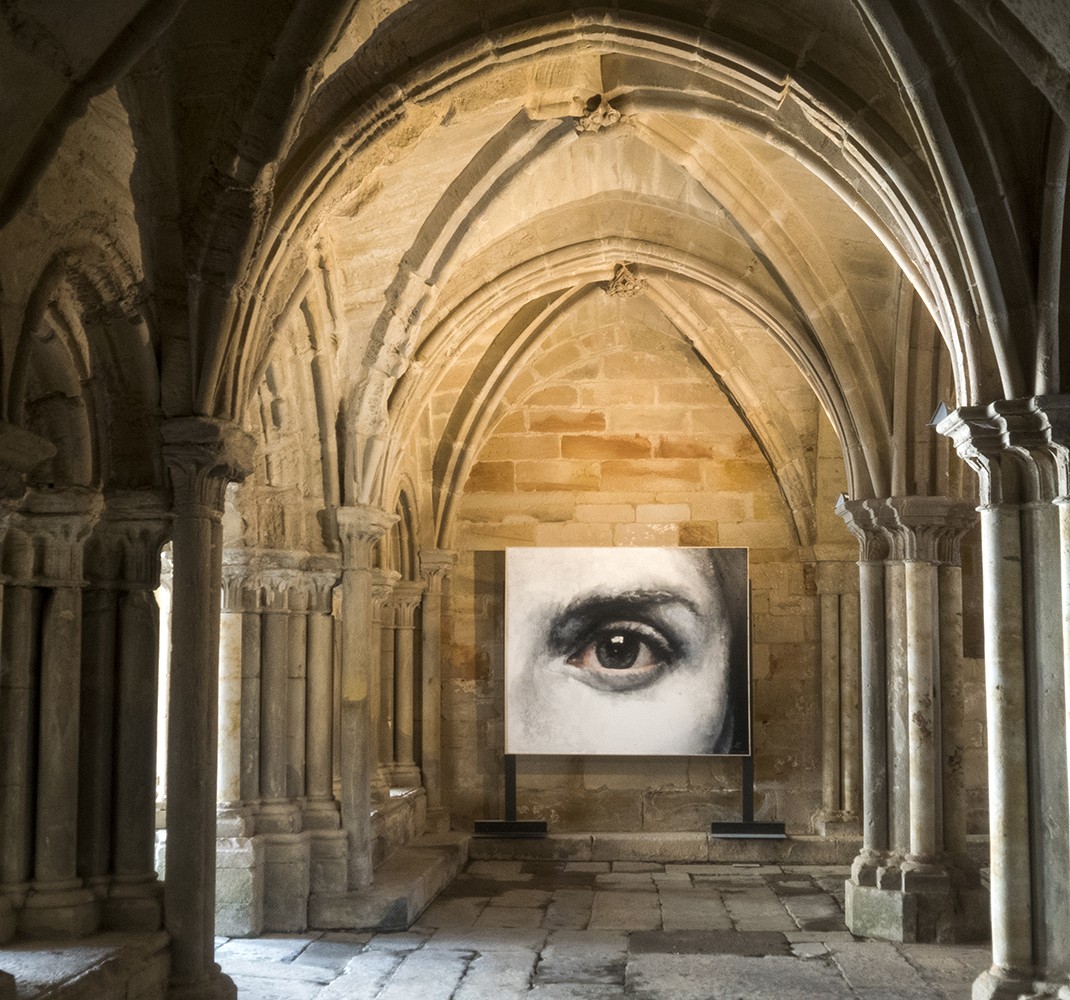