Restored in the 80s.

North gallery of the cloister.

This capital seems to be repeated, since similar pieces can be found in other areas of the cloister. Only a small original fragment is preserved that presents a vegetal decoration, since the rest of the piece is filled by the so-called “capable solid”, an architectural addition of uncut stone placed during the restoration of the eighties. The objective is that we can know in a simple way which is the original Romanesque part and which is the modern restored part. Photographs from the early twentieth century are preserved, which show the capital in a more complete way along with the top part of it, currently unaccounted for.

At the end of the 19th century, a large part of the original capitals of the cloister and the church were taken to the National Archaeological Museum of Madrid. José María Pérez "Peridis" will follow a restoration model that respects the building's history, different from the traditional historicist one, used since the 19th century and established by the French architect Viollet-Le-Duc who sought to restore the building to its medieval image with drastic restorations. The architect did not place new carvings, which imitate the medieval, to replace those guarded in Madrid, but instead filled the deteriorated pieces with completely new material. In this way, he highlights the primitive part of the capital and reuses most of the original material of the building that he found among the rubble and brush that, at that time, inhabited the building. 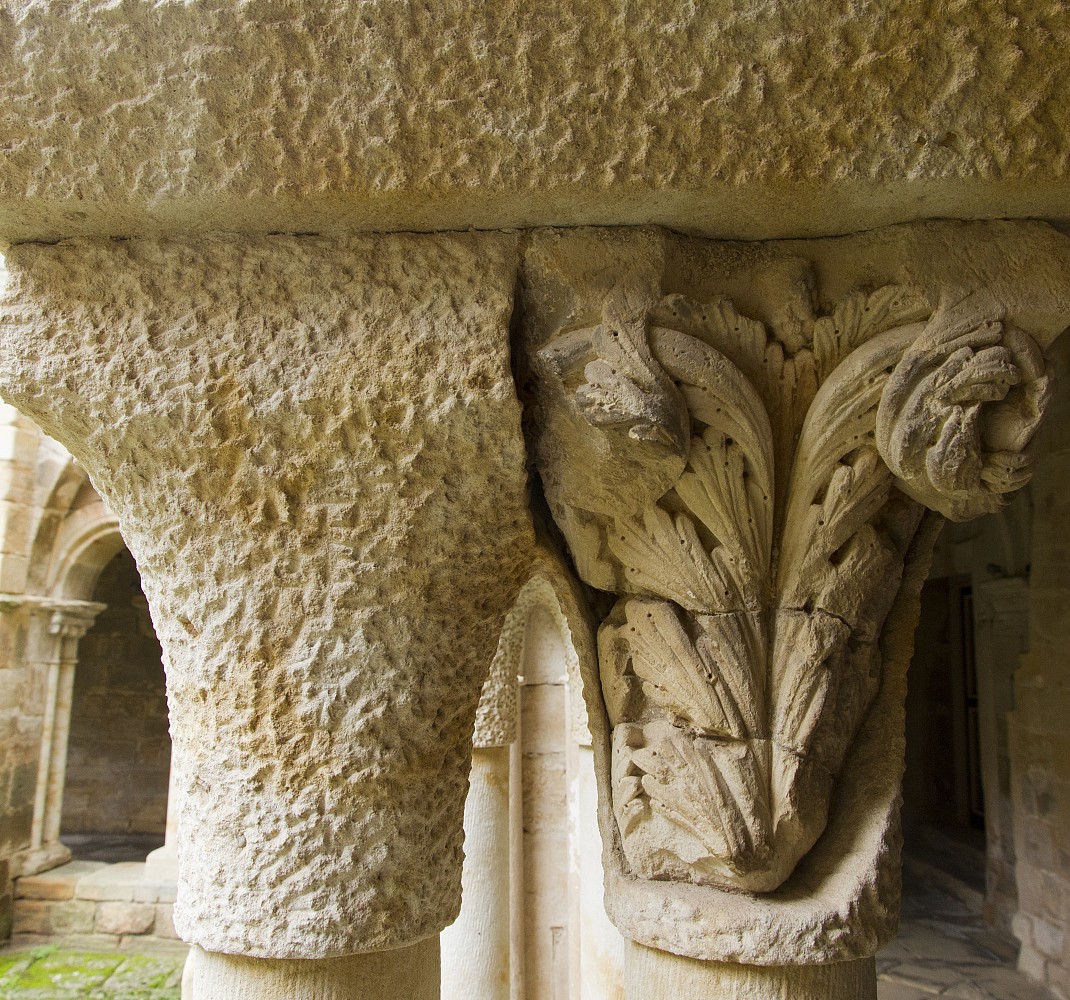 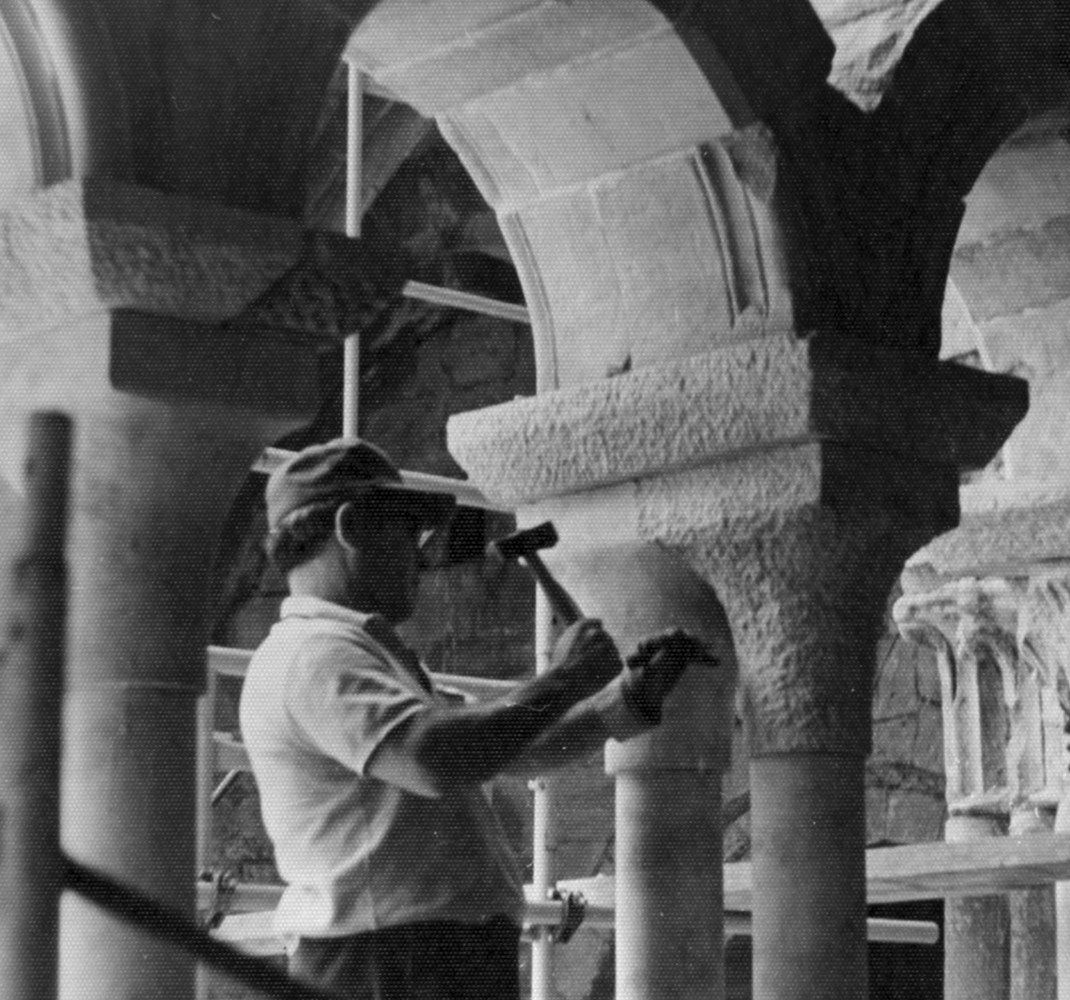 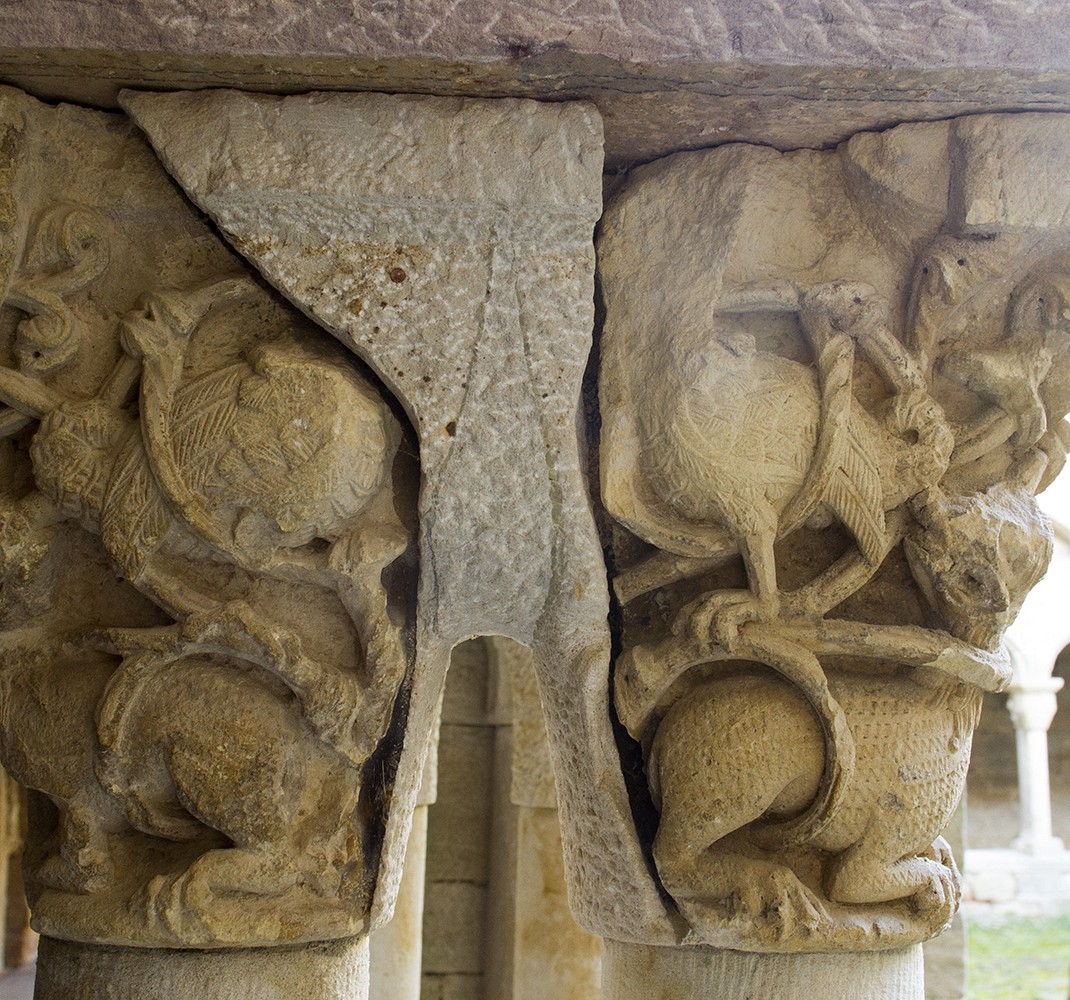 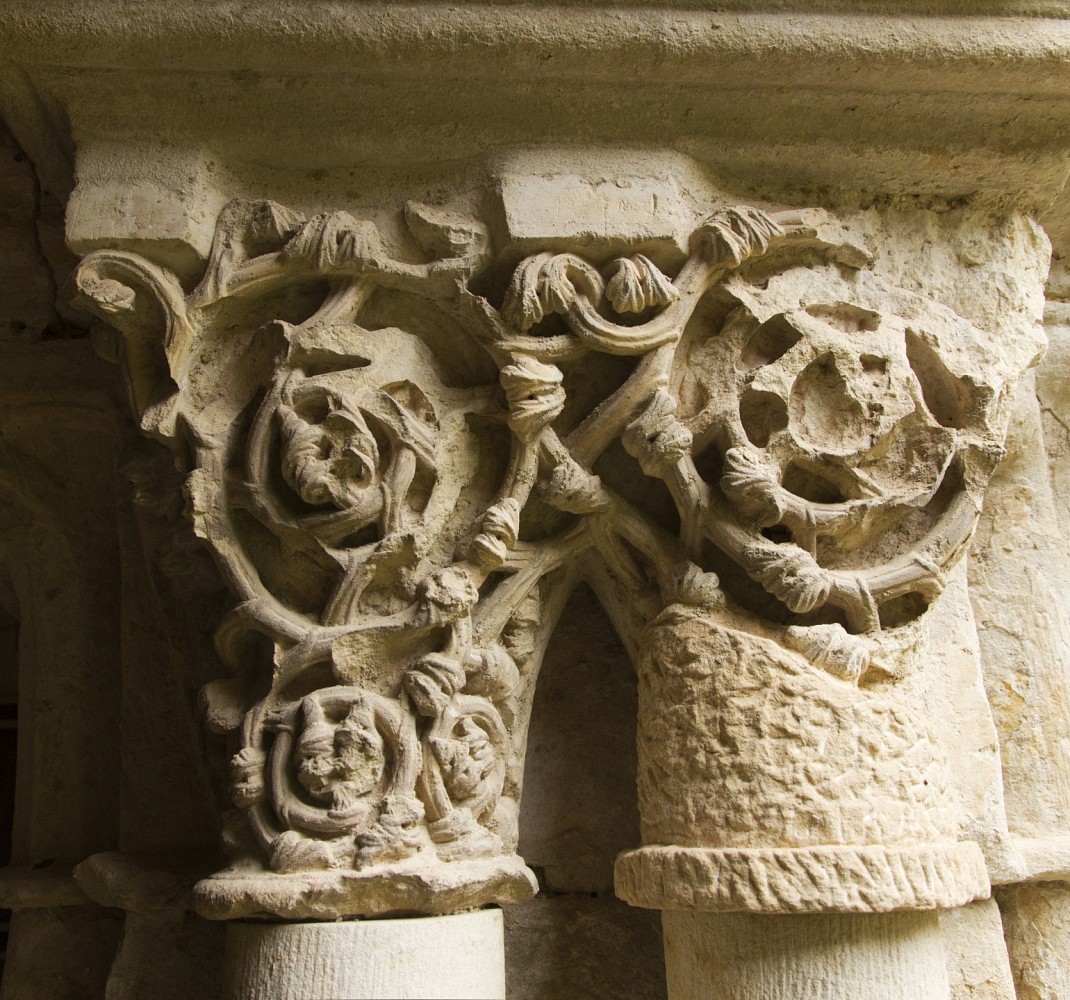