Chapel of the Abbot

This chapel, at the beginning, was called Santa María Magdalena and is supposed to have had a funerary purpose, both to host burials and to carry out mortuary preparations. From here, in procession, they were to the cemetery. Due to this first use, the room conserves important remains of lime inside, since, being an abrasive substance, the lime helped to clean and disinfect the walls and thus prevent the spread of diseases among the congregation. Later it became to was used as the abbot's private chapel.

The decoration of the current fountain, whose base is not the original but the result of the restoration of the 80s, corresponds to the 16th century. The capitals, for the most part, are of a vegetal type, except in two cases, in which, although deteriorated, we can see the representation of harpies, with a raptor's body and a female bust, and griffins, with a lion's body, and a beak, torso and wings of eagle, both very common in Romanesque.

The room is a good example of Romanesque transition to Gothic, appreciating a Romanesque structure, with semicircular windows, although with a roof of Gothic ribbed vaults that still do not achieve the purpose of giving height and lighting to the space.

Outside, the window closest to the stream was hidden until the second rehabilitation of the building. Its capitals are in a good state of preservation, except for the angular fractures caused by the attachment of the wall from the 18th century. One of its capitals presents facing harpies touched by a hood. 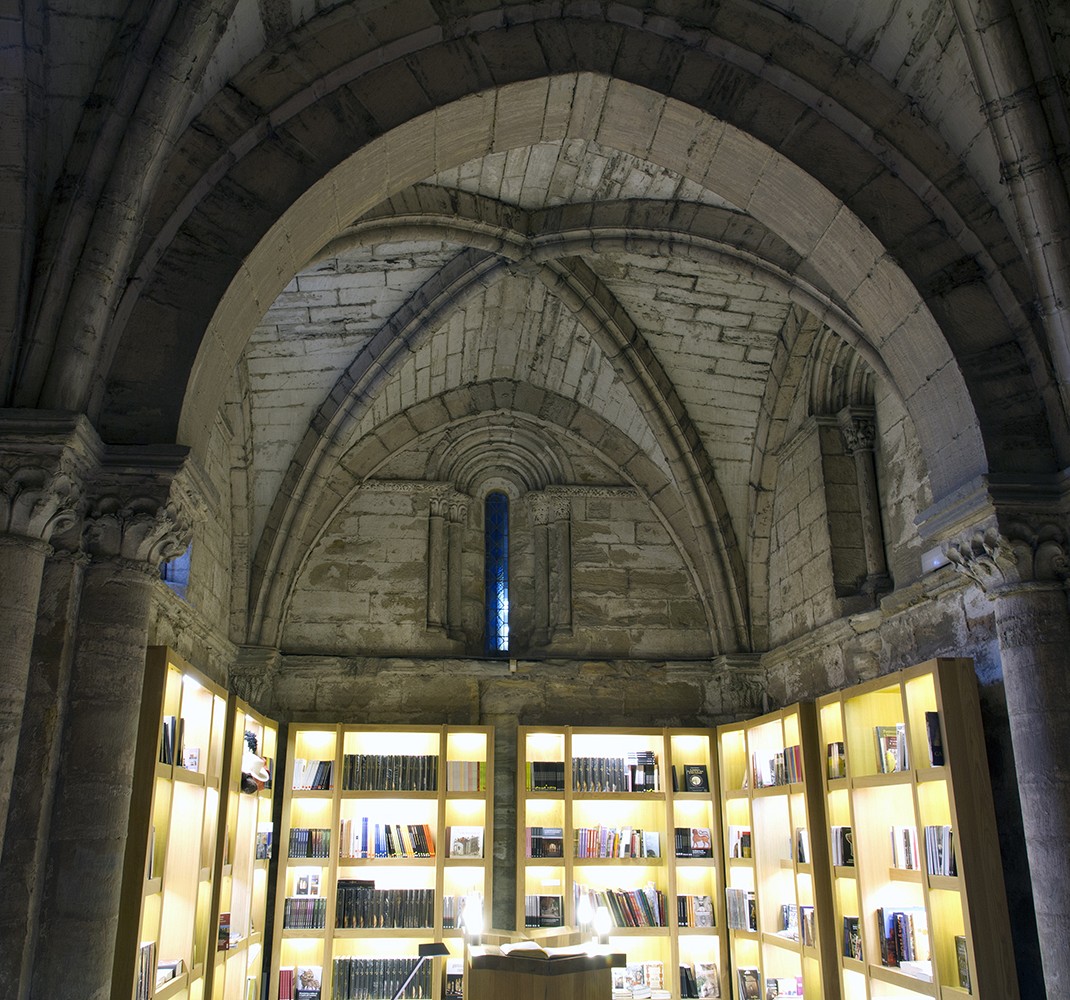 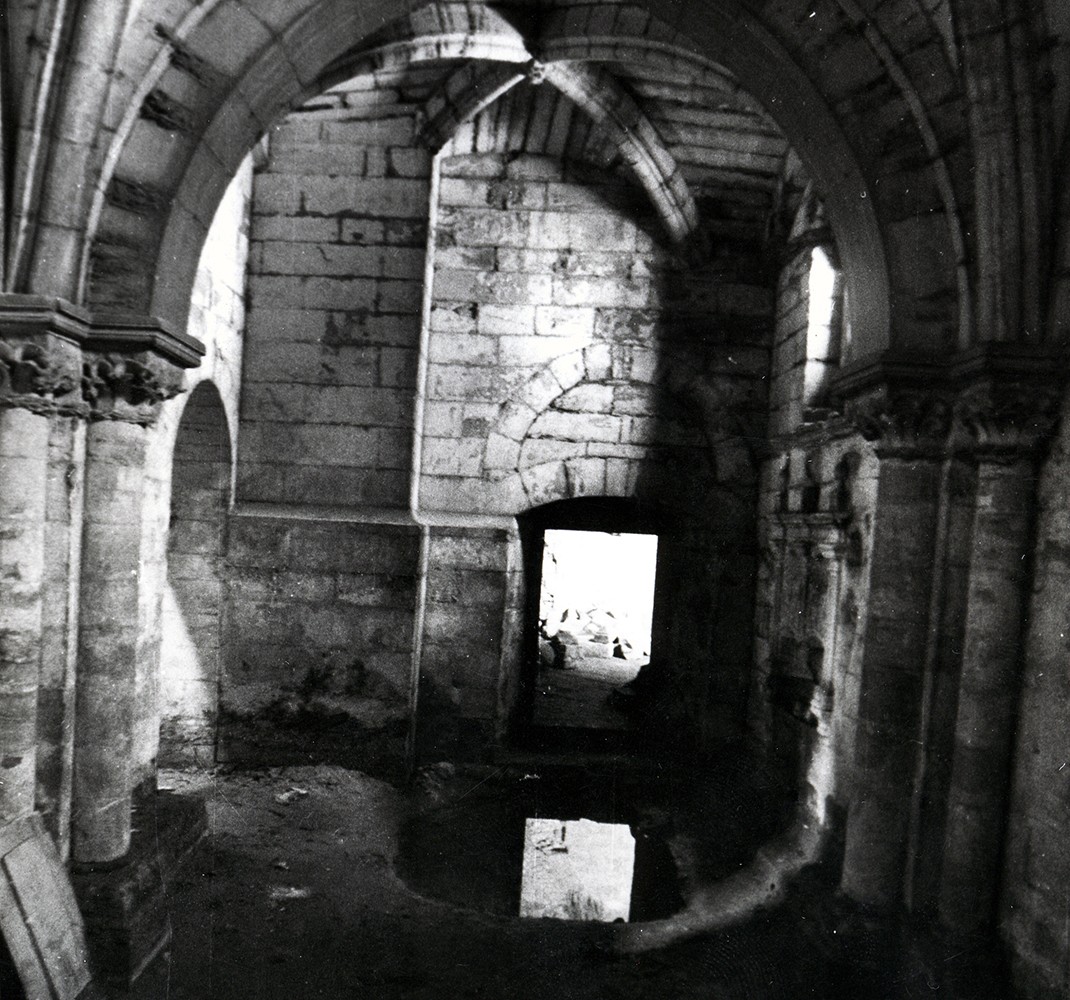 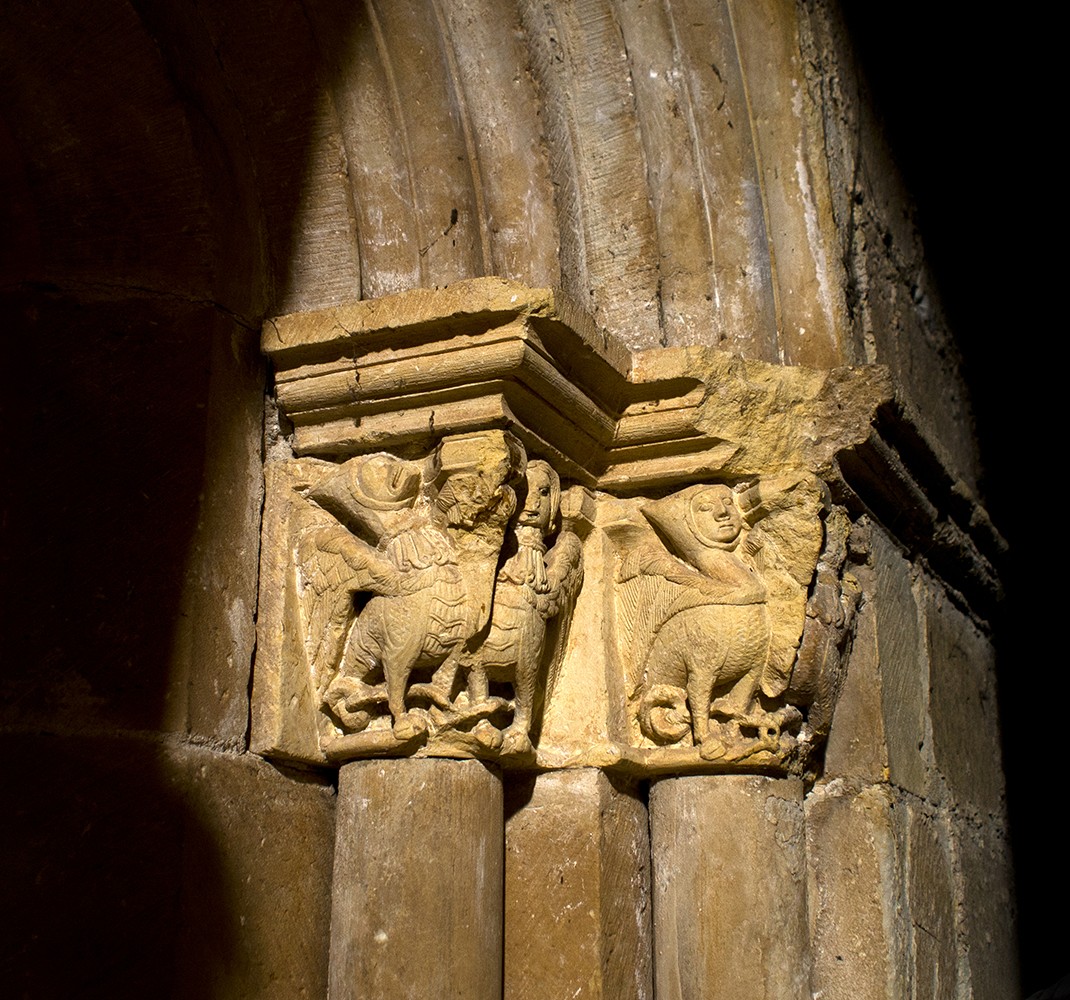 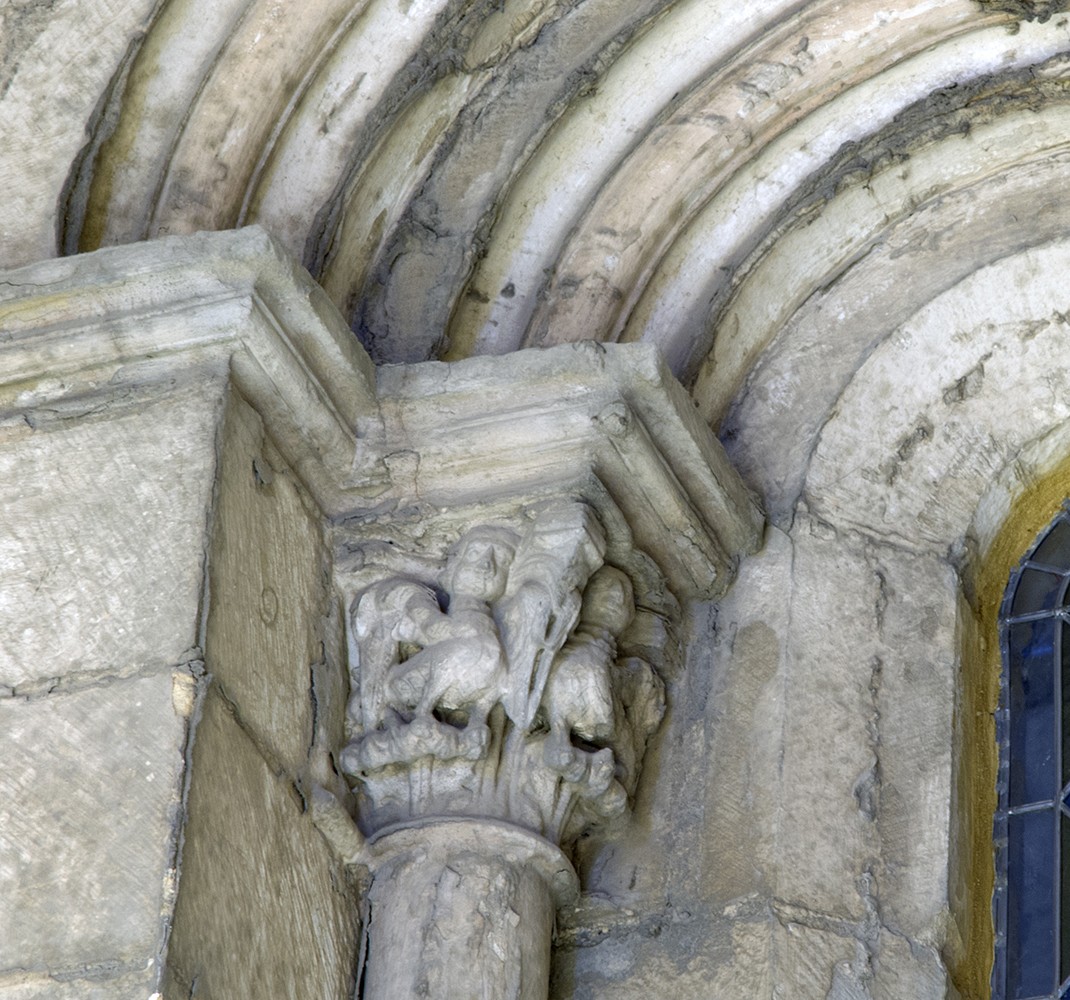 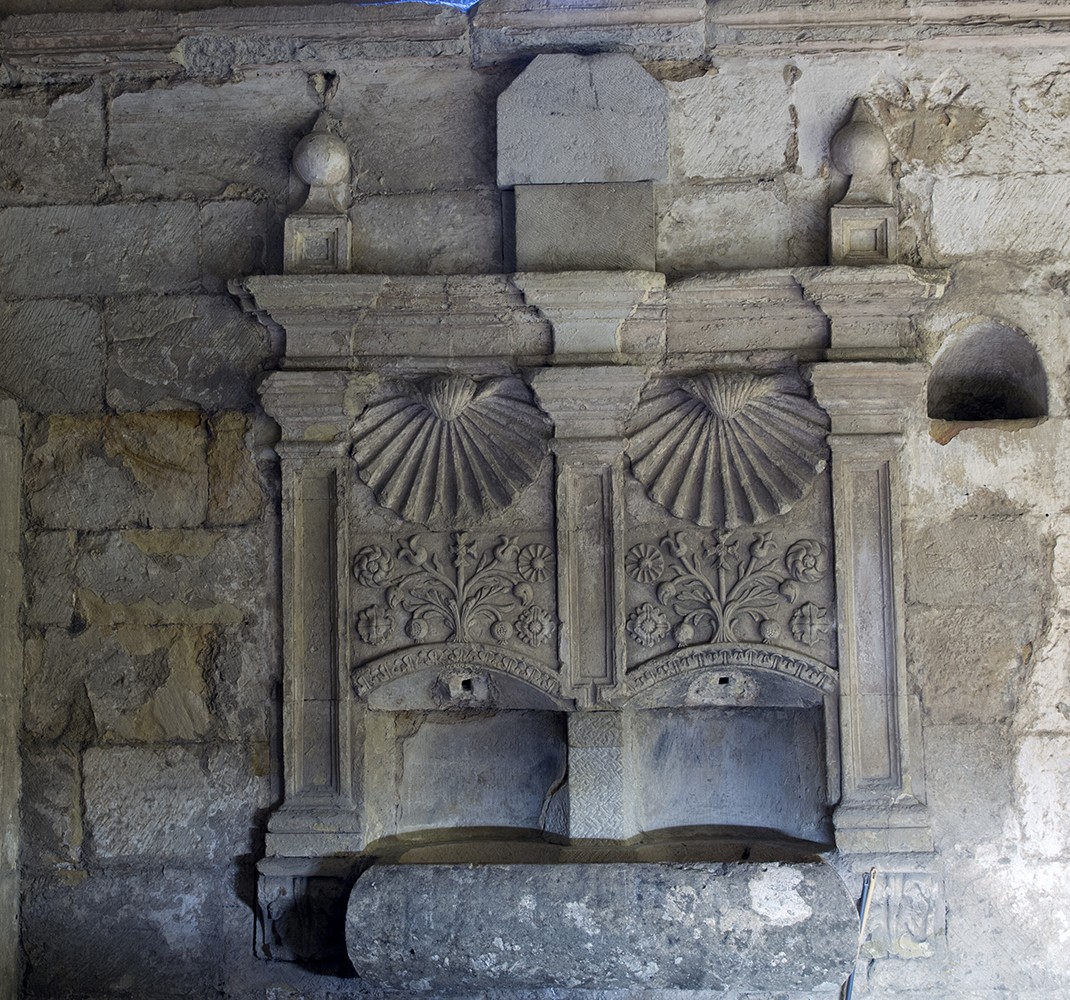 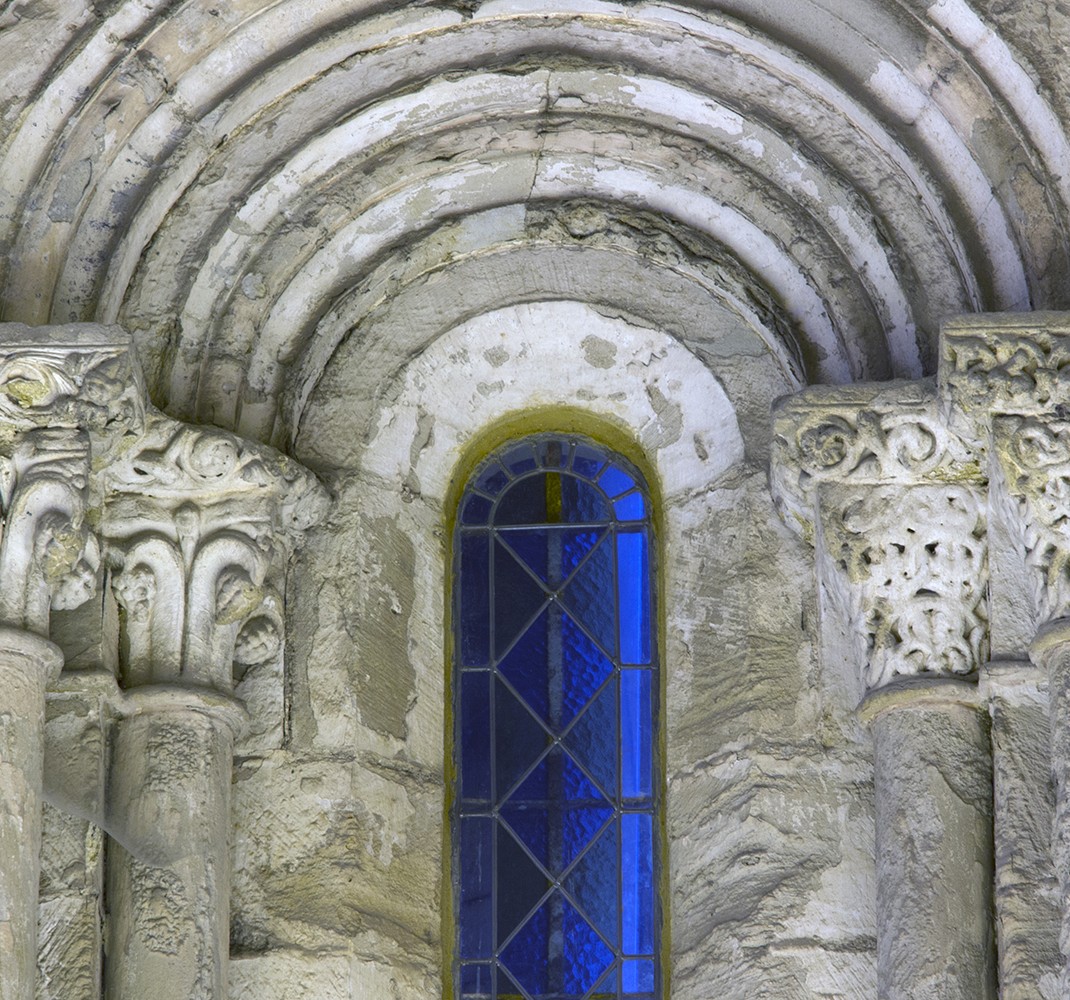